Historically, How Bearish Has A 'Bearish Outside Week' Been On The ASX200? 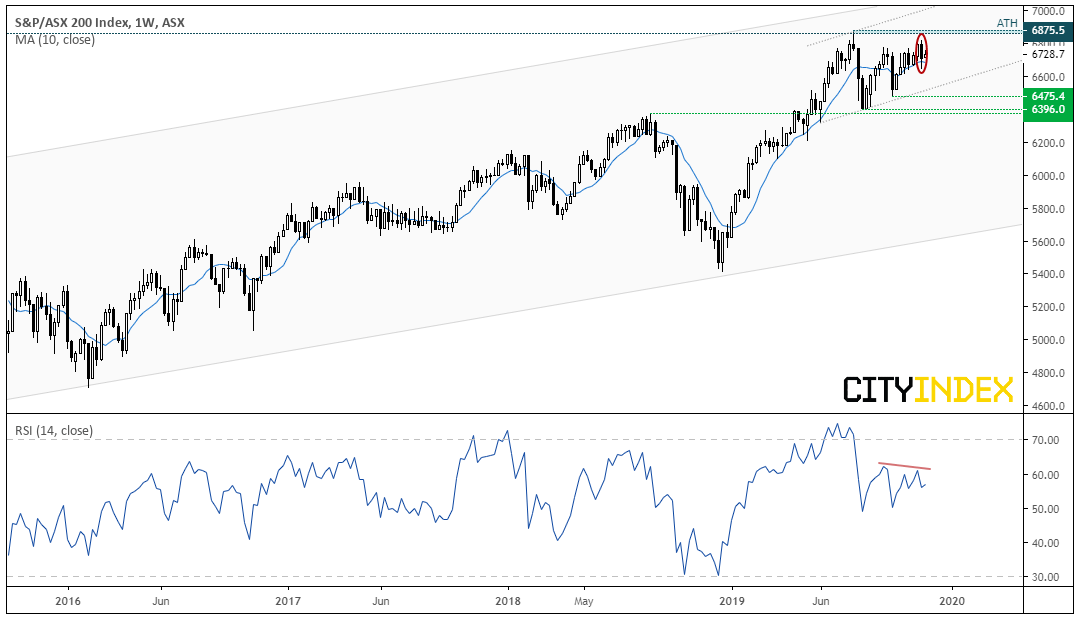 By Friday’s close, the ASX200 had produced a bearish outside week after failing to hold above 6,800 which raises the potential for some mean reversion. Given the slight bearish divergence forming with RSI and the clear loss of momentum leading it back towards its all-time high, we explore the bearish potential of this classic candlestick pattern to see if it can pull the rug from under Santa’s rally in December.

As we’re testing a bearish pattern, ideally we’d want to see negative returns with a % bullish rate below 50%. 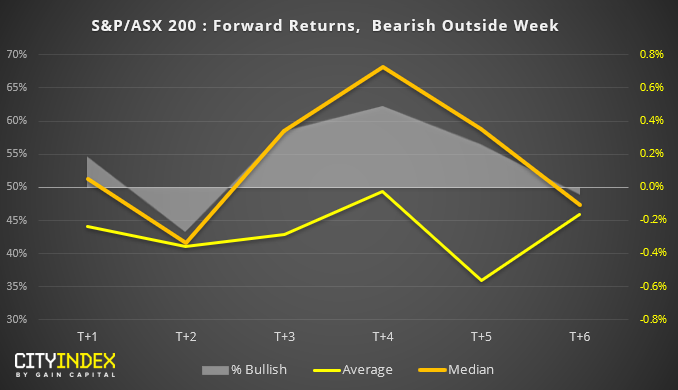 However, as this filters all bearish outside candles, trend direction has not been considered. So next we apply a rule where the pattern must close above or below its 10-week average to denote a basic trend filter. 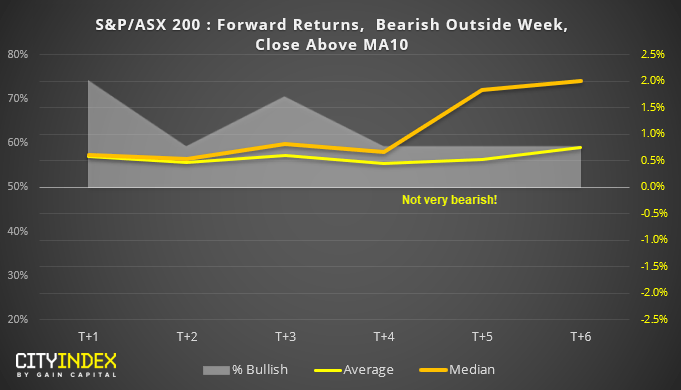 Bearish outside day with a close above its 10-week MA 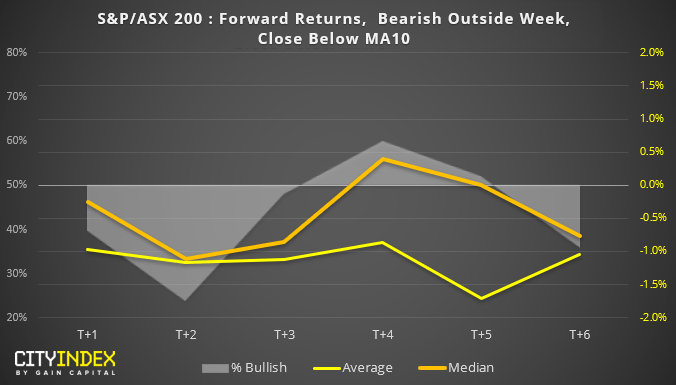 Bearish outside day with a close below its 10-week MA 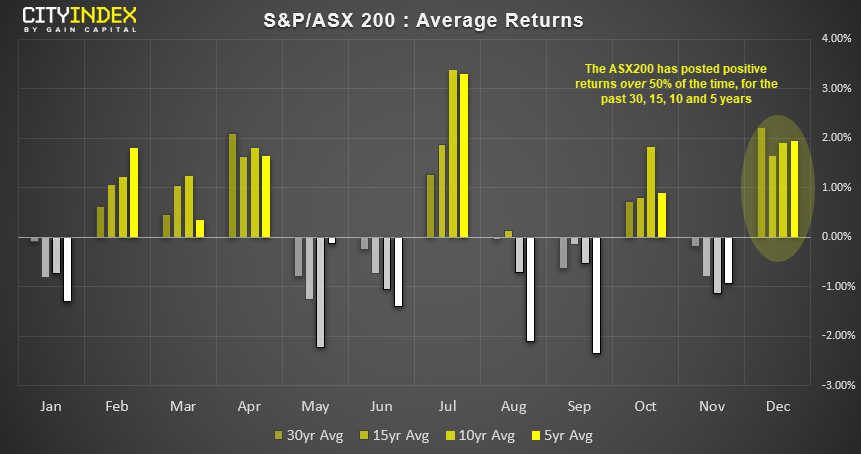 Related Analysis (City Index):
ASX200: The Long And Short Of It | NAN, GXY, REA, BPT
Weekly and Monthly Bearish Engulfing Candles Appear On DXY - But Just How Grizzly Are They?
How WTI Has Traded Following Bullish Spikes Of The Past
Forward Returns Following A US10-2 Year Inversion
Bitcoin: Do Volatile Bullish Sessions Lead To Further Gains?