This has been a tough week to trade, no doubt.  Whether it be headlines from our friends the “sources” or a tweet from the President that there is a “witch hunt” against him, the markets have been paying attention to these one-liners and moving significantly on them.

The latest headline is that the white house is weighing limits on US Portfolio inflows to China.  USD/JPY was up nearly 35 pips from the London open right before the headline came across the wires, as can be seen on the 1 minute chart below.  After the release of the headline, the pair gave back all those gains.  Anyone who had bought the London open was flat or negative after the headline. 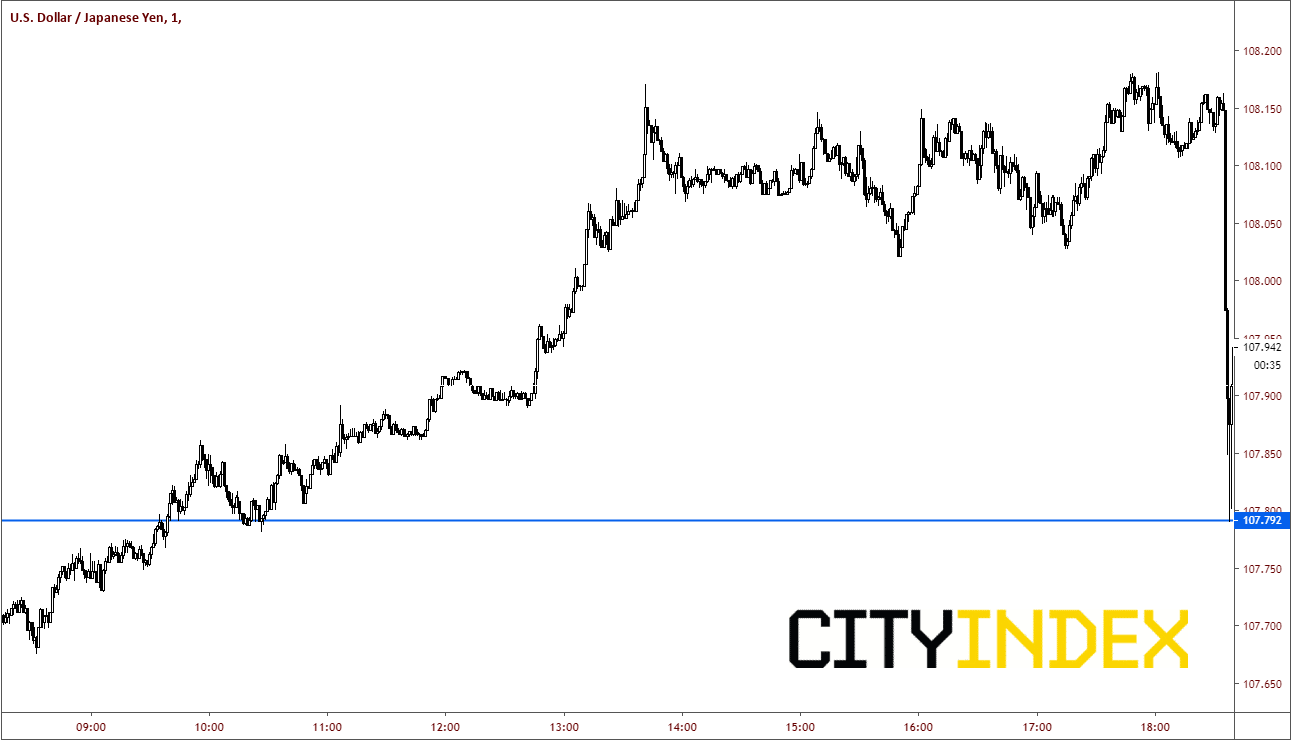 On Tuesday, “sources” revealed that US House Speaker Nancy Pelosi was going to announce an Impeachment Inquiry into President Trump.  SPX500 sold off roughly 18 handles on the headline, as can be seen on the 15-minute chart below. However, the market halted its decent when Trump retaliated with a tweet in which he said he would release the transcripts of the phone call between him and President Zelensky of Ukraine. (No real surprise the market stopped near 2980.  There was horizontal support at that level going back a week).  1 hour later, a headline came across that Nancy Pelosi was going to continue with the Impeachment Inquiry and have a press conference at 5:00pm. Stocks sold off another 20 handles. Anyone who bought the support level previously was flat after the “sources” statement, and anyone who bought the support level after the Trumps tweet, was out of the money very quickly after Pelosi’s announcement about the 5:00pm press conference. 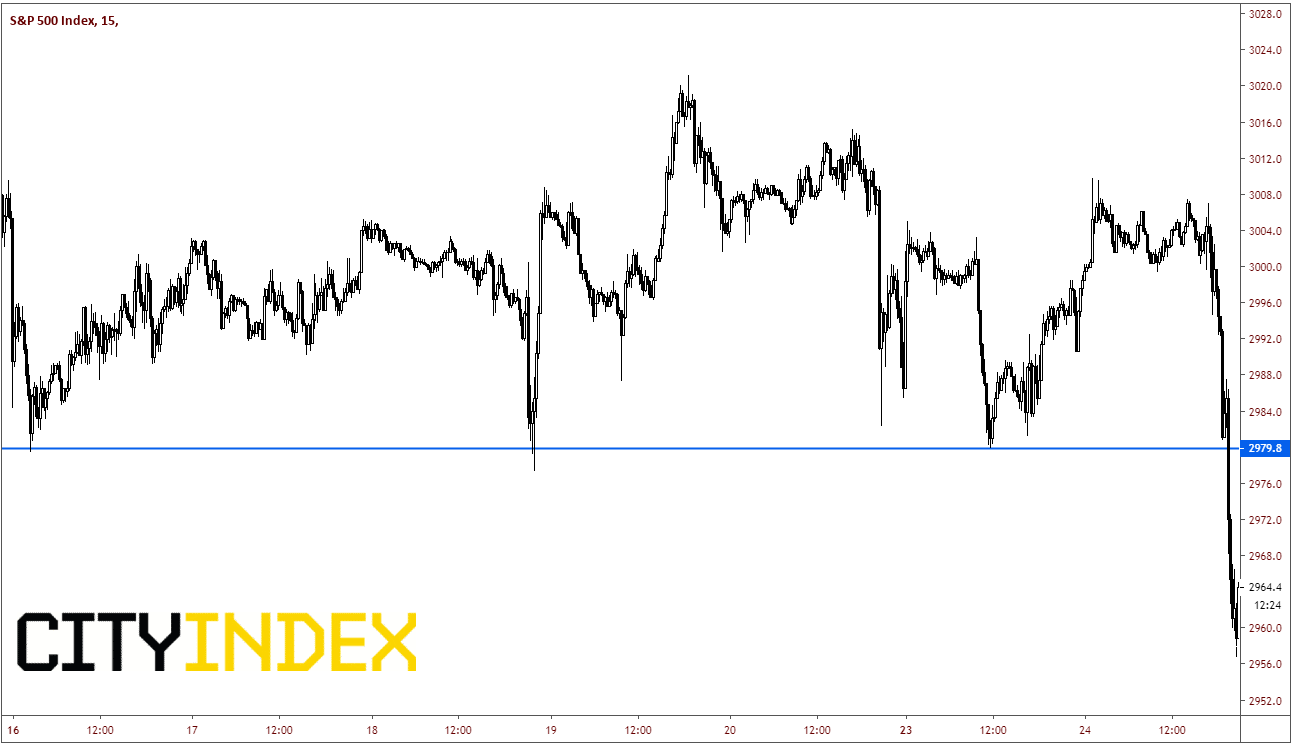 These are just a few examples of the headlines that were thrown at us this week.  How can one trade this market and not get burned?  Two words: TIGHT STOPS.  If headlines continue to come at us like this, one could enter the market and immediately place a tight stop, in order to avoid volatility from headline shocks.  If you enter a position and the market moves in your direction, one may want to consider moving the stop closer to the current price or use a trailing stop.  This will ensure locking in profits, or at the very least, reducing loses.