Crude oil and gold both fell further and stocks rallied after the US President made no mention of military action against Iran and called for peace. Donald Trump added that Iran "appears to be standing down" after Tehran hit air bases housing US forces in Iraq in retaliation to the killing of Iranian General Qasem Soleimani last week. However, it remains to be seen whether the situation will now de-escalate further or we see further response from Iran.

Following Trump’s speech, gold fell back to retest the highs from last year and key support around $1555, where it bounced back slightly. The buck-denominated safe-haven metal was also hit by a surging US equity market and a rebounding dollar. The latter found support on the back of a solid jobs report from the AFP. This showed private US non-farm payrolls rose by more than 200 thousand last month, some 40K more than expected. If this is anything to go by, then Friday’s official non-farm payrolls report could beat expectations again.

Still, regardless of what happens in the short term, I remain fundamentally bullish on gold because of an overvalued US stock market and central banks’ desire to keep global interest rates at these extraordinary low levels. What’s more, there is the potential for the US-Iran situation to escalate.

Technicality, the above-mentioned $1555 level is pivotal and for as long as price holds above it, the potential is there for gold to extend its rally further despite the apparent de-escalation of the US-Iran situation. But if gold were to go back below the $1555 level and hold there then this could mark the end of the rally - at least for a while. In that case, we may very well see a correction before the rally potentially resumes at some point down the line. So, watch price action around $1555 closely this week. 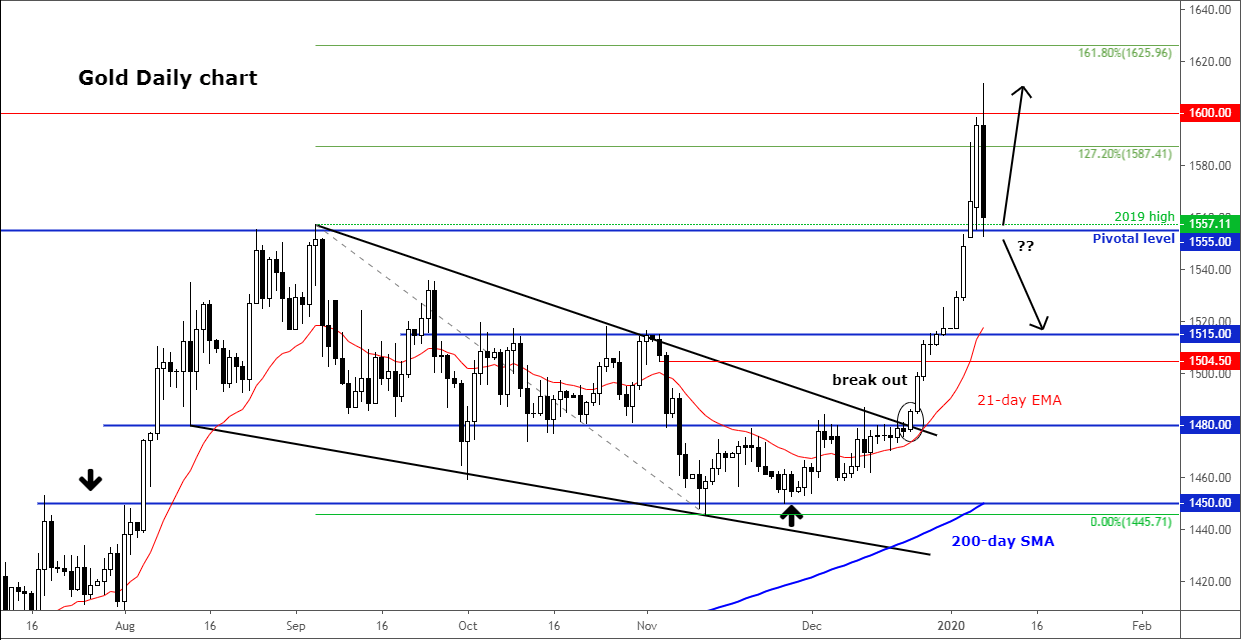 Gold holds above the 200 DMA at the start of the NFP week
By:
Fiona Cincotta