The hole Glencore has dug for itself of late is hardly a mystery. It has been at the heart of the production of Cobalt, used in electric vehicle batteries, since it began buying stakes in the Mutanda mine in Congo, 12 years ago. More than two thirds of global Cobalt production is mined there, making Glencore the world’s biggest producer. Alas, prices have crashed 70% from inflated heights since March 2018 as a frenzy of buying on shortage fears proved misguided when supply outstripped demand. As a result, the group will shutter production this year at a cost of $300m. Glencore’s profit collapse is just its latest headache. It also faces total fines of as much as $8bn related to corruption probes by the U.S. Department of Justice and other global regulators. And partly due to an over emphasis on Cobalt, the group has missed out on an iron-ore rally that buoys profits and shares of its FTSE rivals. Unsurprisingly, Glencore sharply underperforms the FTSE 350 mining index with a 22% slide this year. 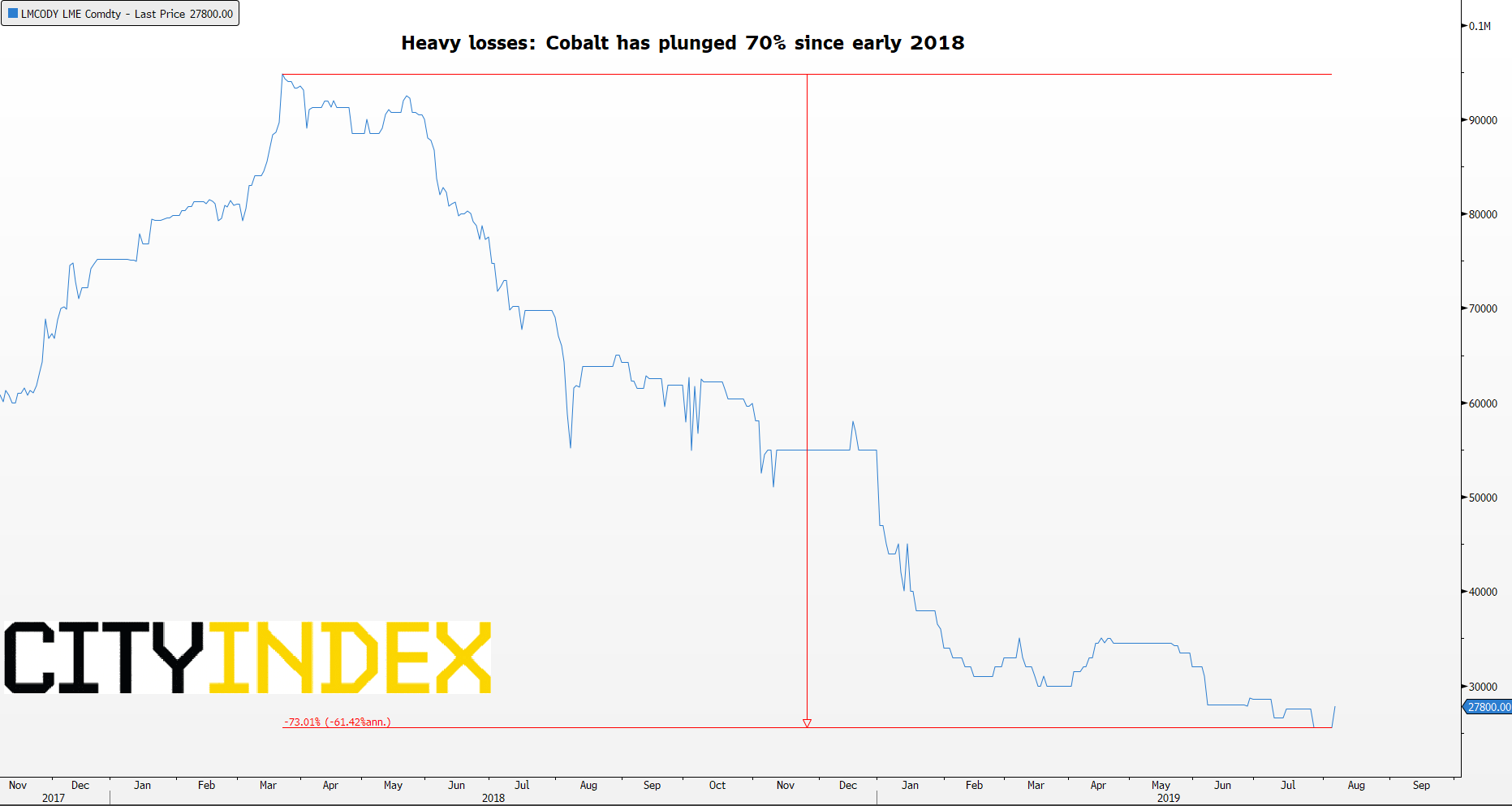 Despite its woes and rising debt, the group appears to have calculated that stock price weakness would be worse if it wasn’t so generous with cash surpluses. Glencore is sticking with a target to buy back $2bn of stock this year. It has $900m to go.

CEO Ivan Glasenberg remains “confident that our commodity basket’s fundamentals will move in our favour”. The group is thereby staying laser-focused on Africa, where it has “identified a credible roadmap towards delivering on the significant cashflow generation potential”. For sure, cash generated from operation was a robust $5.4bn in H1, albeit down 21%. But net cash also fell, standing at $1.83bn from $2.2bn in H1 2018. Net debt has edged up to the upper end of the group’s target range. Net debt now outstrips Glencore’s underlying earnings by 2.3 times, the worst ratio among FTSE rivals.

In short, Glencore has gone back to the good-old-bad-old days, just a few short years after getting back in shape following the 2014-2015 commodity price collapse. Its optimism on the outlook is out of step with rising concerns on commodity demand and the U.S.-China trade war, which shows little sign of calming. Glencore shares may well turn out to be a leading indicator for the sector, but its own challenges suggest further downside is inevitable over the remainder of the year.

GLEN’s steady decline along a clean falling trend since late 2017 accelerated sharply in April in line with deteriorating cobalt prices. The dive culminated in a battle with a confluence of historical supports spanning the recovery years of 2016 and 2017 and an attempted bounce from last December’s correction low. That battle has ultimately been lost after a climactic 20% dive since end-July. The key declining trendline is now the last bastion of credible support before 171.53p. That was the 1st September 2018 kick-off point of an up leg that topped at 330p in February the following year. 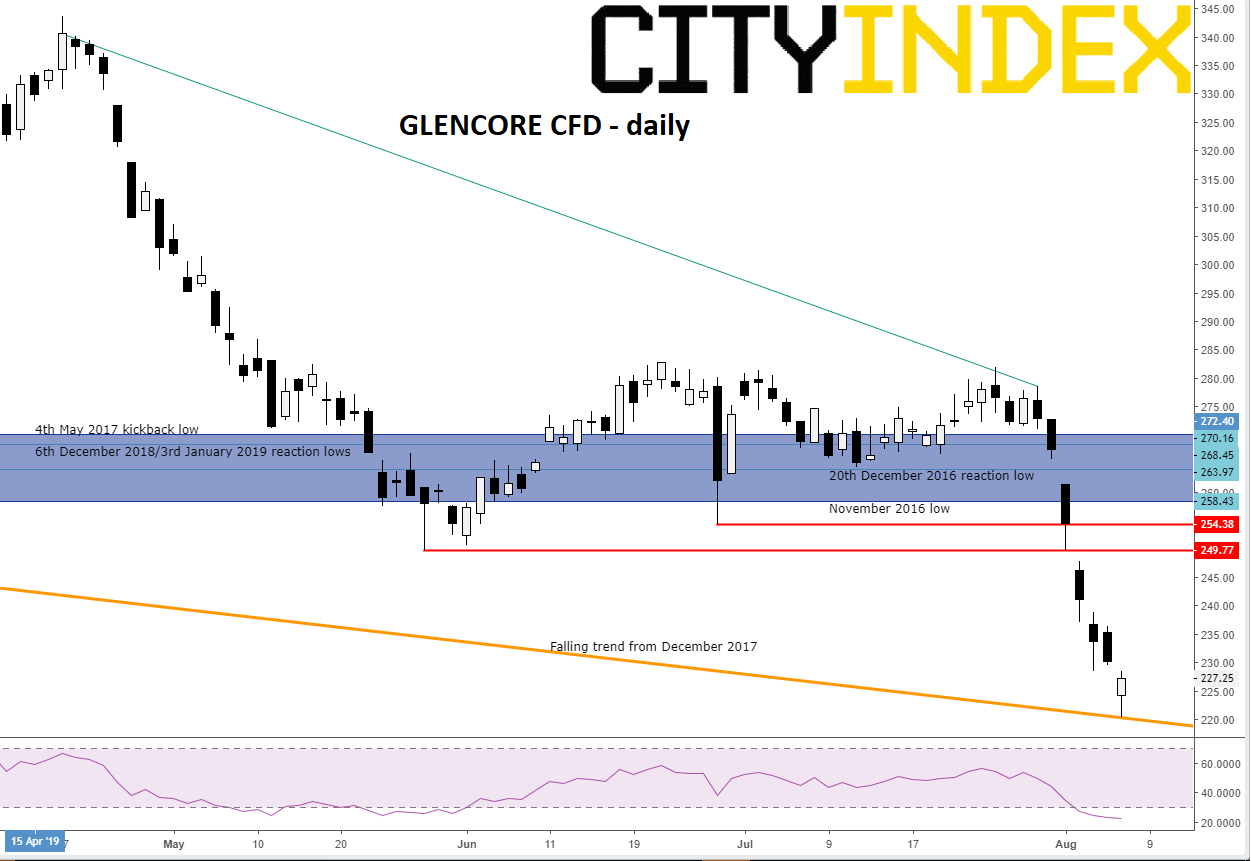