By :
Fiona Cincotta
,  Market Analyst
After dropping just shy of 5% across the previous two sessions, the Dax is rebounding in early trade on Tuesday.
A risk on correction amid China strengthening its currency and rebounding German factory orders are providing support to the Dax.

Factory orders impress
Following an onslaught of negative news coming from Germany, stronger than expected factory orders data is some welcomed good news. German factory orders jumped 2.5% in June, well above the 0.5% increase forecast and ahead of the -2% decline in May. Stronger factory orders could indicate a strengthening economy. However, factory orders are notoriously volatile, and it is unlikely that we are seeing a marked turning point in the ongoing manufacturing slump. German economic growth is expected to have declined in the second quarter with a technical recession almost inevitable later this year as slowing global demand amid the ongoing US – Sino trade dispute hits Europe’s largest economy.


US- Sino trade dispute
The ongoing trade dispute remains in focus on Tuesday. China revalued the yuan following a formal accusation from the US treasury of currency manipulation. The move by China has improved market sentiment after yesterday’s massive sell off in the wake of China allowing the yuan to devalue to its lowest level in over a decade. China showing they mean business in the previous session sent traders scrambling towards safe havens, today that trade is unwinding, and investors are moving cautiously back into riskier assets.


Dax traders will continue to watch developments in the ongoing trade dispute. German industrial production data tomorrow will be closely monitored for further clues as to the likelihood of a recovery in the German economy.


Dax levels to watch:
After shedding 1.8% in the previous session, Dax is on the rebound. Currently testing resistance at 11735. A failure to break through this level could see the Dax sell off targeting 11620 before 11520. Should the Dax pierce 11735 further resistance can be seen at 11870. 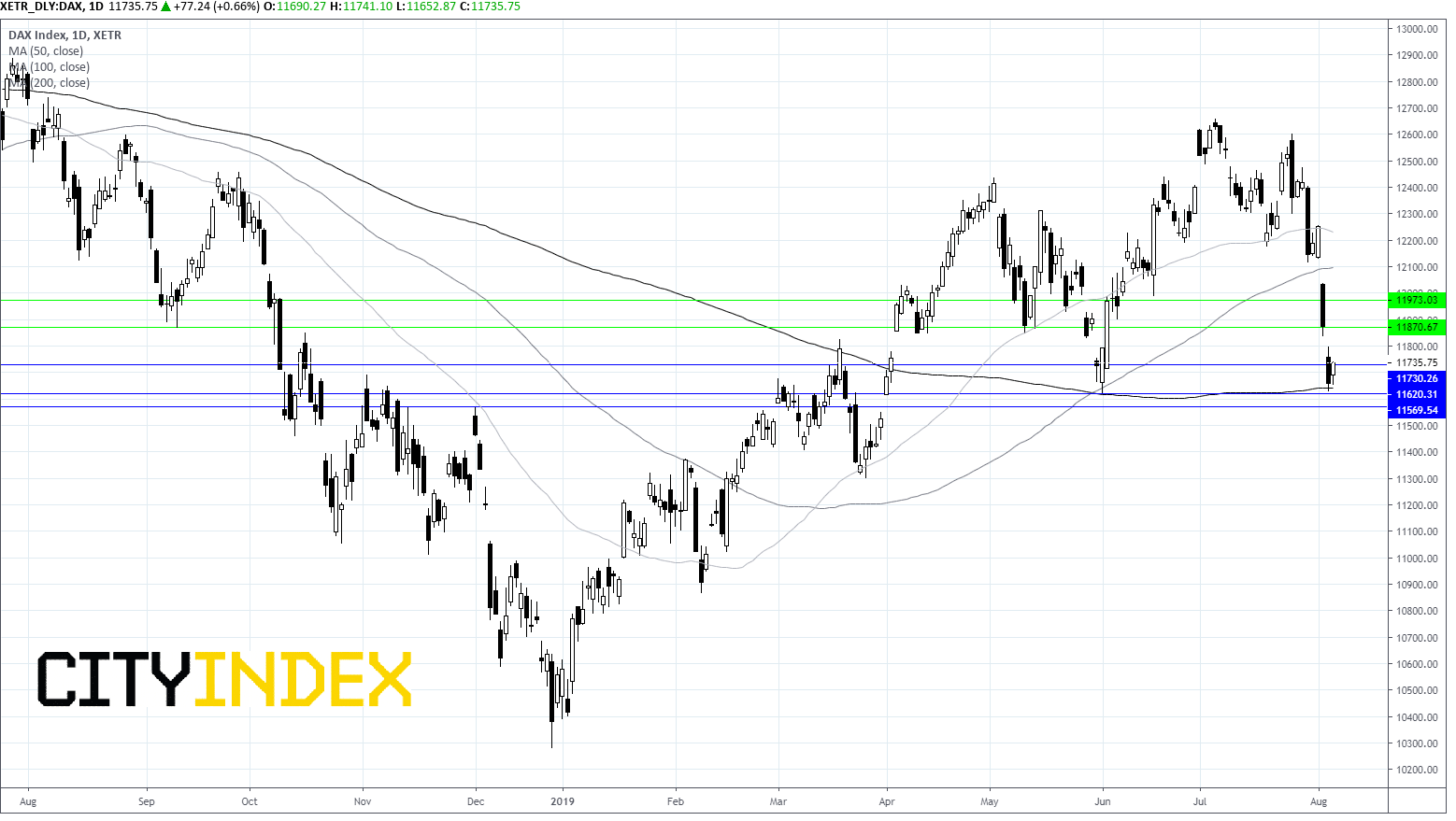 And the awful data begins....
By:
Fiona Cincotta