GBP/USD traders have 1.4000 in their targets, but then what?

GBP/USD traders have 1.4000 in their targets, but then what?

Recent speakers from the BOE have been continuing to push the theme that they do not intend to move interest rates into negative territory. The latest speaker was BOE Deputy Governor Ramsden who noted that the bond buying program remains the most immediate economic stimulus option.  He also said that negative rates represent contingency planning.  These comments come after the BOE meeting on February 4th, in which Governor Bailey indicated the central bank did not mean to imply the BOE would use negative rates, just that banks should prepare for it.

GBP/USD has been moving higher since the BOE meeting, and today, the pair is nearing the psychological 1.4000, trading as high as 1.3985.  A close today above 1.3900 would be bullish for the pair as will have closed above the upward sloping trendline on the top of the channel and wedge the pair has been in since mid-September and mid-December respectively. 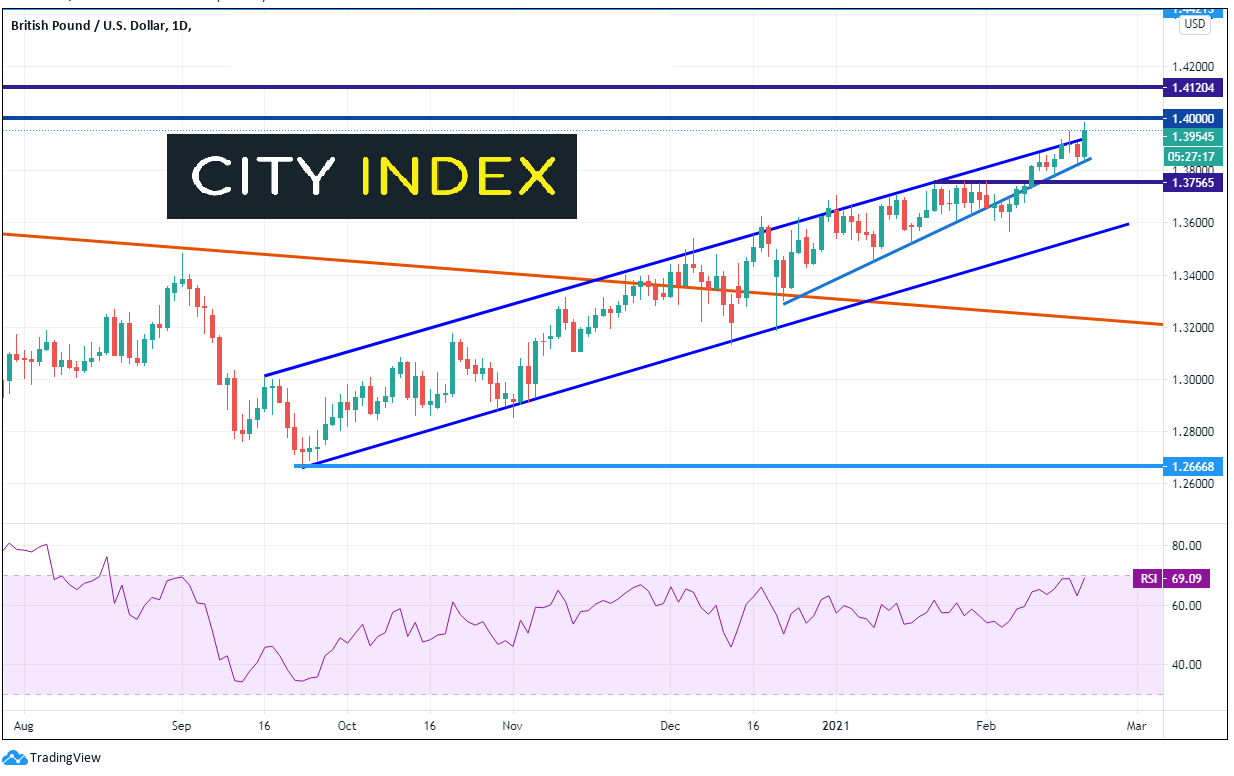 However, on a 240-minute timeframe. watch for GBP/USD to pull back in the event the 1.4000 is reached.  The pair has put in 3 higher highs while the RSI has put in 3 lower highs, and indication of a potential reversal. 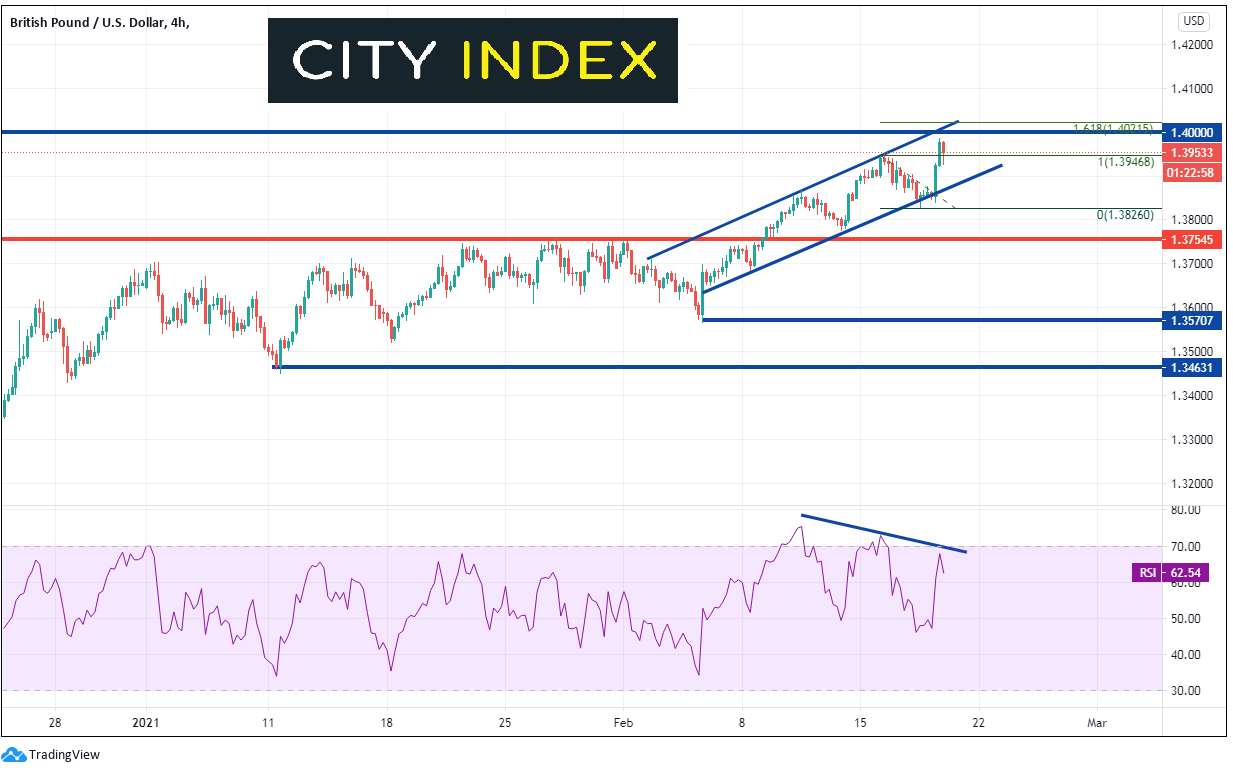 First support is the bottom upward sloping channel and today’s lows near 1.3853.  Next support level is horizontal support near 1.3754 and then the upward sloping trendline of the channel near 1.3570, which also confluences with the February 4th lows.

Immediate resistance is the psychological round number at 1.4000. The confluence of the top trendline on the short-term channel and the 161.8% Fibonacci extension from the February 15th highs to yesterday’s lows, near 1.4022, is the next resistance level.  Then,  horizontal resistance level is near 1.4120 dating back to April 2018 (daily chart)

As BOE members continue to talk about NOT using negative rates as part of monetary policy, GBP/USD has gone bid.  However, if inflation expectations continue to grow in the US, and the US Dollar moves higher, watch for the possibility of GBP/USD pulling back.  Until then, 1.4000 remains the next level to watch!