Earlier, the Eurozone released its Producer Price Index (PPI) data for APRIL, which was 1%, vs an expectation of 0.5% and 1.1% in March.  No big deal, right?  Old data.  But theoretically, PPI feeds in the Consumer Price Index  (CPI) in subsequent months.  On Tuesday, the Eurozone released its CPI data for MAY.  (Why they release April PPI after May CPI, I have no idea!).  May’s CPI reading was 2%.  This is the highest reading since October 2018.  The ECB has a target inflation of just below 2%.  However, as with the US Fed, the ECB assumes the inflation is due to base effects (which is probably true, given where the economy was last year) and temporary factors (aka transitory).

Looking further into inflation, the IHS Markit Eurozone Manufacturing PMI was also released earlier this week.  The reading for May was 63.1, the highest ever.  Similar to the US, which we discussed in the Currency Pair of the Week, the EU is having a big supply chain issue.  As a result of increased demand and lower supply, prices are rising.  The output inflation was the highest in 18 years!  The ECB meets next week. Recall that at the March meeting, the ECB increased the pace of their bond buying.  The question that traders will be looking for an answer to is “Will the ECB cut back on the pace of bond buying to pre-March levels, increase it to try and lower inflation, or keep it unchanged?”

EUR/USD formed a shooting star candlestick on a daily timeframe.  We discussed shooting stars in our most recent webinar on candlestick patterns and how they tend to be 1-day reversal patterns.  Today, price broke lower below the bottom trendline of an ascending wedge, which was discussed in our webinar last week on Chart Patterns.  Last Friday, price had a false breakout below the wedge.  Can it happen twice within 4 days? 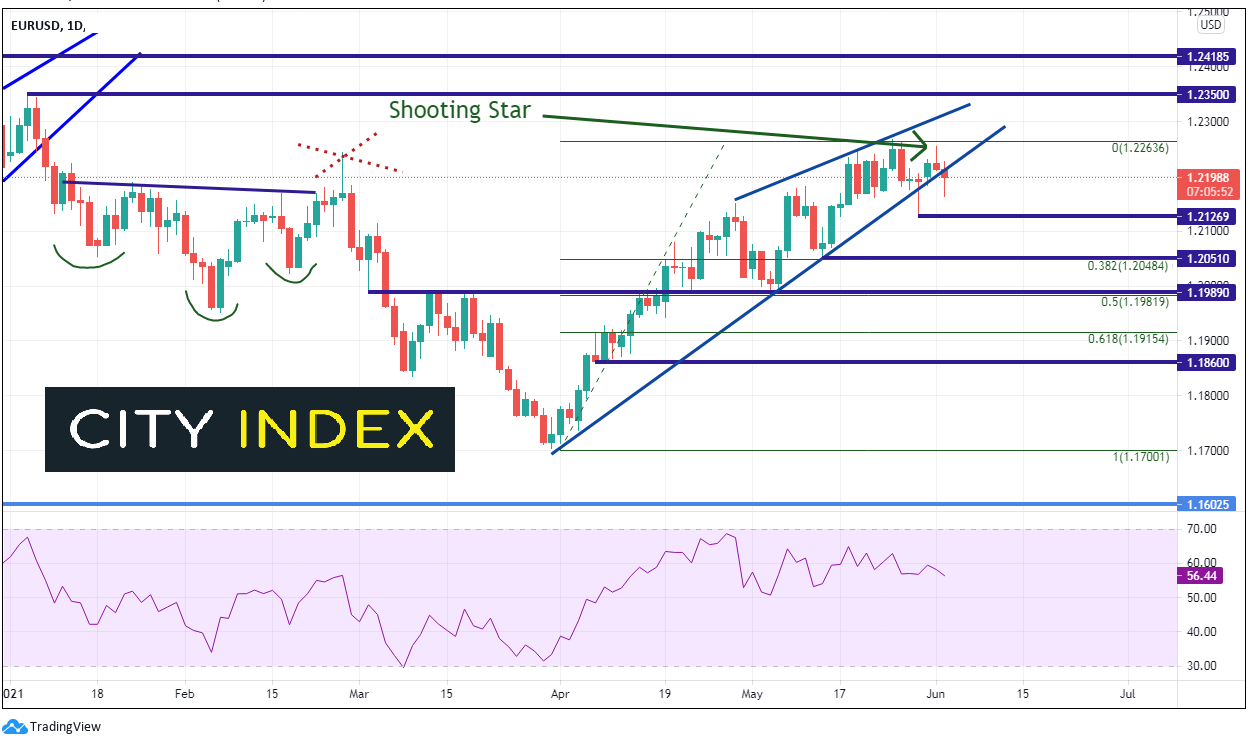 On a 240-minute timeframe, after breaking the trendline, EUR/USD held the 38.2% Fibonacci retracement from the May 5th lows to the May 28th highs near 1.2159.  The pair also formed a bullish candlestick formation.  Typically, the longer-term daily shooting star would trump a short-term hammer.  Thus far, EUR/USD is holding the upward sloping trendline. The next resistance above the near-term trendline is between 1.2245 (early Jan highs) and 1.2267 (May 25th highs).  Above there, resistance is at 1.2419, the highs from April 2018!  Support below the 38.2% Fibonacci retracement is at the May 28th lows of 1.2133 and the 50% retracement level from the same timeframe near 1.2161. Below there is the 61.8% Fibonacci retracement at 1.2093. 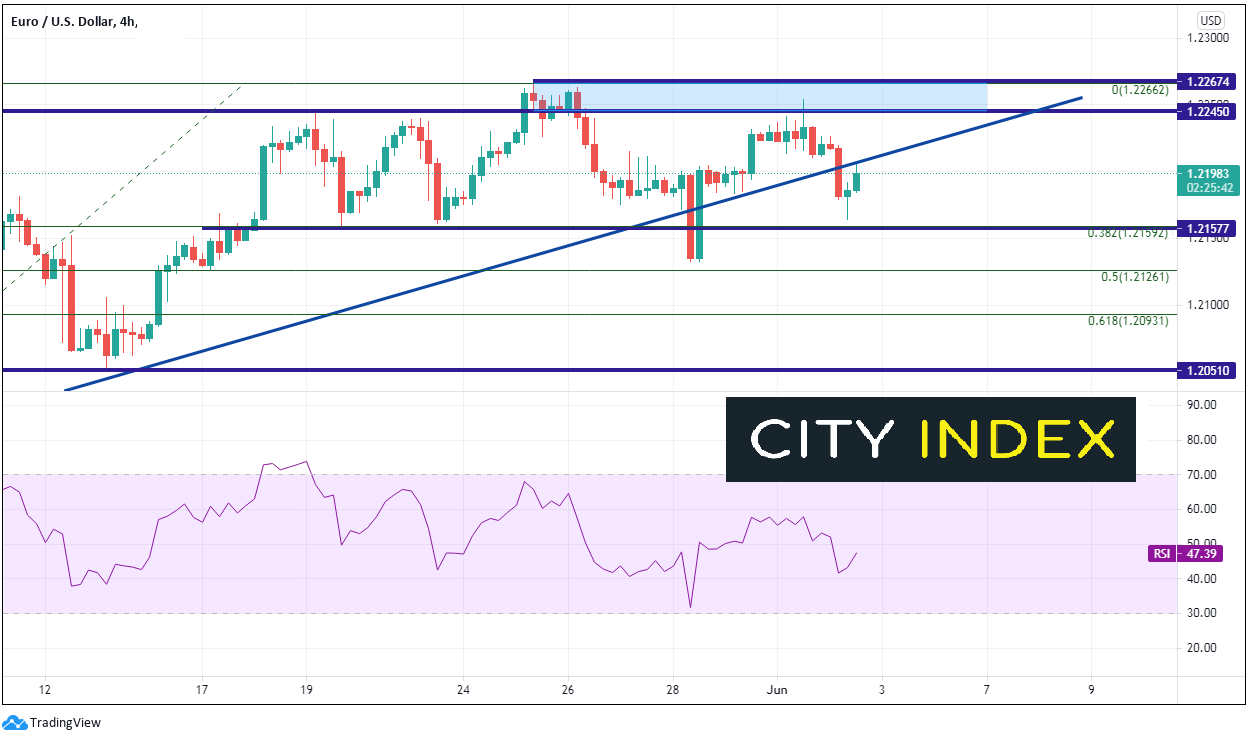 With the higher inflation data from the EU, the ECB is going to have a tough decision on its hands when they meet next week.  Will they reduce bond purchases, do nothing, or even increase them due to higher inflation?