Despite no obvious signs ECB have intervened, EUR/CHF sprang higher after warning of a bear-trap and warns in a change in trend. 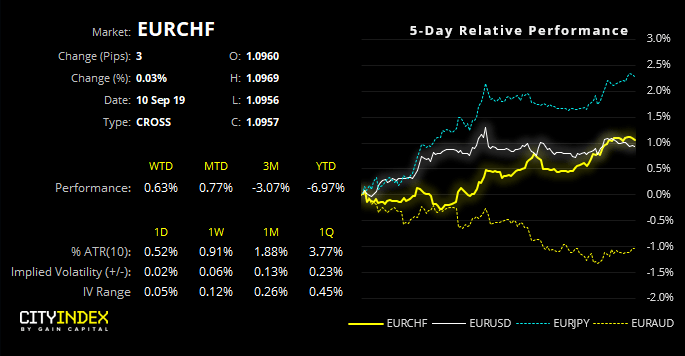 We’d noted that SNB had been intervening with their currency to prevent the Swiss franc from gaining too much traction, yet not by quite enough to prevent it from trending lower. This was slightly frustrating, as the trend continued to print lower highs and test key support levels, whilst at the back of our minds wondering if SNB were going to ratchet up the pressure and create a bearish shakeout. Well, it turns out they didn’t need to. 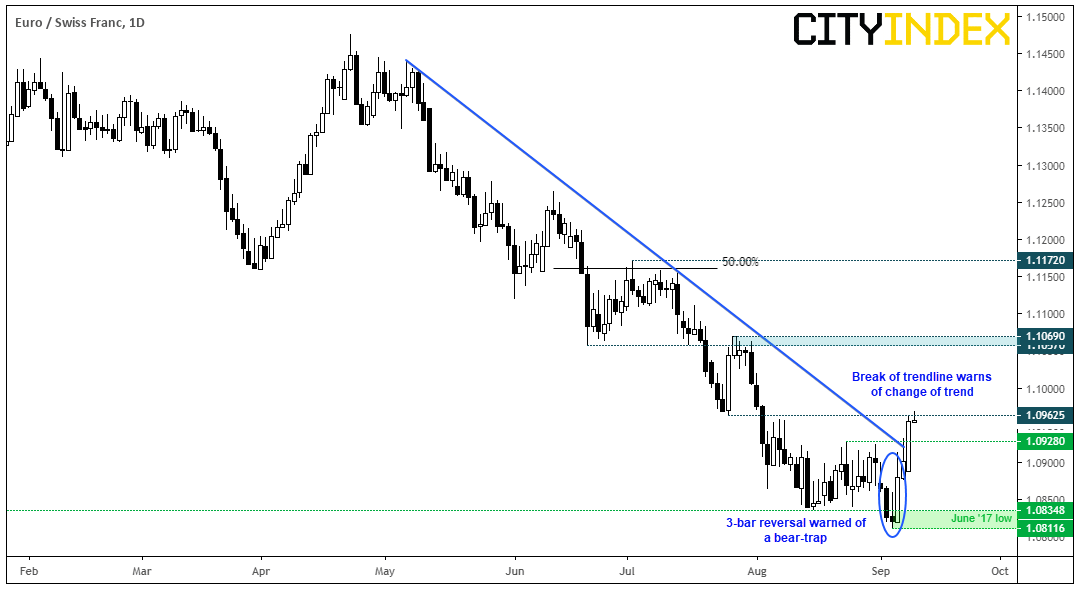 EUR/CHF has seen a clear shakeout at the lows and momentum suggests we could be looking at a deeper correction. Despite closing beneath 1.0835 last Tuesday, an inverted hammer on Wednesday warned of a reluctance to push lower. Thursday’s bullish engulfing candle took it firmly back above support and created a 3-bar reversal pattern (morning star reversal) to suggest a bear-trap had been triggered. Furthermore, yesterday’s clear break of the bearish trendline further suggests a new directional move could be underway.

Keep in mind that ECB are due to meet on Thursday, so Euro crosses will be prime candidates for bouts of volatility. Whilst markets are expecting a 10-20bps cut, we also need to factor in revised staff projections and potential for asset purchases (with many expecting them to move into equities). Either way, there’s a lot of expectation for ECB to act so, if these are not met adequately, we could end up with a higher Euro.