There main reasons given for the sharp deterioration in confidence were related primary to the Russian invasion of Ukraine.  The first was due to fears of low supply of natural gas.  The second was fears of a recession as the war sparked inflation, specifically in energy and good.  In addition, Italian was also worried about political uncertainty.

The ECB recently hiked rates by 50bps to 0.00%, despite falling consumer confidence levels and lower PMI readings.  However, inflation has been red hot and the ECB had to do something to try and slow it down.  The flash CPI is due out on Friday, with expectations of 8.6% YoY vs 8.6% YoY previously. Could we have hit peak inflation? 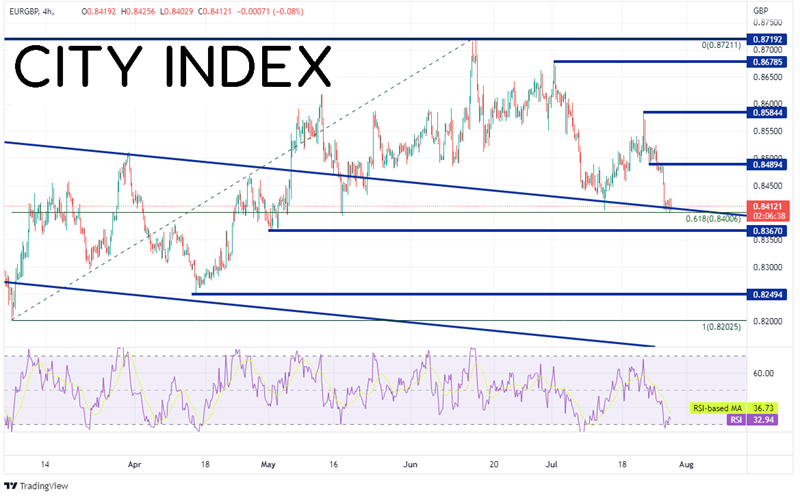 The Euro has been on the move lower as of late.  The increased inflation and fears of low supply of natural gas, combined with risk of a recession, are causing consumer sentiment in the Eurozone to fall to record lows. EUR/GBP is one of the currency pairs taking the brunt of the falling Euro.  Will it continue lower?  0.8400 is a key level to watch to find out!