That is despite the lender having signalled continued operational weakness when it launched its latest revamp plan just weeks ago. The battered shares, down 90% since June 2007, have ceded the remainder of gains made in what was looking like one of their better years, with a rise of as much as 17% by March on turnaround hopes. On Tuesday, the stock fell almost 6% at one point as it became clearer that such hopes are, again, forlorn.

Equities (to be wound down) - down about 30%; some clients exited before finalisation of a deal to transfer part of the book to BNP Paribas

Bonds - a historically strong business that will be retained, down 11%

Deutsche execs have taken the opportunity to warn that ECB and Fed rate cuts could yet upend the latest in a string of turnaround targets. Shares barely reacted favourably to DB’s plans outlined earlier in July, signalling deep scepticism from years of missed goals remains. Wednesday’s management comments can only undermine the credibility of the latest plans even further. Pledges to increase adjusted group revenues by 2% per annum and improve return on tangible equity to 8% from around 2% currently could be judged as has having a no better than 50% chance of being honoured. The bias for the stock should therefore indicate further reversal of optimistic gains made in the first half of 2019.

DBK remains a moveable feast for bears, despite a confident-looking advance earlier in the year apparently triggered by the stock’s lowest ever price of €5.801 in May. That is not a solid basis for gains in itself, so after a defeated at the hands of by a fairly innocuous looking resistance zone topped by €8 in March, the shares are now testing rising trendline support created by the upswing. Below here—assuming the RSI’s downwards drift is a reliable signal—the obvious near-term base case would be a return towards €5.80. To disrupt this theme, DB would need to first somehow escape the totemic-looking failure high of €7.49 on 8th July, before tackling the declining 200-day moving average. The chances of that happening in the near term are almost certain to be minimal. 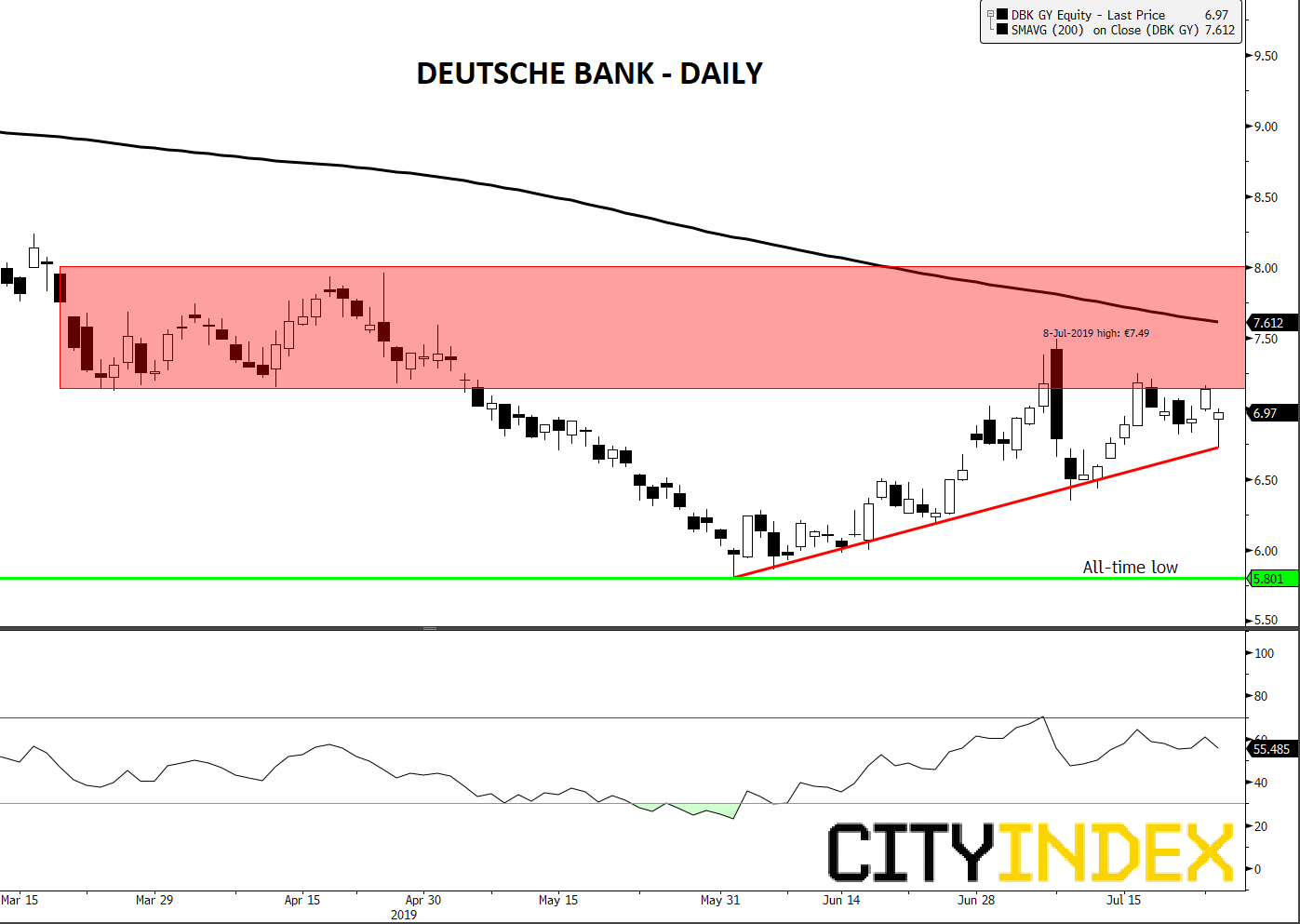