By :
Fiona Cincotta
,  Market Analyst
The DAX rallied across the morning as risk appetite returns to the markets. Political tensions across the globe, including Brexit, Hong Kong and even relations between the US and China have improved boosting risk sentiment.

News that the US and China are set for an October tariff meeting is music to the ears of traders. There has been a distinct lack of positive headlines surrounding the US – Sino trade dispute for months, with investors assuming that any form of agreement between the two powers was looking close to impossible.


Make no mistake, we have been here before. However, traders are so desperate for any piece of good news surrounding the trade dispute that risk appetite has taken a distinct turn for the better following the announcement.


Risk appetite has improved so much so that traders have been willing to shrug off dismal German factory orders data. German Factory orders dived -2.7% in July mom. These figures highlight the extent of the problems that the German industrial sector is facing as global trade slows amid the ongoing US – Sino trade dispute. Given the slew of gloomy data that has been pouring out of Germany, recession fears are growing


The German government has expressed willingness to provide economic stimulus should conditions deteriorate. This could offer support to stocks. However, the bottom line is that if a trade truce or agreement between the US and China materialises then things could start looking up for Germany quickly.
With no further German data due today, traders will look ahead to industrial production data tomorrow. Any further positive trade headlines could also lift the DAX higher.


Dax levels to watch:
The Dax has been in demand recently and is seen extending gains this morning. The Dax is currently attacking resistance at 12130 a break higher could see an attempt on 12170 prior to 12260. A break below 11995 would negate the current bullish trend and could see the Dax decline to 11920 prior to support at 11870. 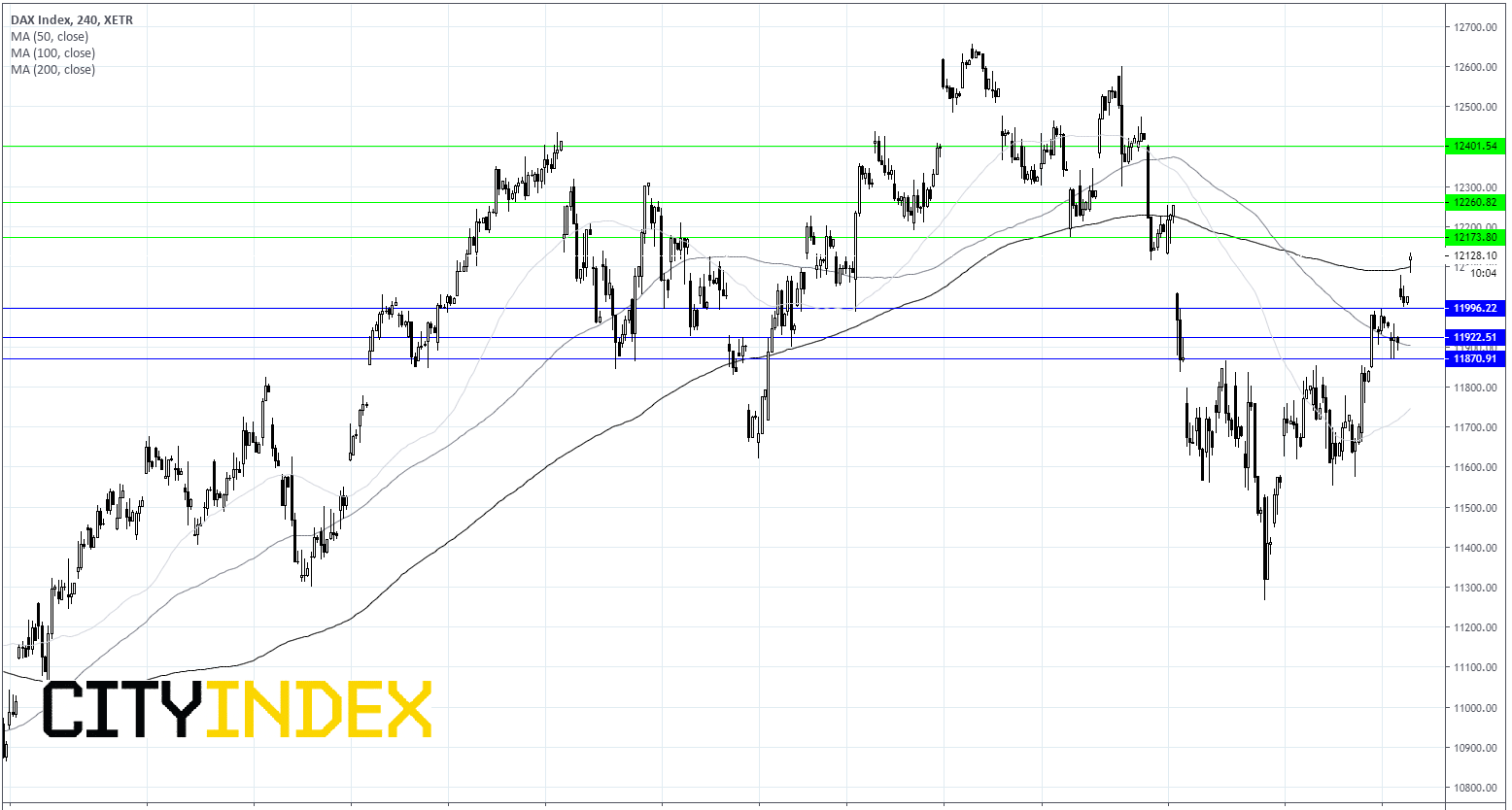 Could the PBOC allow USD/CNH to head for 7.000
By:
Matt Simpson