CPI even higher than expected. Is the inflation transitory?

CPI even higher than expected. Is the inflation transitory?

The April CPI (YoY) data released earlier was expected to be high due to a “basing effect”, or the manner in which the number is calculated due to last springs high inflation.  And indeed, it was, printing a 4.2% headline number (vs 3.6% expected) and 3.0% for the core CPI (2.3% expected).  OK.  That is the “transitory” part.  However, the month over month (MoM) print tells a different story.  The headline CPI MoM print was 0.8% vs 0.2% expected and the Core CPI MoM print was 0.9% vs 0.3% expected!  The core CPI MoM is higher than the headline number!

But, but, but, its transitory……

The month over month numbers are the part which doesn’t seem to be transitory.  The 0.8% headline number was the highest since June 2009 and the Core CPI print of 0.9% was the highest since January 1996! Did you buy a used car or truck last month? Prices were up 10% in April, the highest since the series began in 1953! What part of that is transitory?  Granted, some extreme increases such as this may come back down in the summer once stimulus checks are spent. But those are real US Dollars spent, not transitory US dollars.

10-year bonds sold off initially after the print and haven’t looked back since.  Strong horizontal resistance in yields is at the 61.8% Fibonacci retracement from the March 30th highs to the April 15th lows near 1.683.  Close resistance above is at 1.705.  If yields manage to get through there, they can run to the March 31st highs near 1.775. 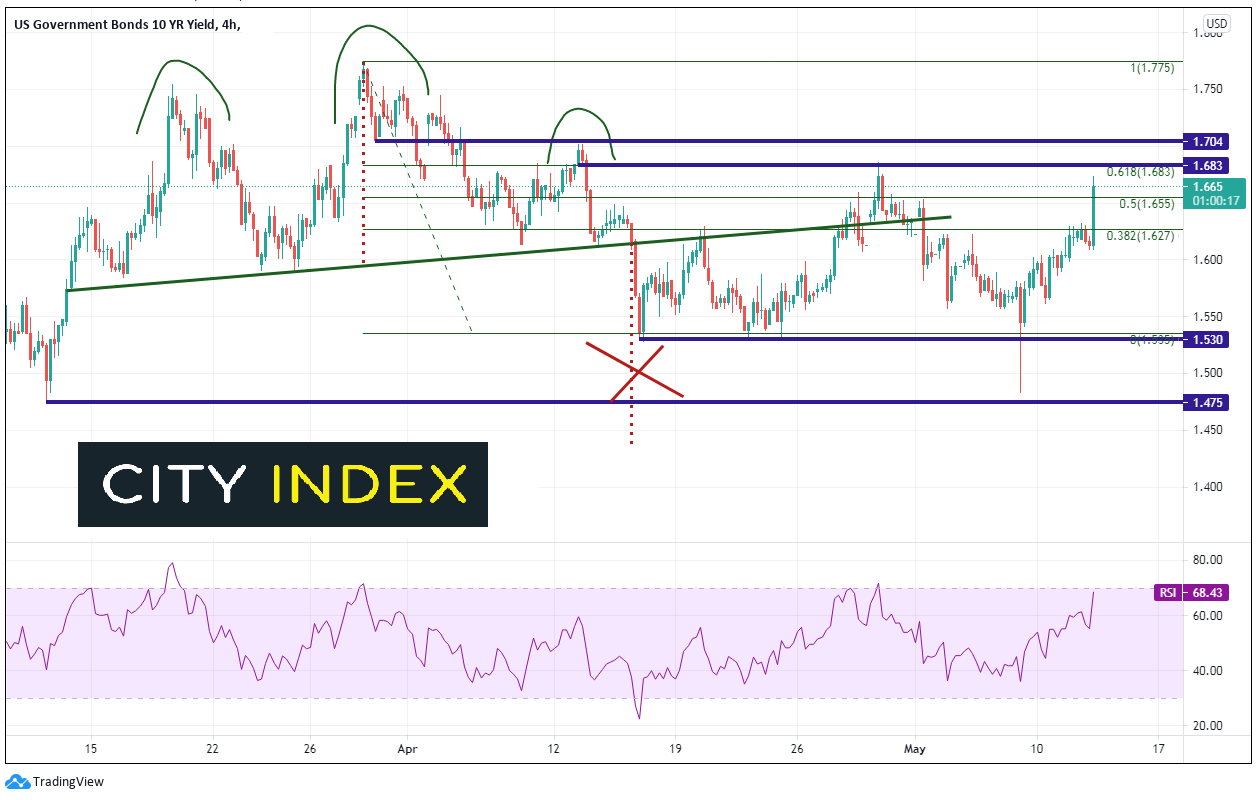 USD/JPY initially spiked on the release as traders as yields and the US Dollar rose.  However, it was quickly sold into as price approached horizontal resistance near 109.16.  The pair then reversed as US yields continued higher. USD/JPY and 10-year yields are correlated.  Therefore, if yields continue higher, so should USD/JPY. Resistance is at the 61.8% Fibonacci retracement level from the March 31st highs to the April 23rd lows near 109.63.  This confluences with the high on May 3rd at 109.70.  Horizontal resistance above is near 110.53. Support has at yesterday’s lows near 108.35. 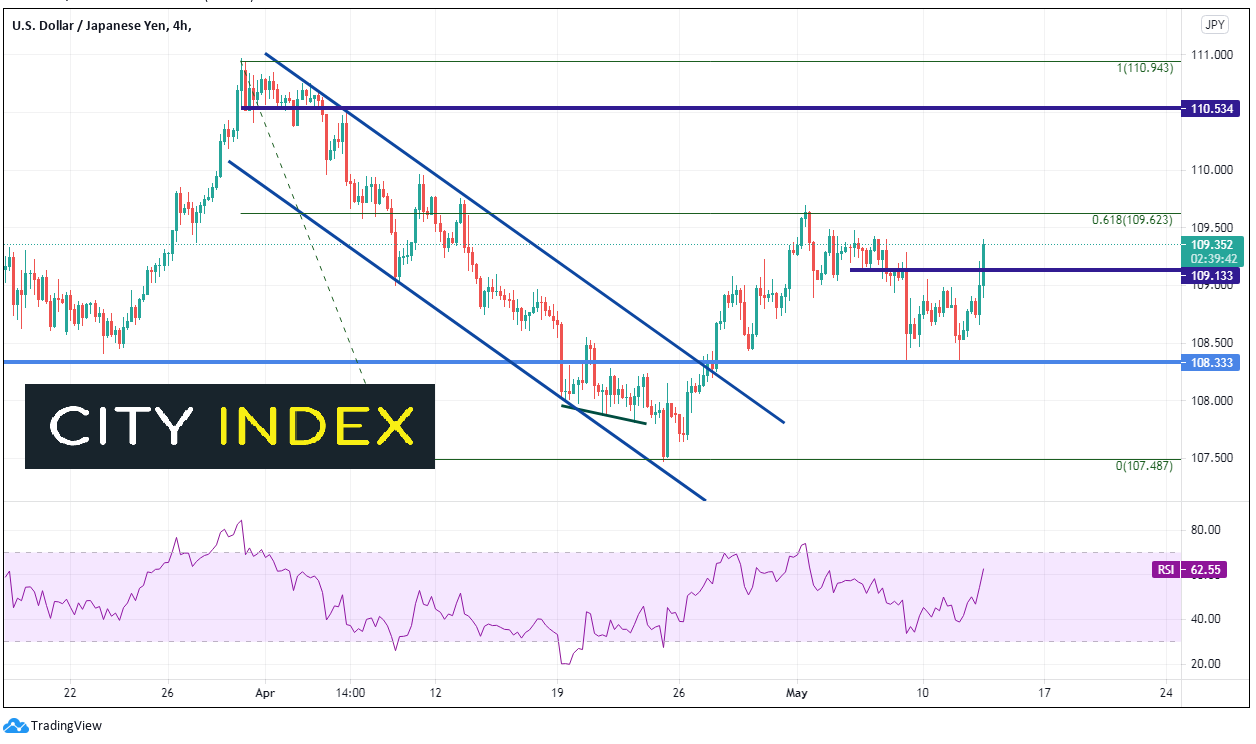 Yields and USD/JPY may continue to move higher in inflation concerns.  However, we’ll need the PPI data tomorrow to confirm if the CPI data will remain strong over the next few months. When will the Fed call the off the “tapering” dogs?