Bank of Mexico Cuts 25bps, USMCA Up Next

Bank of Mexico Cuts 25bps, USMCA Up Next

Expectations for the Bank of Mexico’s rate decision yesterday were for a cut of 25bps, and they delivered.  This was third meeting in a row that Mexico’s Central Bank cut 25bps, this time from 7.75% down to 7.50%.  Two of the five board members actually voted for a 50bps cut.  The Bank said in a statement that they expected growth in 2019 and 2020 to be lower than they had forecast back in August.  Overall inflation has decreased lately, however core inflation (ex food and energy) has increased.

But the overall theme that has been driving the Mexican Peso the last few days has been speculation that the United States-Mexico-Canada Agreement (USMCA) may soon be ratified by the House within the next week.  The Trump Administration hopes to pass the legislation by the end of the year.   House Speaker Nancy Pelosi said yesterday that a USMCA trade deal breakthrough could be imminent.  House Democrats had previously expressed concerns about enforcement of the agreement.

As markets prepared for the rate cut and dovishness of the statement on Tuesday, comments and rumors began swirling about the possibility of the USMCA getting ratified.  As a result, on Wednesday USD/MXN, which failed to push higher through strong horizonal resistance and the 38.2% Fibonacci retracement level from August 29th down to October 28th near 19.5000, put in a shooting star on a daily timeframe.  This is indicative of a potential reversal lower.  On Thursday,  price tried once again to push higher on with the dovish Bank of Mexico statement, only to succumb to the USMCA news and close the day with another shooting star formation.  Today the pair finally broke lower through the 200 Day Moving Average and is currently testing the upward sloping trendline that USD/MNX has been in since April 2018 near 19.2000. 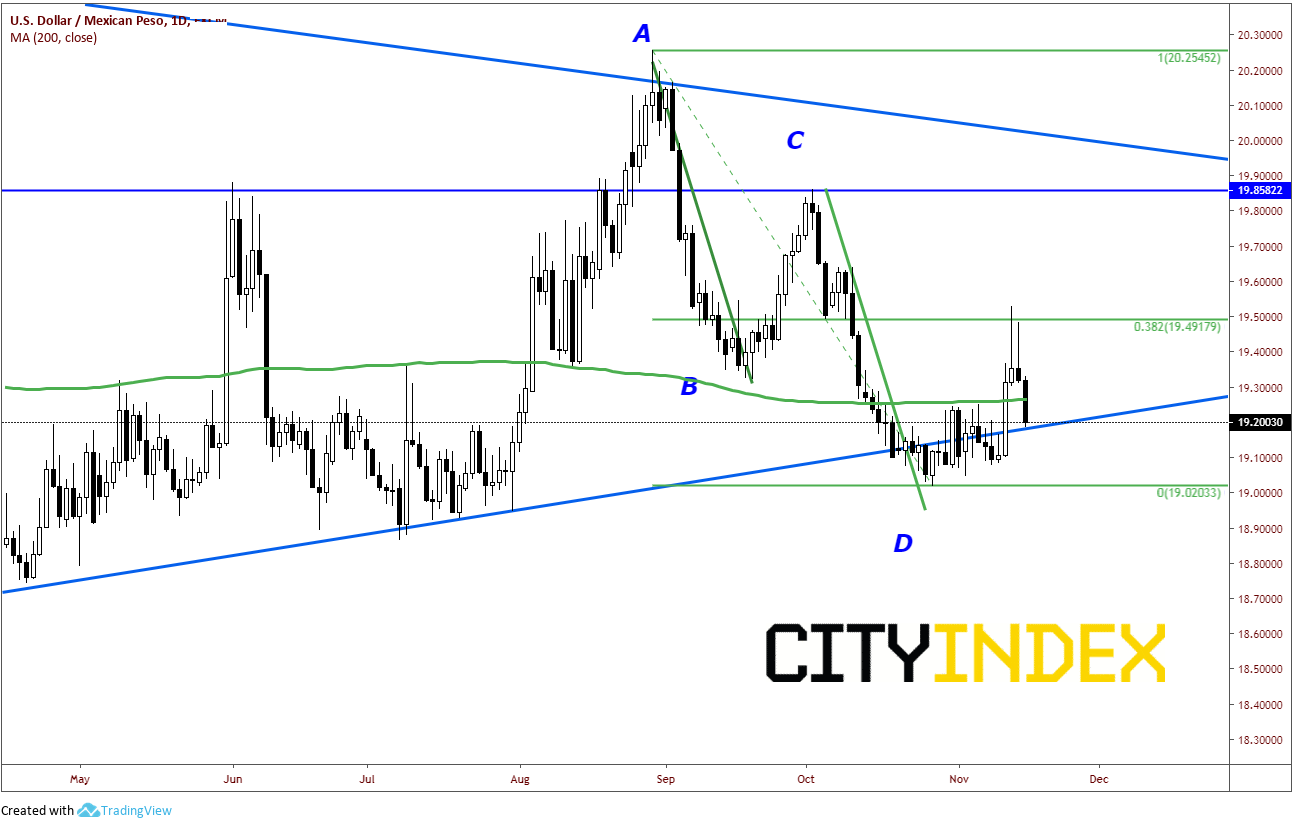 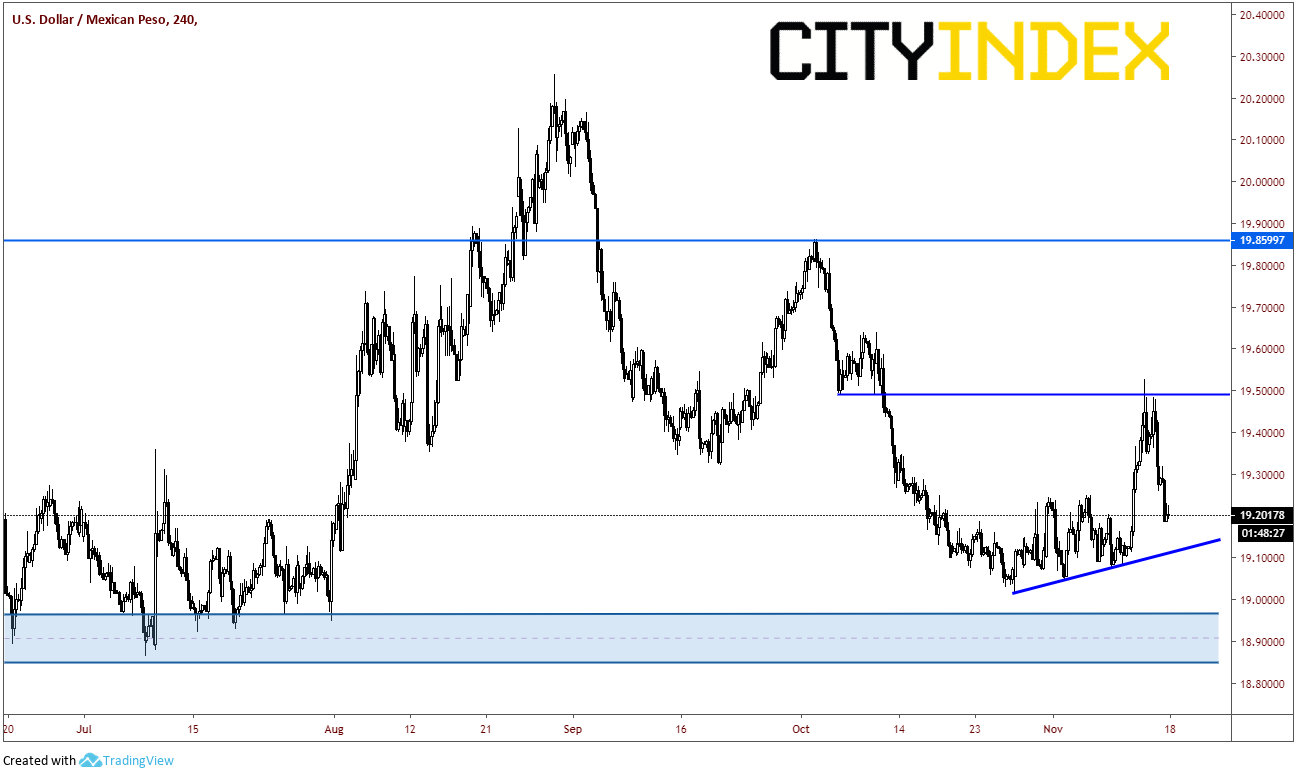 If there is continued news over that weekend that the USMCA is going to be ratified by the House sometime soon, there is the possibility that USD/MXN can gap lower below the rising trendline (on the daily timeframe) at 19.2000 on the reopen.