Will worse Canadian inflation data cause CAD to fall?: USDCAD

Will worse Canadian inflation data cause CAD to fall?: USDCAD

Canada released inflation data for February earlier.  The YoY headline number was 1.1% vs 1.3% expected and 1.0% in January.  In addition, the Core CPI YoY print, which excludes volatile food and energy prices,  was 1.2% vs 1.4% expected and 1.6% in January.  Canada’s economic data has been better than other countries as of late (especially employment data), however, the 1.2% increase in the core data for February is the worst since October 2020 and may put the Bank of Canada on hold for longer before tapering.  Canada is said to possibly be one of the earlier countries to begin tapering monetary policy.

Although the inflation data was worse than expected, the USD/CAD is at weakest level since the post-pandemic highs on March 19th.  The pair has been moving in a descending wedge since and is currently threatening to break below the bottom trendline of the wedge.   The extreme bearishness in USD/CAD is occurring despite the recent rise of the US Dollar vs other currency pairs (i.e. EUR/USD, AUD/USD). One reason the USD/CAD may be weaker compared to other US Dollar pairs is because of its relationship to Crude Oil.  Canada is a Crude export-led country.  As a result, the level of the Canadian Dollar is tied to the level of Crude Oil.  In the bottom of the chart below, the correlation coefficient between USD/CAD and WTI crude oil has been negative since the beginning of the pandemic, except for a few instances.  This means that as crude oil prices rise, so does the Canadian dollar (and the USD/CAD moves lower). 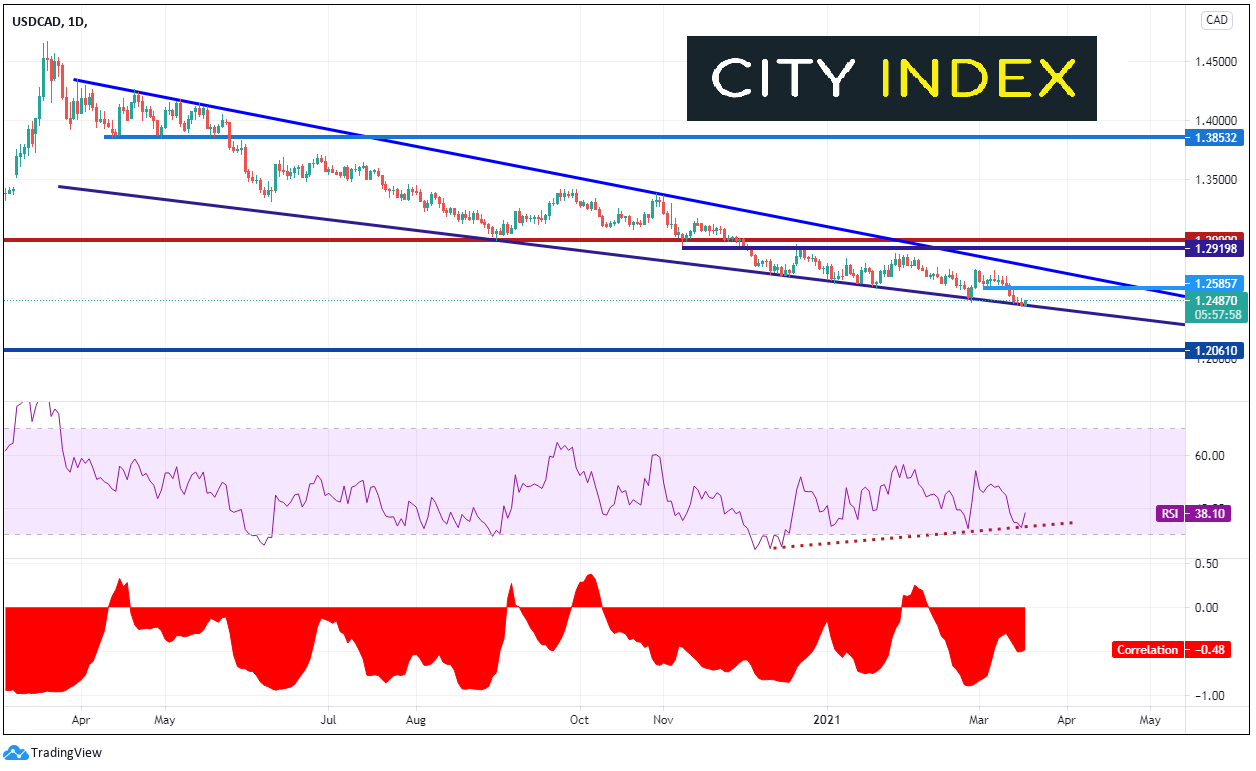 However, the US Dollar Index (DXY) has been trading between 91.50 and 92.50 since early March.  If the DXY breaks aggressively one way or the other, that could cause USD/CAD to move with it. 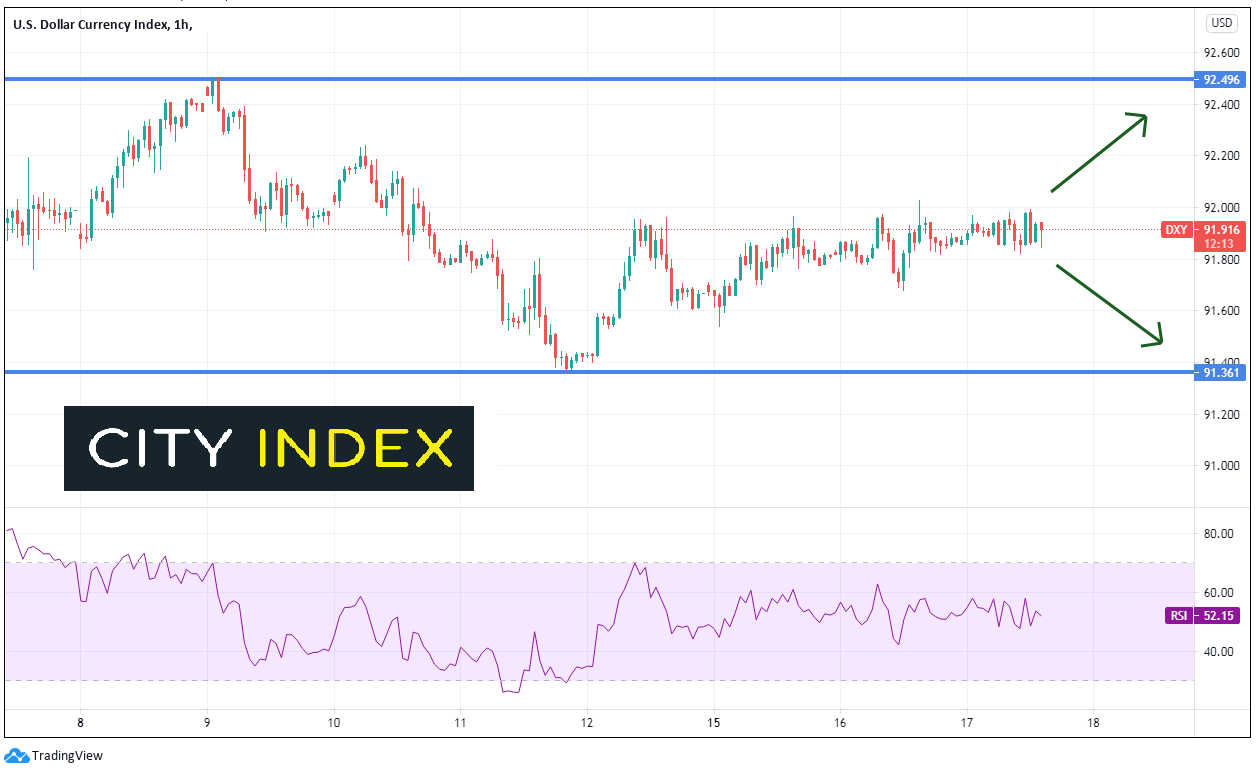 If the DXY moves higher, USD/CAD, may push higher as well.  Notice the RSI on the daily USD/CAD chart is diverging from price, which is an indication a change in trend may be ahead.  If USD/CAD does bounce, horizontal resistance is near 1.2585.  Above there is the top of the downward sloping trendline of the descending wedge near 1.2800.  If price breaks lower, USD/CAD will fall below the bottom trendline of the wedge, and target horizontal support, which doesn’t come into play until 1.2061!

The FOMC statement could play a large role in the price direction for the USD/CAD.  (See our FOMC preview) The BOC has indicated that they are on hold until at least their next meeting on April 21st.  Therefore, the FOMC, the  price of crude oil and the technical outlook will also play a factor in the next move for USD/CAD.