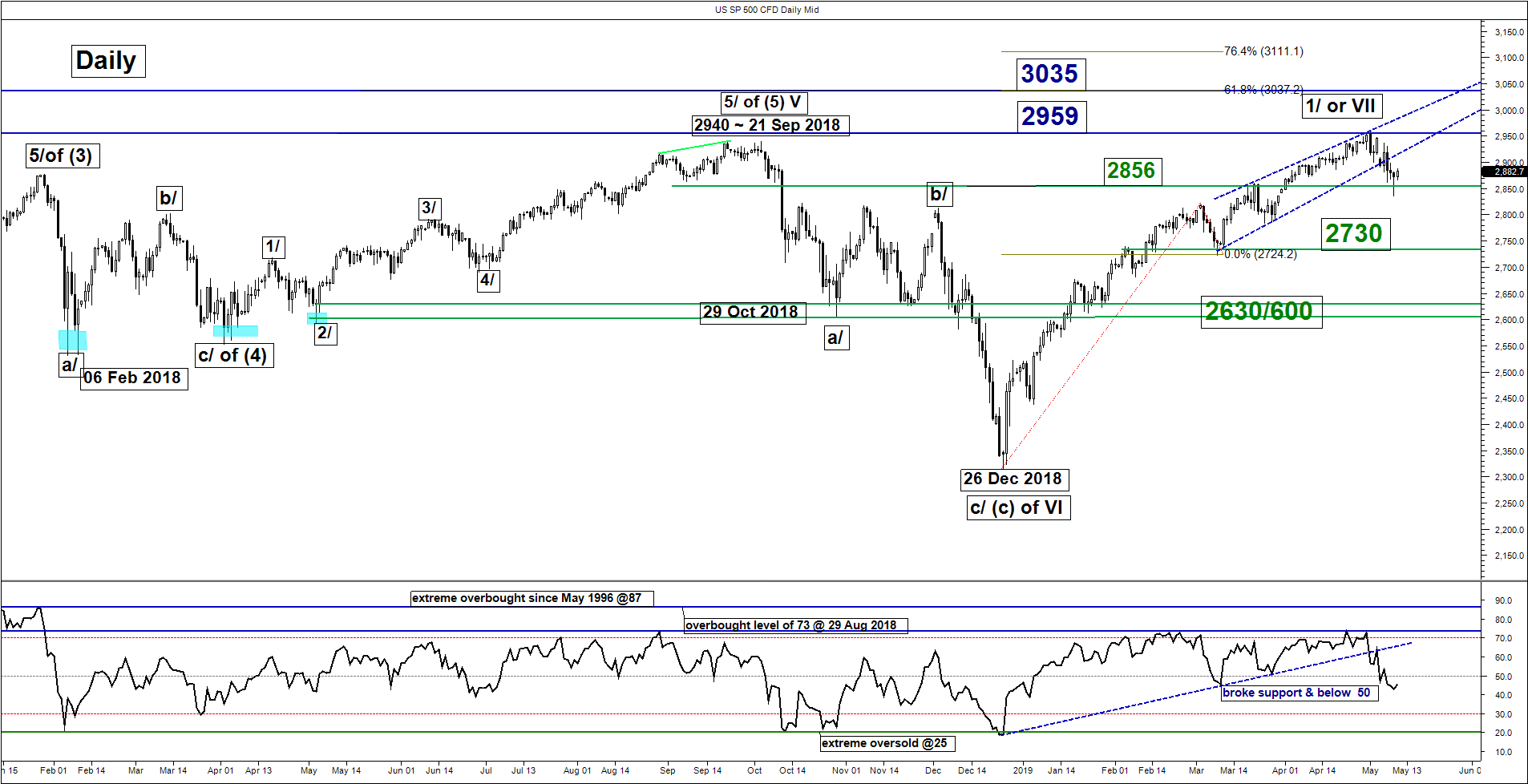 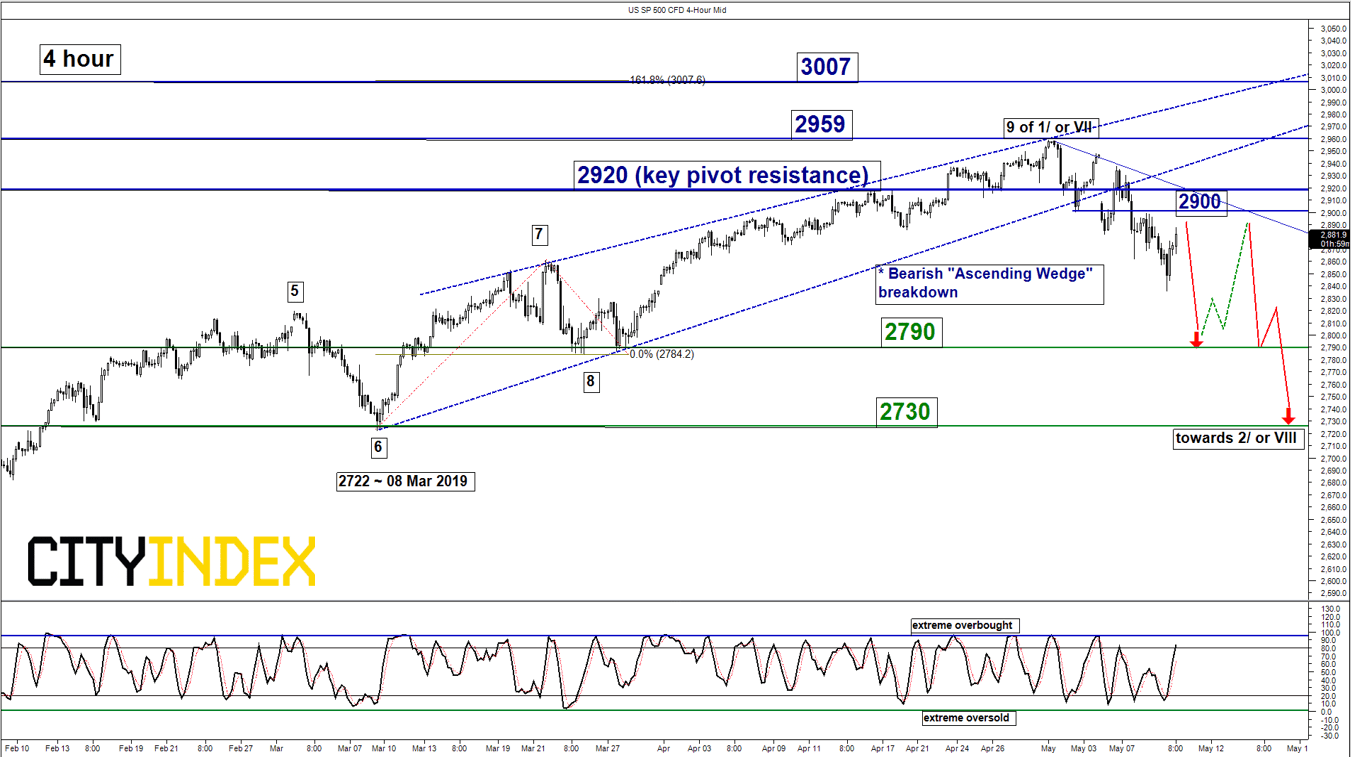 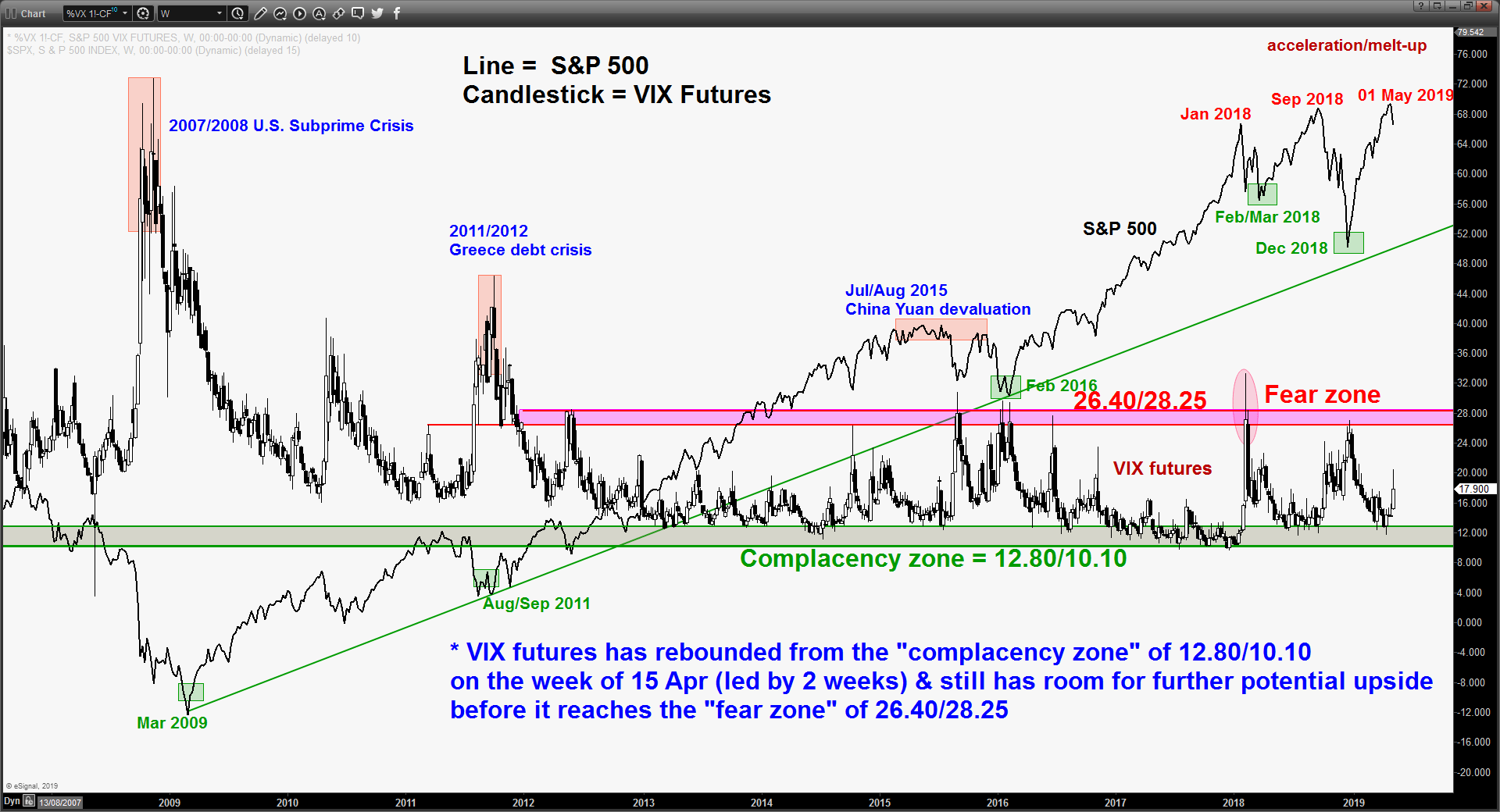 The SP 500 Index (proxy for the S&P 500 futures) has shaped the expected decline as per highlighted in our previous weekly outlook report and met the first support/target of 2875/56 (click here for a recap).

It printed a low of 2835 in yesterday, 09 May early U.S. session before it shaped a bounce of 1.2% to end the U.S. session at 2870 on the backdrop of a tense U.S/China trade relation. Trade officials from both sides have entered the final stretch of a 2-days negotiation talk in Washington to hammer out a deal before U.S. administration imposes additional tariffs on Chinese imports after 12.00 am U.S. time on Friday, 10 May. Technical elements are still negative as follow;

Therefore, we maintain the bearish bias below a tightened key medium-term pivotal resistance at 2920 for another round of potential impulsive downleg to target the next supports at 2790 and 2730.

On the other hand, a clearance with a daily close above 2920 invalidates the bearish scenario for a continuation of the 5-month uptrend to retest its current all-time high at 2959 and even 3007 next (Fibonacci expansion). 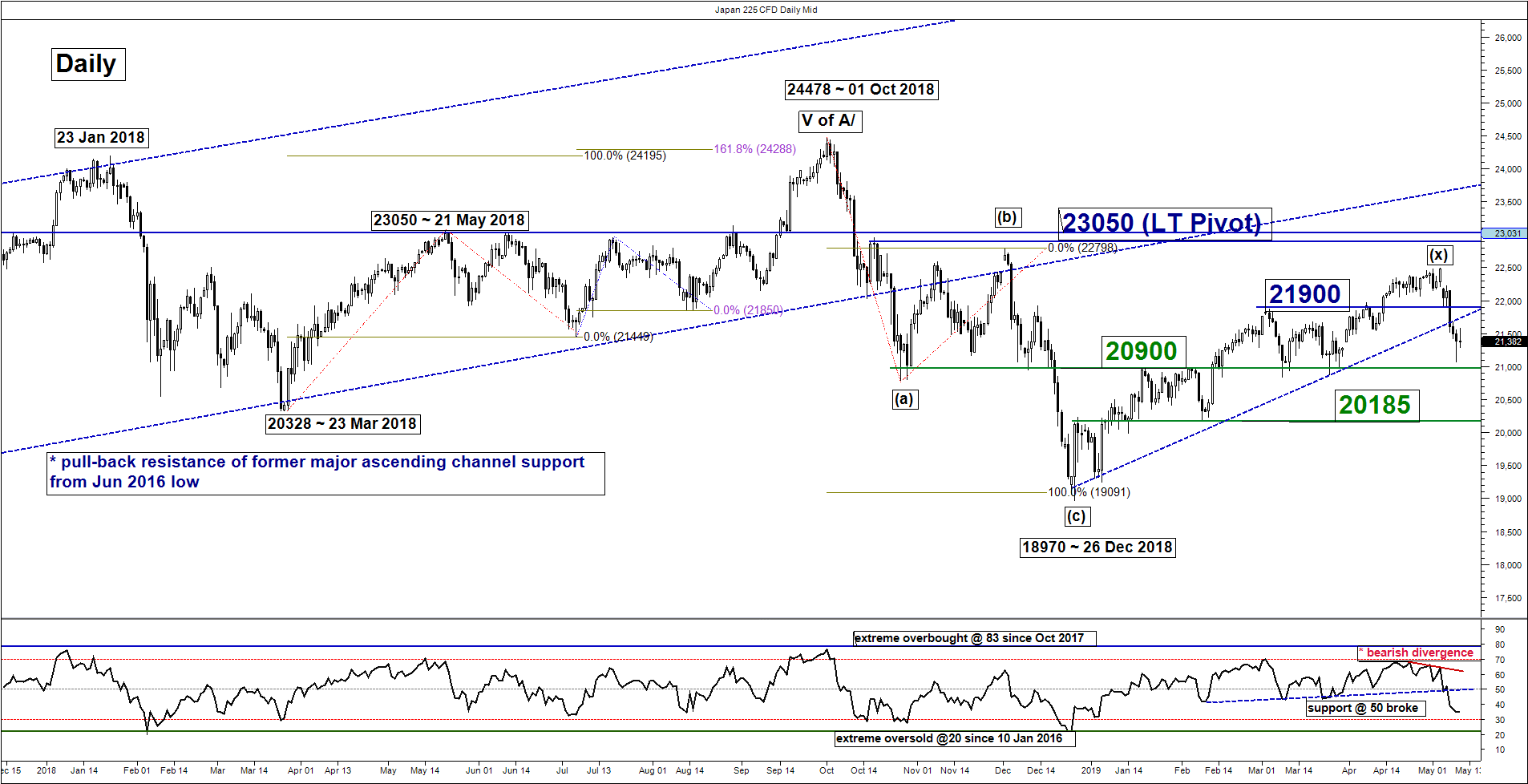 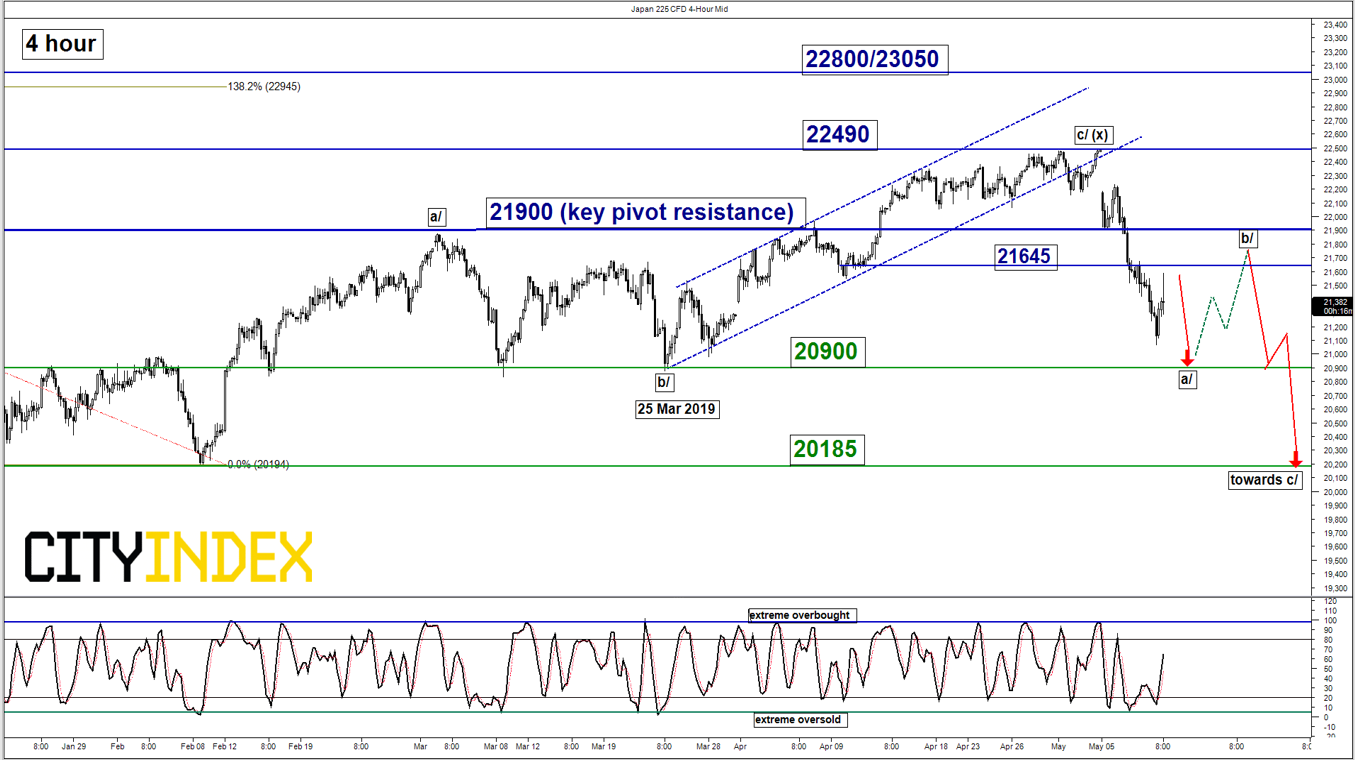 The Japan 225 Index (proxy for the Nikkei 225 futures) has staged the bearish breakdown below the 21880 lower limit of the neutrality zone on Tues, 07 May U.S. session as per highlighted in our previous report. Thus, a multi-week corrective down move scenario has been validated.

Technical elements remain negative and the key medium-term pivotal resistance to watch will be at 21900 for a potential down move to target the next supports at 20900 before 20185.

Nothing changes for gold, stocks as yields resume higher
By:
Fawad Razaqzada