Just like the good old days: Yields, stocks, commodities, and USD/JPY all higher!

Just like the good old days: Yields, stocks, commodities, and USD/JPY all higher!

Things seem like they are back to normal, regardless of Jay Powell says:  Higher stocks, higher yields, higher USD/JPY higher,  higher Crude.  They all seem to be acting in harmony with one another, just like the old days!  With a dovish Powell, one would think the yields and commodities may be lower. Powell doesn’t think much of the inflation (or employment) right now, however, bond traders disagree.  The 10-year yield reached its post pandemic higher today near 1.43%, its highest level since February 21st, 2020.  Strong horizontal resistance confluences just above at the horizontal and phycological round number resistance of 1.50%!  The RSI is also diverging,  which indicates a pullback may be coming soon. 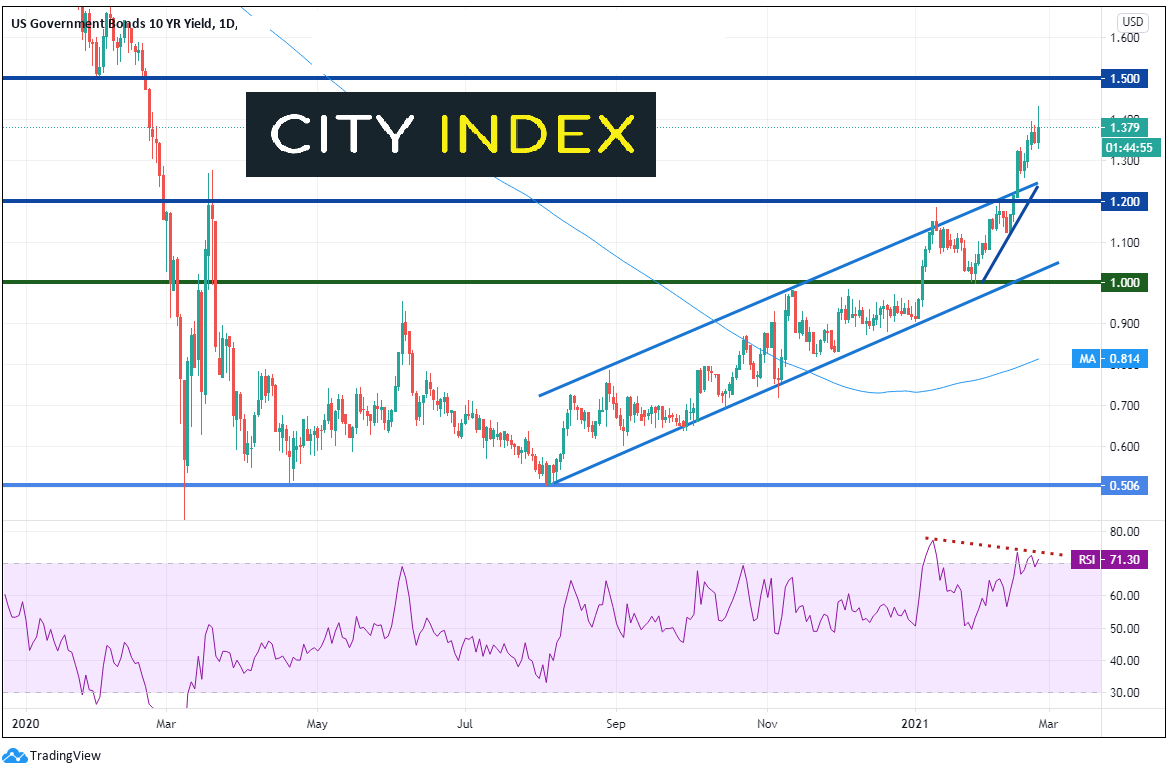 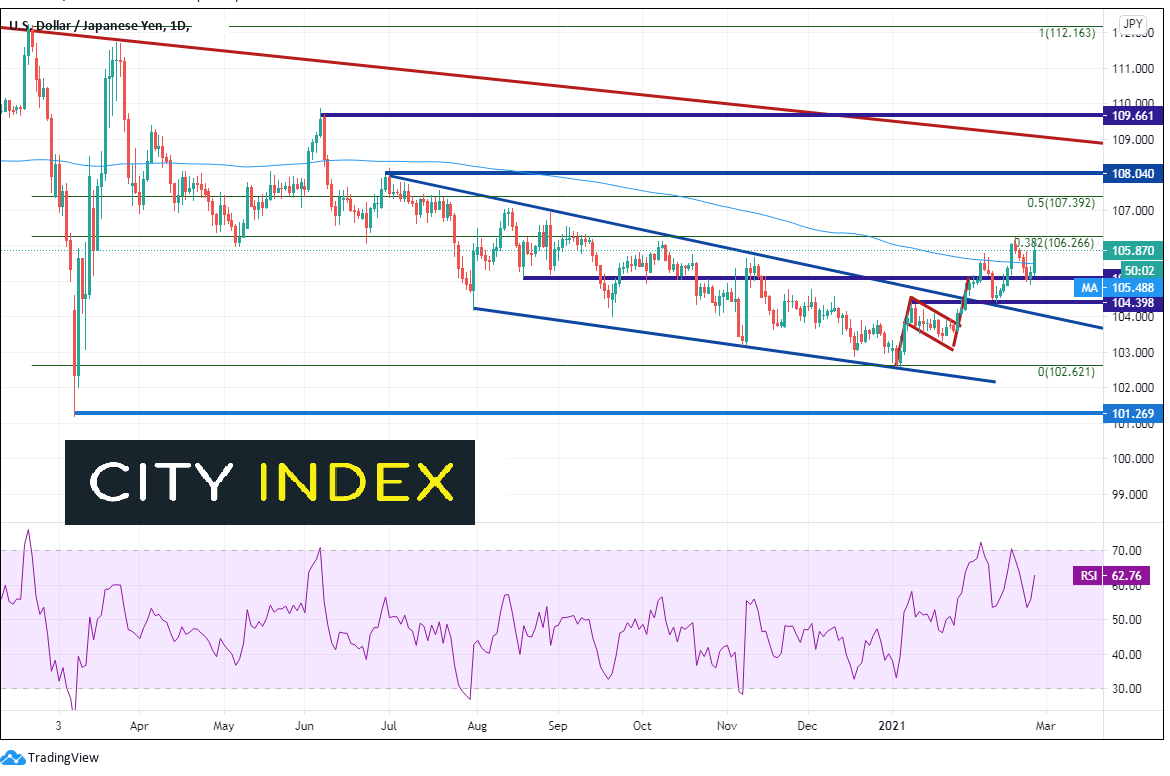 Everything you should know about the Japanese Yen | JPY price history

Even with a dovish RBNZ,  NZD/USD screamed higher today, up 1.6%, trading right into horizontal resistance near 0.7440. NZD/USD had traded higher out of a pennant formation and the target is near 0.7880.  However, the pair must first get through resistance at 2017 highs near 0.7555. The RSI for NZD/USD is also in overbought territory, indicating the pair may be ready to pull back as well.  The New Zealand Dollar is highly correlated to copper, which also put in 10-year highs today! 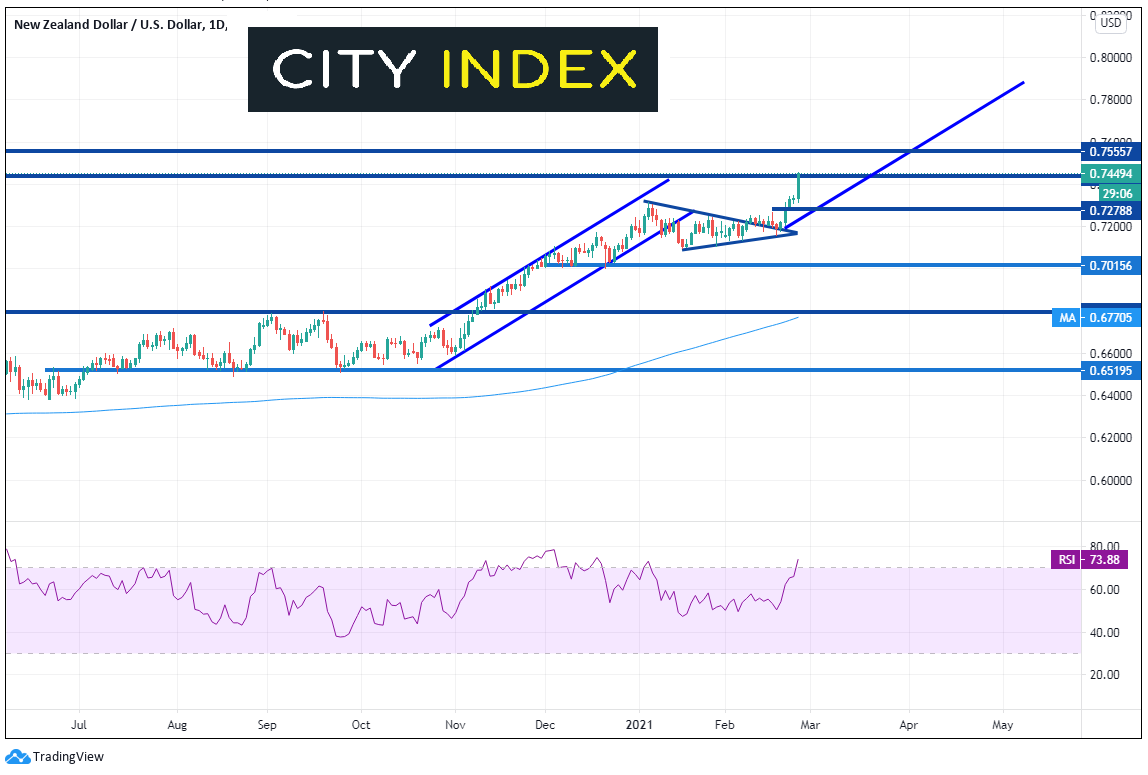 Just for fun, with commodities, USD/JPY, and NZD/USD all higher, lets look at NZD/JPY.  As you may guess, it was also higher, up over 2% on the day.  The pair broke above the 50% retracement level from the late December 2014 highs to the March 2020 lows hear 76.97, as well as, horizontal resistance from December 2018 at 78.86.  The next level of resistance is at the 61.8% Fibonacci retracement level of the same time period near 81.05!  Support is back at an upward sloping trendline and todays lows near 77.07.  Again, take note of the RSI reading above 80.  Price may be ready for a pullback after such a large daily move. 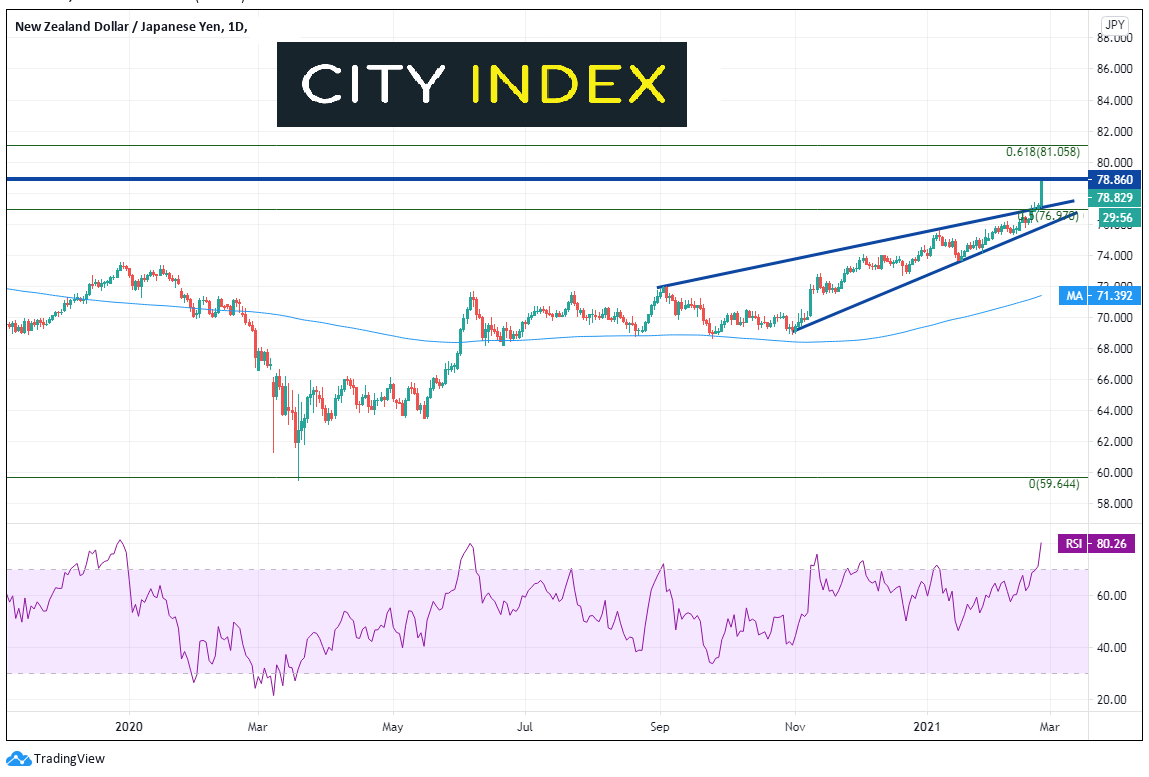 Although everything seemed like the good old days today, be careful.  As mentioned, a number of these instruments are nearing resistance and have RSI’s that are in overbought territory.  A pullback may be ahead!