How to trade the morning star candlestick pattern

What is the morning star pattern?

The morning star pattern is a series of three candlesticks on a market’s chart that indicate an upcoming bullish reversal. If a technical trader sees a morning star appear after a downtrend, they take it as a sign that selling sentiment may be losing ground to buyers. 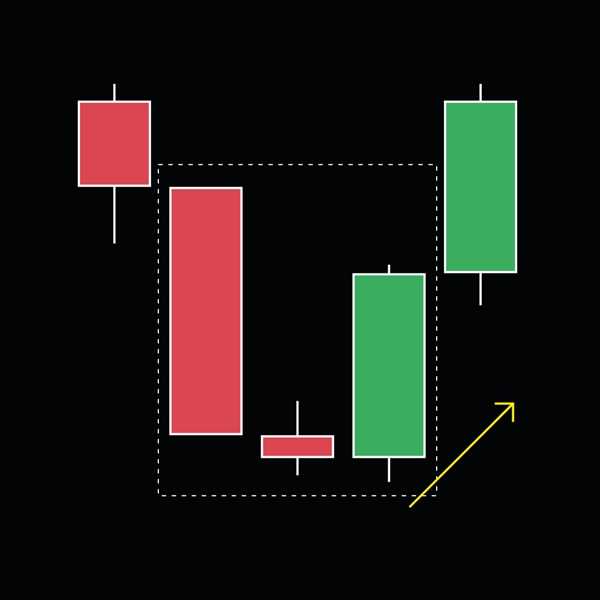 The first is a long red stick – a clear sign that the bears still have momentum. But in the second, the open and close prices are almost equal. Suddenly, buyers and sellers are cancelling each other out, meaning bears couldn’t maintain control of the market. Then, finally, bulls take over in the final session with a strong green candlestick.

The market should have now reversed, beginning a new uptrend.

However, there are a couple of points to watch out for when trading morning stars:

Generally, the middle session will form a spinning top. But there is a variation of this pattern called a doji morning star where, you guessed it, the middle stick is a doji. This is seen as the strongest signal of all.

The colour of the middle stick isn’t important.

You’ve learned the theory of morning stars; follow these steps to put it into practice:

You can also try out trading risk free – and give our award-winning platform a test drive – with a City Index demo.

How to trade a morning star

The typical method to trade a morning star is to open a buy position once you have confirmed that a bull run is actually underway. If you don’t confirm the move before trading, then there’s a chance the pattern could fail.

If a morning star fails, then no uptrend will form, and your trade would earn a loss.

There are two main ways to confirm a morning star. The first is to wait and watch what happens in the session after the pattern. If the bullish move looks like it is continuing, then it might be time to trade.

However, you can also watch and see if volume spikes towards the end of the pattern. This is a sign that more and more buyers are joining the market, which should cause its price to rise.

As with any pattern, you’ll want to place your stop at a point where it’s clear that the morning star has failed. Usually, this would be below the ‘swing’ created by the pattern – if the market drops back below this level, your trade probably won’t return a profit.

As for profit targets, a previous area of resistance or consolidation is generally a solid point to aim for. Make sure you pay attention to your risk/reward ratio here. If the profit target and stop don’t conform to your trading strategy, it might be better leave this opportunity alone and wait for the next one.

What is the evening star pattern?

The evening star pattern is a chart formation formed over three sessions that signals an upcoming downtrend. It’s the exact opposite of a morning star – a long green stick, followed by a spinning top, and finally a red stick that acts as the beginning of a bearish reversal. 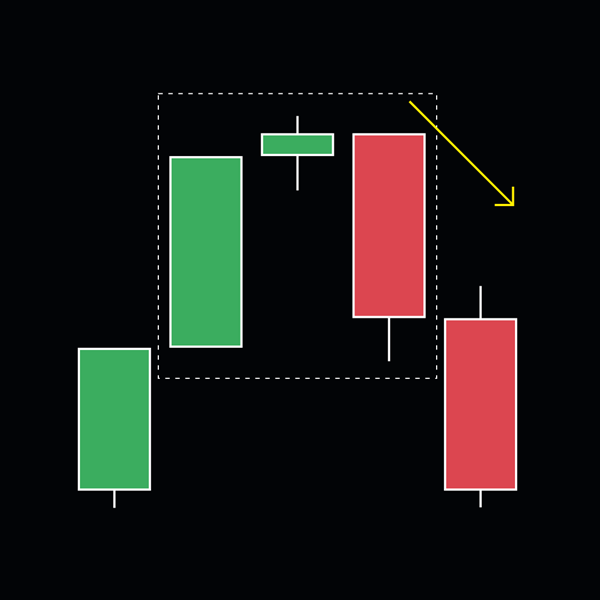 Spot an evening star with a doji instead of a spinning top in the middle? You’ve got a doji evening star, an even stronger signal of impending selling action.

Like in its bullish counterpart, the sentiment shift in an evening star is fairly clear:

How to trade an evening star pattern

The process to trade an evening star, meanwhile, is again the opposite of a morning star.

Or if you’re ready to risk real capital, open your live account.

In the next period, though, the fall is arrested, and despite some volatility the pair ends the session at 0.8446. Then it begins to move upward, with a final third candlestick that closes at 0.8580.

We’ve just witnessed a doji morning star. Notice that the open and close prices of candlestick two are almost equal, and the pattern ends more than halfway up the red stick that kicked it off? This should be a strong signal of an impending upward move.

In an evening star, meanwhile, gold might rise to a high of 1850, climbing 50 points in a single session at the crest of the bull market. The next candle here could be a shooting star: with the precious metal still climbing, but only gaining eight points after a major tussle between buyers and sellers.

Then in candlestick three, we have a dramatic fall, erasing more than half of the gains posted two sessions earlier. The market has reversed, and bear run is now on the cards.

Want to learn more reversal patterns? Check out the articles: