If you thought the FOMC was hawkish, wait until you see the Minutes!  Released earlier, the Minutes from the FOMC’s December meeting showed that members suggested that it could be appropriate to begin to reduce the size of the Federal Reserves’ balance sheet relatively soon after beginning to raise the Federal Funds rate!  Recall that at the meeting, FOMC members decided to double the pace of bond buying reductions from $15 billion per month to $30 billion per month.  This effectively would end the Fed’s Quantitative Easing Program in March.  In addition, members rate hike forecasts showed an average of 3 rate hikes in 2022 and 3 rate hikes in 2023.  However, neither in the statement nor in the press conference was there a mention to the timing of a run-off of the Fed’s balance sheet.  The minutes showed that the Fed’s balance sheet could shrink faster than that of the last cycle!

In addition, members judged that conditions for rate hike could be met relatively soon if the recent pace of the labor market improvements continued.  Although Chairman Powell had said that the criteria had been met for maximum employment to reduce bond buying back in August, the Committee is now suggesting that it is close to meeting the employment criteria for raising rates! Therefore, the NFP print will be closely watched by traders to see if the print is better than the +400,000 jobs expected.

According to the CME Fedwatch Tool, the chances of a rate hike at the March meeting jumped to 68.5% following the release of the Minutes! 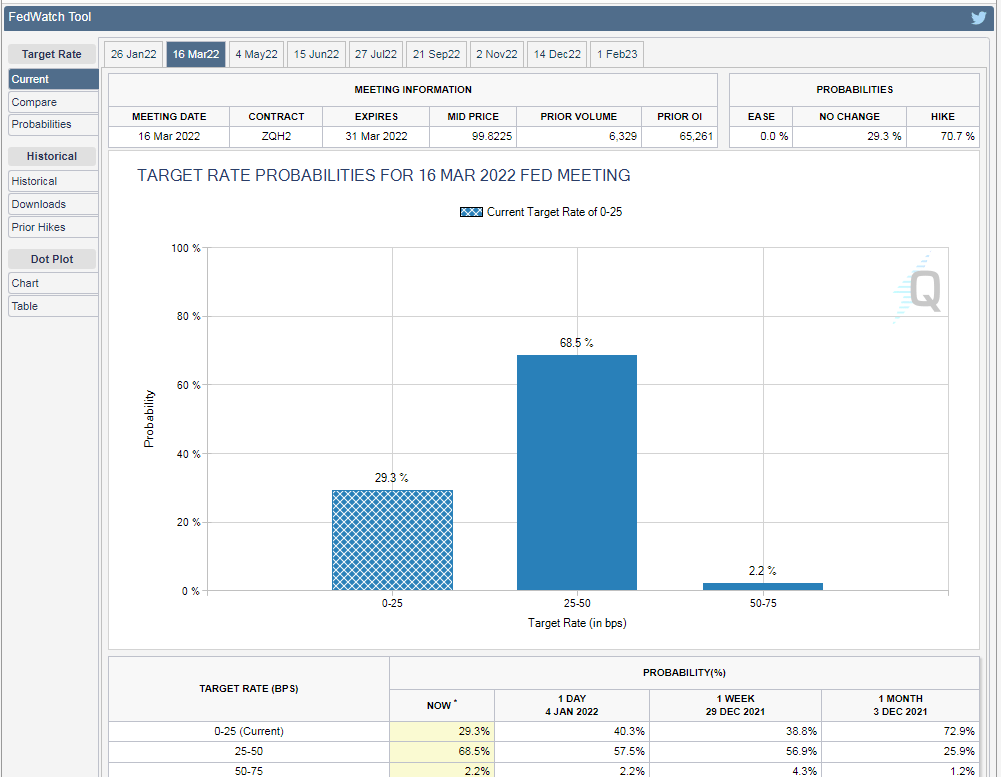 Stocks were hit immediately on the more hawkish than expected FOMC minutes.  The Dow Jones Industrial Average sold off 300 points to fill the gap from Monday’s close at 36,582.26. 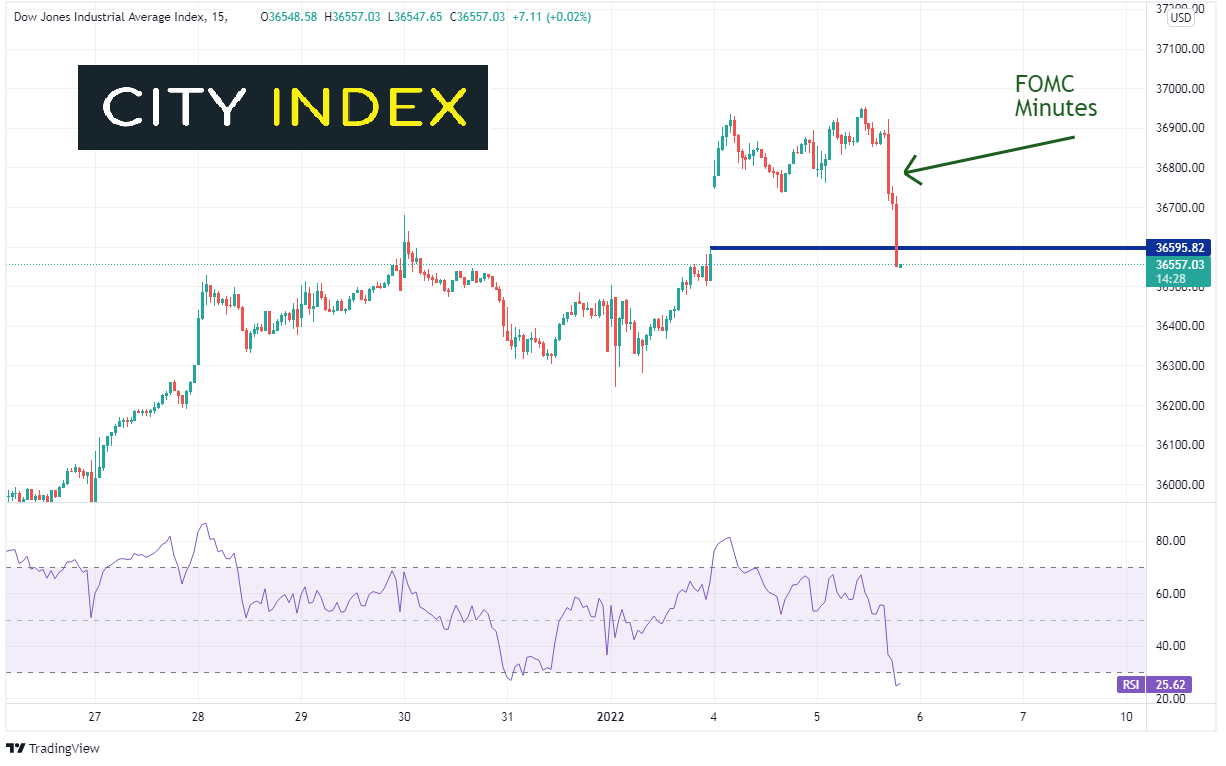 US yields also shot higher after the Minutes were released, reaching highs not seen since April 2021, above 1.70%. 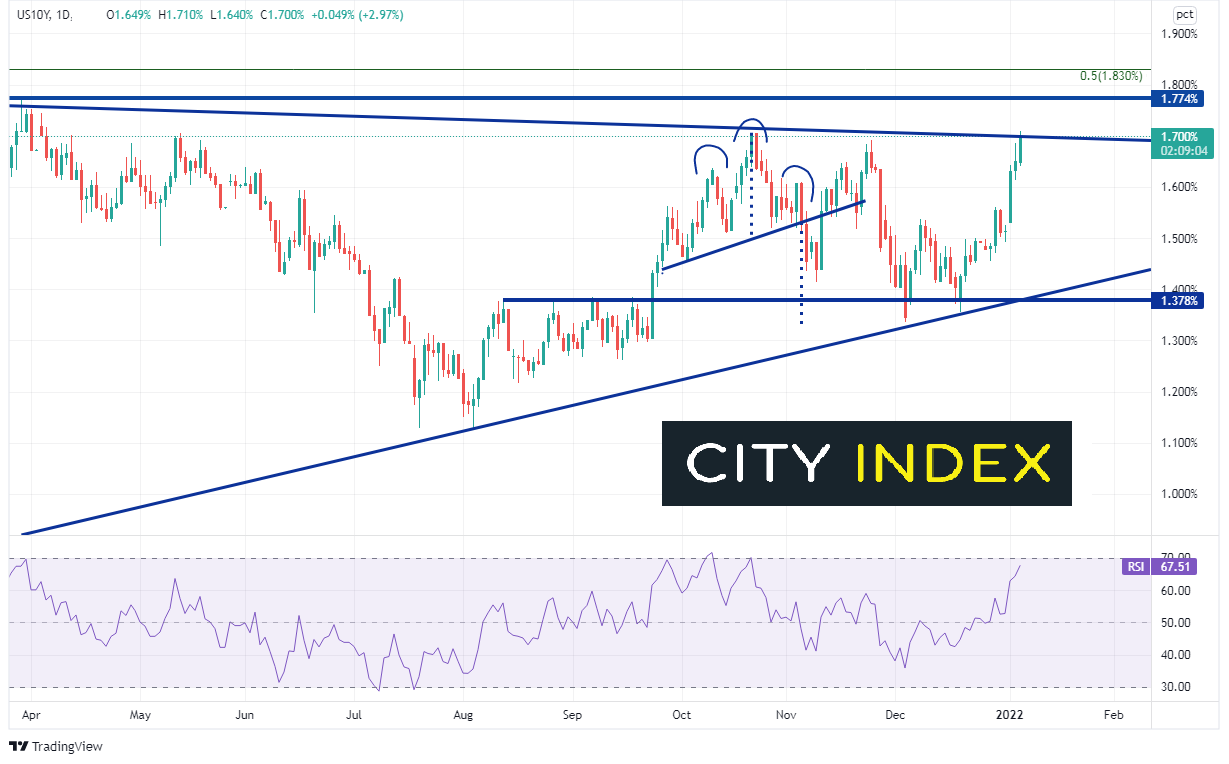 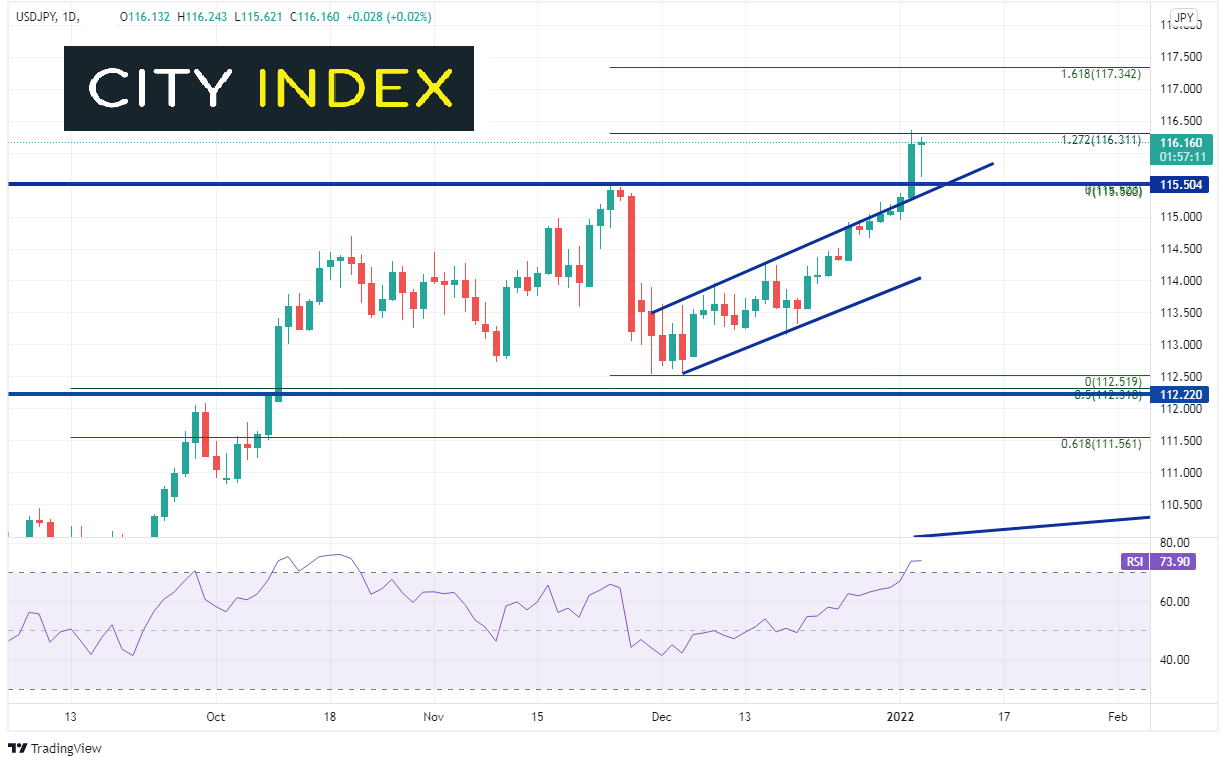 FOMC minutes are usually dull and boring.  However, not this month!  With the mention of the timing of reducing the Fed’s balance sheet and the possibility of raising rates “relatively soon”, the hawks are out.  Watch for more Fed official’s comments before the January 26th meeting!