Many of the firms that participated in the surveys said that supply chain issues and higher costs were still a problem.  In the New York region, shipments fell at the fastest pace since early in the pandemic.  The Philadelphia Index fell to its lowest level in 2 years.

Next week the US will release the ISM Manufacturing PMI for May.  Expectations are for 55.3 vs 55.4 in April.  The April reading was the lowest since July 2020.  This reading will tell if the trend lower in manufacturing is continuing or if the drop has stalled.  Watch for comments regarding supply chain issues and price pressures.

The price of Crude Oil hasn’t helped manufacturers keep their costs low over the last several months.  Price had already been elevated in the mid-90s in February when Russia invaded Ukraine.  However, it then skyrocketed to 129.42 on March 8th.  Crude Oil then pulled back and tested support at the breakout level several times near 95.79.  The support level held, and price began moving higher once again.  Currently, price is testing recent highs and the 61.8% Fibonacci retracement level from the highs of March 8th to the lows of April 11th, near 115.50. 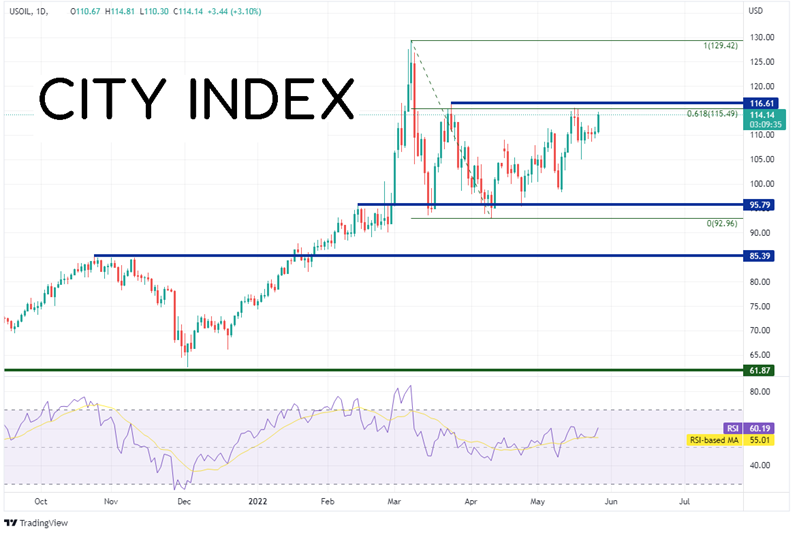 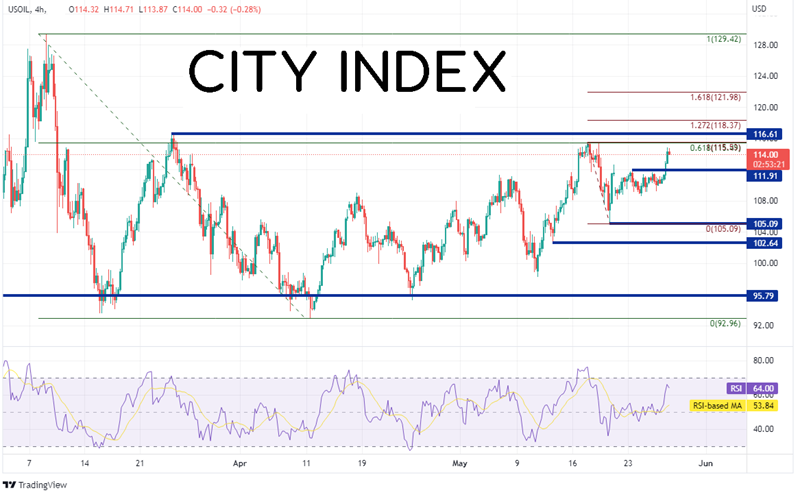 Is manufacturing slowing down growth in the US economy? The recent Fed Manufacturing Indexes seem to be pointing in that direction.  Will this data continue to fall?  It may depend on whether crude oil remains at elevated levels, or even moves higher!