China Manufacturing PMI above 50, but for how much longer?

China Manufacturing PMI above 50, but for how much longer?

China released its NBS Manufacturing PMI for February.  The reading was 50.6 vs an expectation of 51.1 and January’s print of 51.3.  This ties the smallest increase in manufacturing activity since May 2020, immediately following the pandemic in China.  In addition, the Caixin Manufacturing PMI (a private company survey) showed similar results with a reading of 50.9 vs 51.5 expected and 51.5 in January.  It is also the lowest reading since May of last year.  Given the rise in commodity prices as of late, the price components for both readings continued to rise as well (inflation?).  In addition, the reading for both surveys has been trending lower since November.  A reading above 50 indicates that the economy is expanding.  A reading below 50 means the economy is contracting.   If the trend continues, the readings will soon be below 50, indicating China’s manufacturing sector will be contracting! 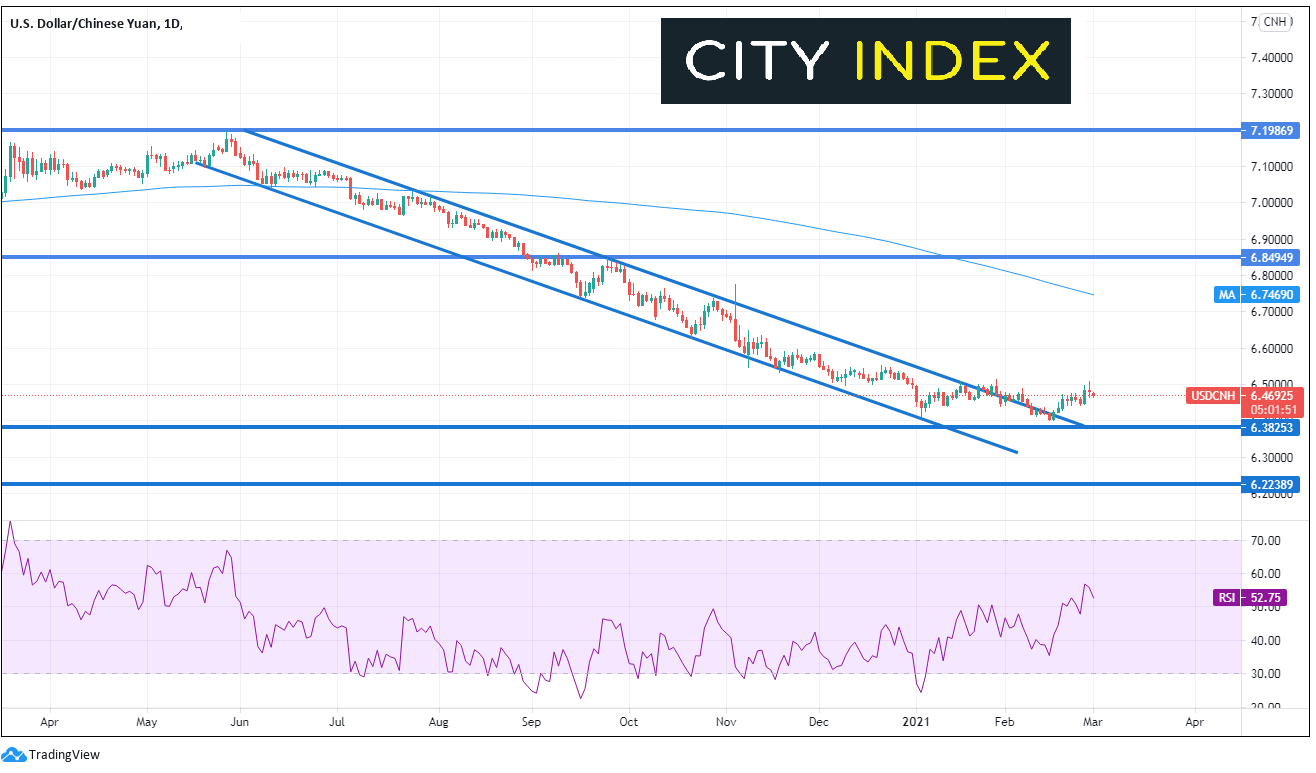 Since the beginning of 2021, USD/CNH began moving sideways and as a result, moved out of the downward sloping channel.  The pair has been tame this year, trading in a band between 6.4116 and 6.5027, with a few brief breaks though either side of the zone. However, as of February 15th, after a false breakdown below the range, USD/CNH began moving higher in an upward sloping channel.  Price is currently trading near the bottom trendline of the upward sloping channel, which also confluences with the 38.2% Fibonacci retracement from the February 15th lows to the February 25th highs, near 6.4661. If bulls can continue to push USD/CNH higher off this support level, resistance is back at the February 25th highs near 6.5078.  However, if price moves lower, bulls may still be willing to enter down to the 61.8% Fibonacci retracement level, near 6.4403.  Bears will be looking for bounces towards the recent highs to add to short positions. 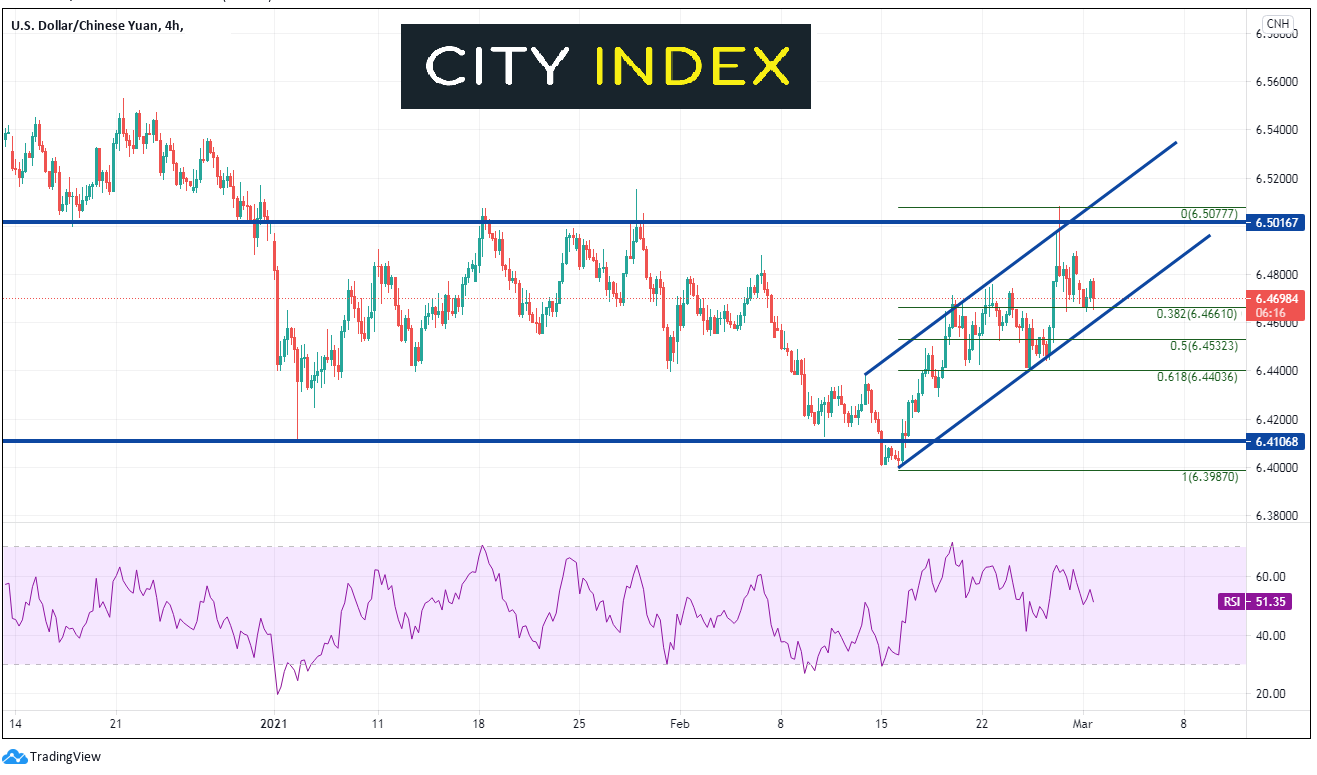 China data will be quiet until the weekend when Trade Balance and Foreign Exchange Reserves are released.  However, USD/CNH is drifting higher towards the top of the channel in the short-term.  However, February’s PMI data showed that the current trend is continuing lower.  If it breaks below the all-important expansion/contraction 50 level for March, the PBOC may decide they need to start buying more US Dollars!