After the less dovish Bank of Canada meeting on Wednesday in which Tiff Macklem said that the outlook on Q1 GDP will be revised higher, the Canadian employment data helped to provide further evidence of the central bank’s outlook.  The Canadian employment change for February was +259,200 vs an expectation of +75,000.  For January, the print remained unchanged at -212,800.  The Unemployment Rate also dropped from 9.2% to 8.2%!  Part-time jobs did outpace fulltime jobs at 171,000 vs 88,200, however no matter how you dissect these numbers, they are stronger than economist anticipated.

USD/CAD has been selling off since the pandemic highs on March 18th in an orderly descending wedge formation.  Interestingly, many of the US Dollar pairs have been moving higher as of late.  However, USD/CAD is not one of them.  The pair is currently pushing lower towards the bottom trendline of the descending wedge and February 25th lows. 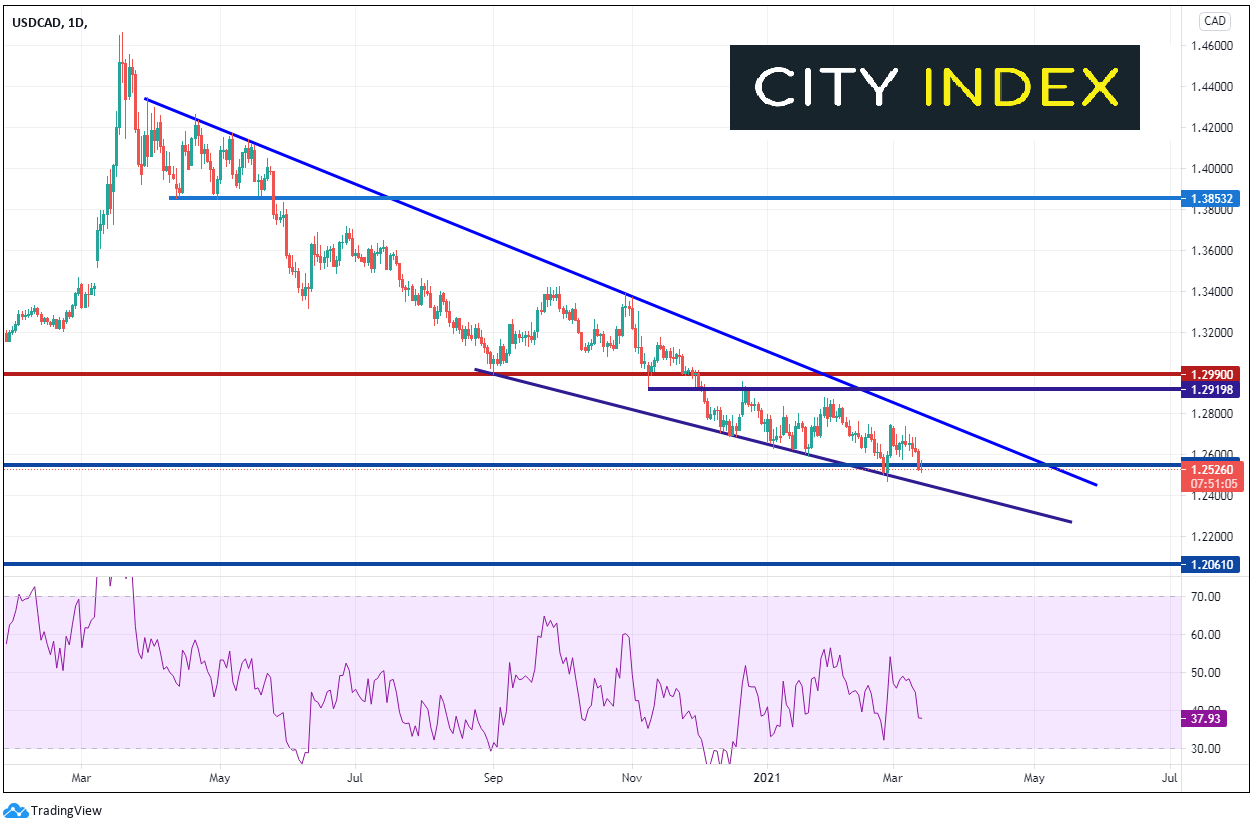 On a 240-minute timeframe, USD/CAD moved aggressively higher off the lows on February 25th on the heels of a weak 7-year auction.  However, price only bounced to the downward sloping trendline dating back to October 29th, 2020.  The resistance held and the pair resumed its move lower.  Price broke lower out of a symmetrical triangle on March 11th and may be resuming the longer-term trend, on its way to testing the February 25th low at 1.2468, which acts as the first level of support.  If price breaks below there, support is at the 127.2% and 161.8% Fibonacci extensions from the February 25th lows to the February 26th highs at 1.2380 and 1.2280, respectively.  The next level of support isn’t until the September 2017 lows near 1.2061!  However, if the US Dollar can strength against the Canadian Dollar, resistance is at the bottom level of the symmetrical triangle near 1.2634 and then the upper, longer term trendline from November 2020 near 1.2680.  The next level of resistance is at the February 26th highs near 1.2748. 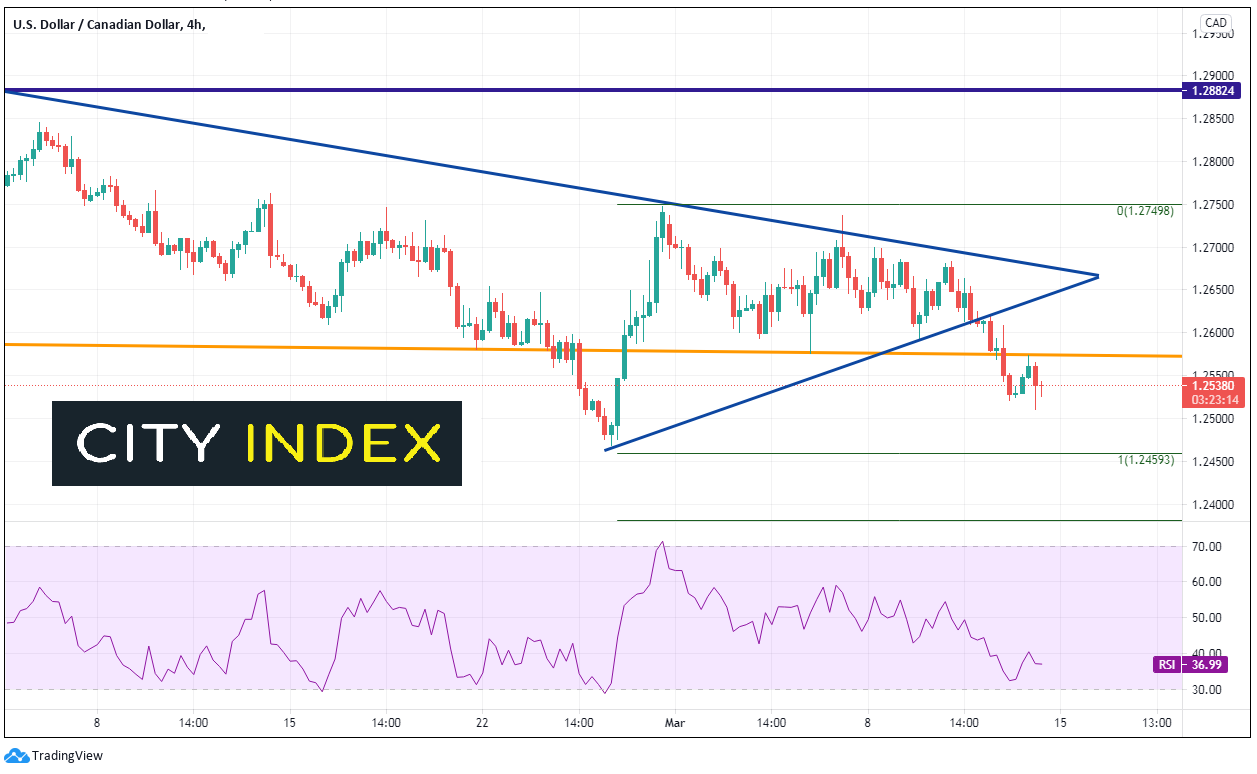 At this point, there is much more resistance, near-term, than support.  If the data continues to be strong out of Canada, USD/CAD may be headed lower.  In addition, stronger crude oil prices will help support the strong Canadian Dollar, causing USD/CAD to move lower.  However, the US data hasn’t been that weak either, especially in terms of inflation expectations,  employment data, and the vaccine rollout.  These may act as an incentive for the Fed to reduce tapering “earlier than expected”, which would cause the US Dollar to rise, and may bring USD/CAD with it (see: Are 10-year yields driving US Dollar pairs?).  Regardless of what the US data shows, this Canadian employment data was strong!