The unemployment rate fell from 6.3% to 5.8% as the economy added 89,000 new jobs during the month, significantly stronger than the market consensus of 30,000 new jobs.

The timing of the report could hardly have come at a better time, with just two weeks left until the government Jobkeeper program is wound back. It is more notable as the unemployment rate is now below the RBA’s forecast of 6% by year-end, 9 months ahead of schedule.

Perhaps taking some of the smiles of the central banker fraternity in Australia, today’s news may embolden bond traders to retest the RBA’s resolve to defend the 0.1% 3yr bond target. As well as this morning’s dovish FOMC meeting that is likely to quell further short-term upside in the US dollar index, the DXY.

Although the FOMC raised growth and labour market forecasts and 7 of 18 participants now project at least one rate hike in 2023, Chairman Powell pushed back on the notion that it was hawkish, saying that not too much should be read into “the March 2020 SEP dot plot”.

As noted by US investment bank Morgan Stanley, “Our takeaway from the March FOMC meeting was that policymakers did not just 'double-down' on dovish guidance, they 'tripled-down'.”

The outcome of this morning’s FOMC, combined with the strong jobs reports will test the RBA’s preference for a lower AUD/USD exchange rate, after reaching the .7820 upside target mentioned in this article here last week, “Should the AUD/USD break/close above near term resistance .7720/30 area, it would signal a push towards .7820 is underway”.

Should the AUD/USD now clear resistance at .7820/40, there is little in the way topside to prevent the AUD/USD retesting the .8007 high. On the downside, dips should be well supported back to .7780/60 and to keep the short-term upside momentum intact, the AUD/USD has no right trading below .7700c. 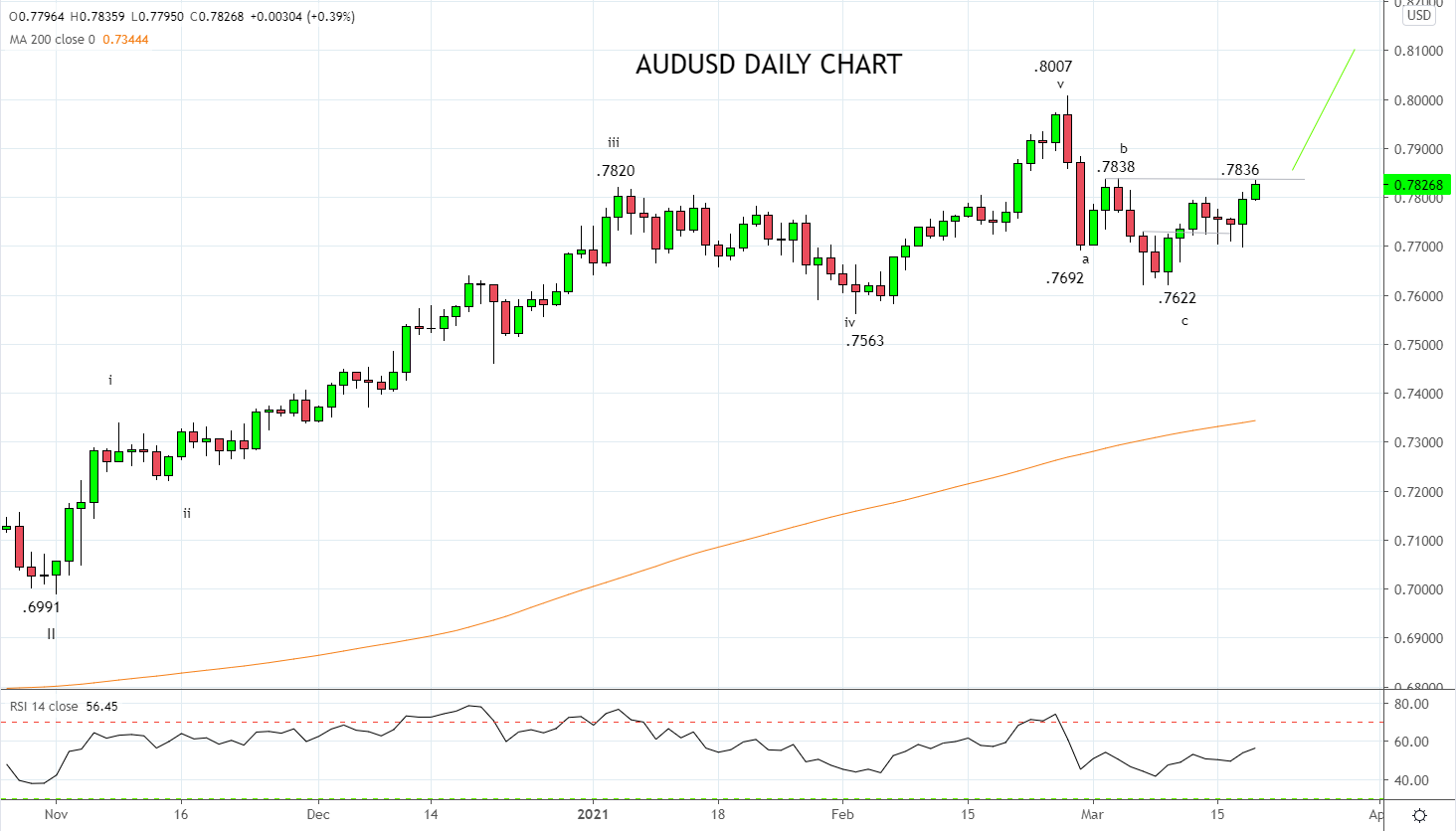 Source Tradingview. The figures stated areas of the 18th of March 2021. Past performance is not a reliable indicator of future performance.  This report does not contain and is not to be taken as containing any financial product advice or financial product recommendation