Yesterday’s inflation report was a quick reminder that complacency is the devil. Rising stocks and a weaker dollar were the tell-tale signs that investors thought a softer CPI print was practically a given, and the sharp reversal in sentiment was a lesson in humility. Particularly for tech stocks.

It was a sea of red for US equity markets with all major sectors falling lower. The Nasdaq 100 led declines on Wall Street by falling -5.5% during its worst day since the pandemic, with big tech names such as Nvidia, Meta and Amazon falling at least 7% and 9 of the top 10 (by market cap) stocks exceeding their average true ranges on the day. And when you see so many markets heading south, it comes with the potential for another leg lower and raises the question as to whether the recent rally was simply a bear-market bounce. If so, we may have seen a key swing high on the Nasdaq 100 in August around 13,720 and it is headed for new lows. 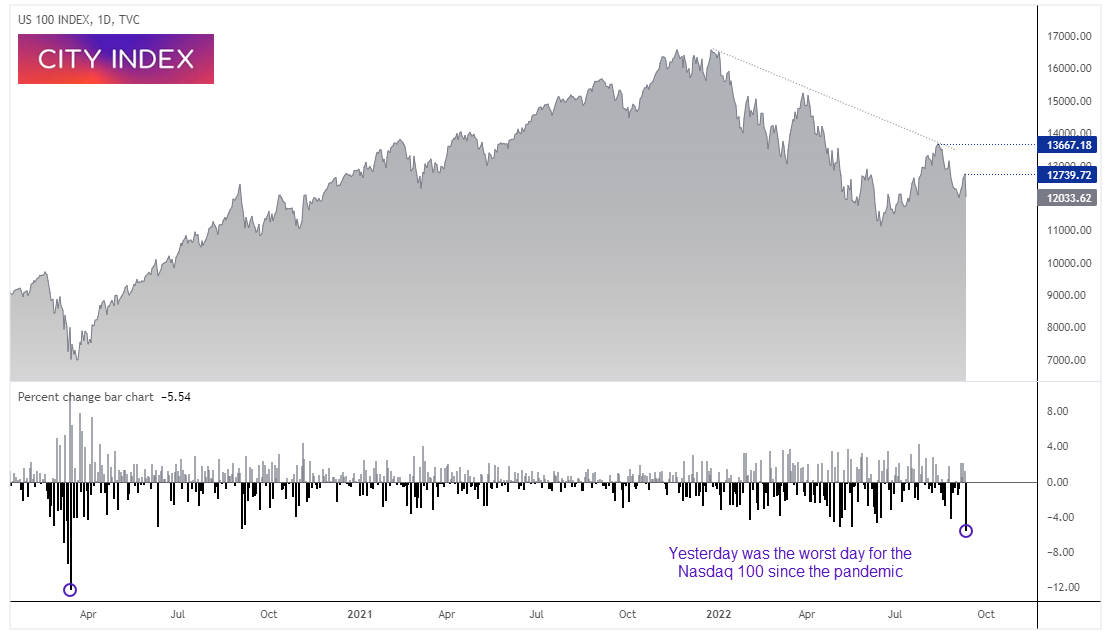 At current levels the Nasdaq is on track for a bearish engulfing week, and even if it somehow manages to rally into the weekend it would still be a bearish outside week should it close beneath 12,649 (which seems likely).

I have seen plenty of commentary recently that perhaps ‘the low’ has been seen for the year as its perfectly normal for stocks to fall 20-30% then revert to their longer-term bull trend. A quick look at the ‘drawdown form record highs’ chart on the Nasdaq begs to differ. The Nasdaq fell over 30% from its record high, which is a record not seen since the beginning of the Nasdaq bubble bursting in the earl 2000’s. 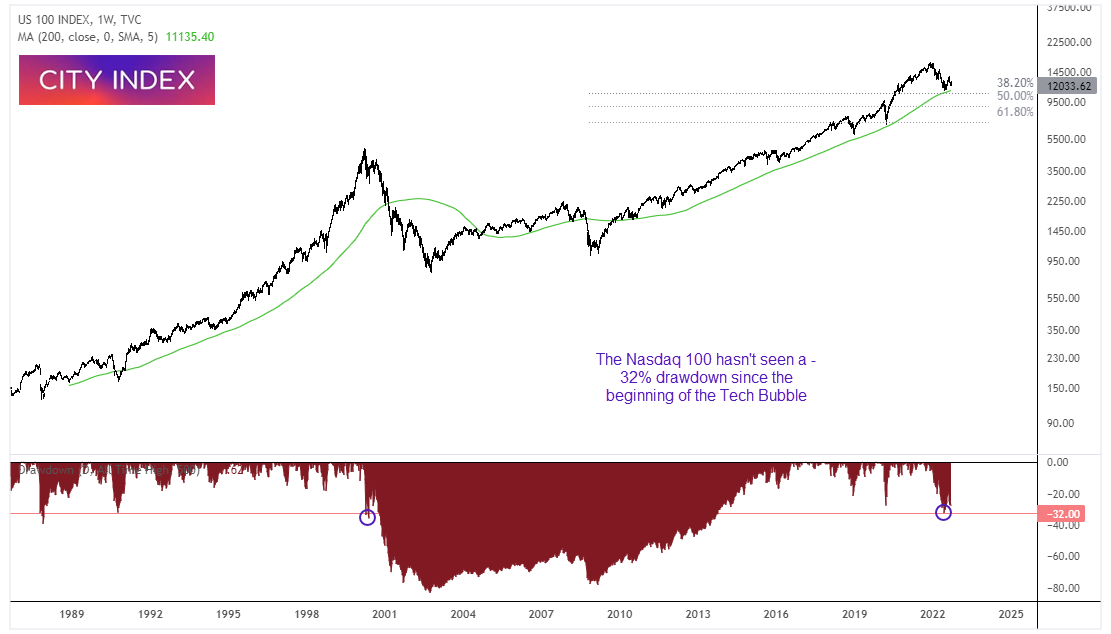 I’m not trying to be dramatic but simply look at the data and explore possibilities. Clearly markets remain sensitive to inflation data, so any inflationary ‘inputs’ to revive the hopes that inflation has topped could support stocks. But in the event the low is not yet in, there are some big tech stocks that look appealing to bearish eyes. Here are just two of them.

From a technical standpoint, Nvidia likely ticks the most bearish boxes among the Nasdaq’s big tech fails. At current levels it is on track for a bearish engulfing week, has broken beneath its 50-week eMA and to a post-Pandemic low. It’s also fallen over 60% from its record high less than 10months ago, and whilst that may some cause for concern we could focus on the fact it has broken to new cycle lows on rising volume. As always, timeframes are important but from the daily chart perspective a move down to the pandemic low around 115 does not seem unreasonable. 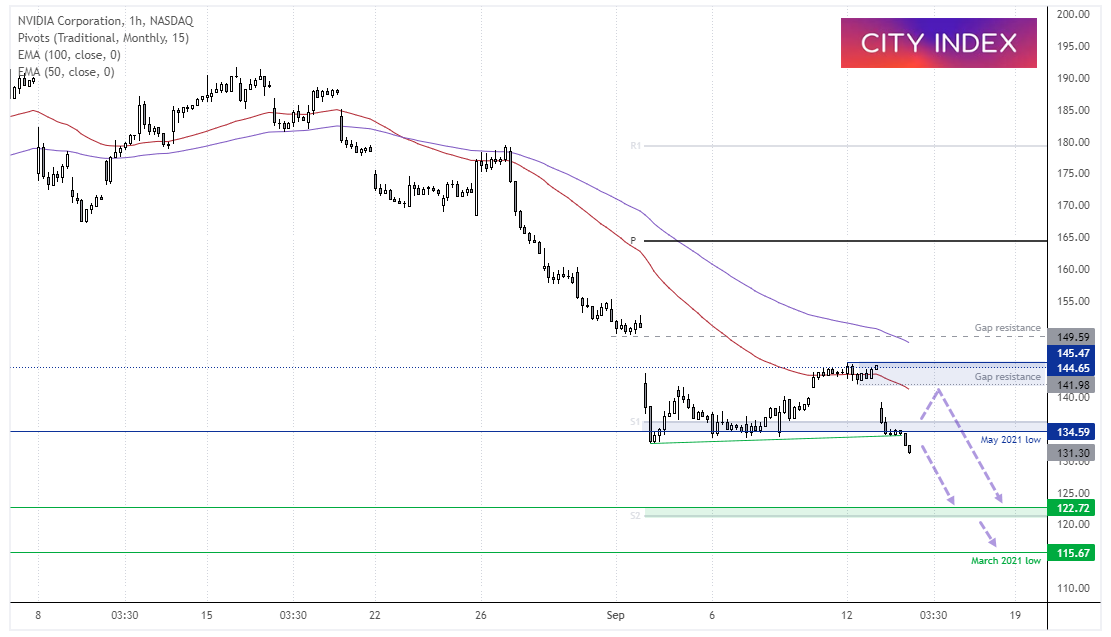 The 1-hour chart remains within an established bearish trend and momentum has clearly turned lower. Should we see any pullbacks today then we’d seek signs of weakness around the May 2021 low / monthly S1 pivot point for a potential swing high. The 122.72 low / monthly S1 pivot makes a likely interim target ahead of the March 2021 low.

Should prices break above 137 then a countertrend target for bulls to consider is gap resistance around 142. The daily chart has closed beneath a key level of support, but only by a cats whisker. Personally, I’d prefer to see more conviction to label it a convincing ‘breakout’, but we also saw heavy selling on the day. The daily chart is within an established downtrend and the consolidation pattern it is trying to break out of projects a target around 123.

A rally on high volume today places the stock on the backburner, but we would seek evidence of a potential swing high beneath gap resistance. Whereas a direct break of yesterday’s low (ideally on high volume) assumes bearish continuation, with the 137 – 140 support zone making a potential interim target on its way to 123.