Last week, we discussed the possibility of AUD/USD making a run out of a flag pattern and towards a target of 0.8400.  The move has begun, and Aussie traders will be eyeing the 0.8000 level first. So far, traders seem to be ignoring the weak data from Australia.  Both Manufacturing and Services Preliminary numbers were weaker than January’s data.  Preliminary Retail Sales data posted a big miss from expectations at 0.6% vs 2% expected, however is was still a huge jump from December.  December’s reading was -4.1%.  But with commodities such as copper, platinum, iron ore, and lumber screaming as of late, commodity currencies should be higher!  A recovery is seemingly being priced into the market.

AUD/USD has been rising since the pandemic lows in March. Of course, price rarely moves in a straight line, and on November 2nd, 2020, after a pullback, AUD/USD continued its bid into year end.  Price then pulled back once again, this time forming a flag pattern. Price broke out of the flag pattern on February 7th, and is on its way towards its flag target, near 0.8400.  Today, AUD/USD broke above horizontal  resistance at the top of the flag, near 0.7810.  However, the pair may be nearing more resistance at  0.7862.  This is the 127.2% Fibonacci extension from the highs of January 6th to the lows on February 5th. 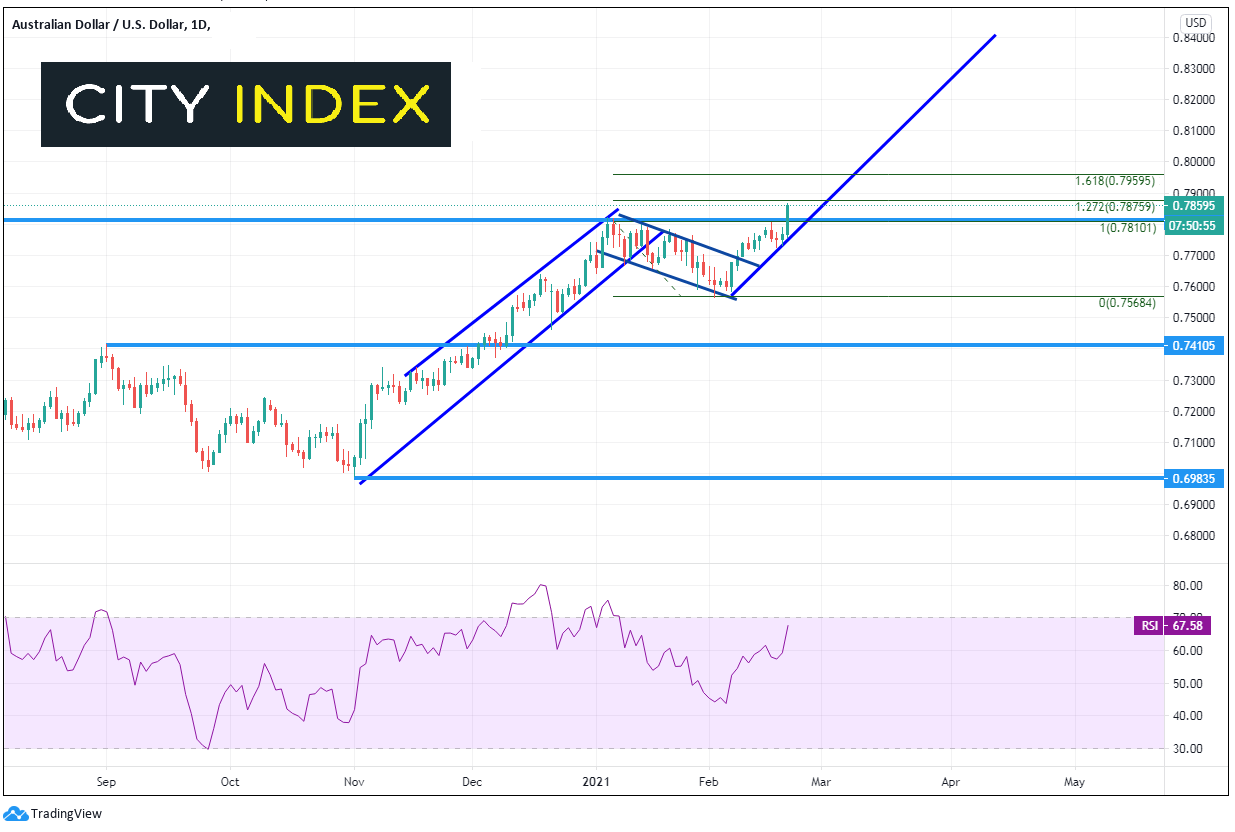 On a shorter 240-minute timeframe, within the flag pattern there is an AB=CD pattern.  The target for D in this formation is 0.7935, which is just below the 161.8% Fibonacci extension from the same timeframe on the daily chart.  This is the last resistance area before the round phycological round number resistance at 0.8000. Bulls will be looking to add to long positions at the top of the flag previous resistance (now support) at 0.7810.  If price breaks below there, watch for a move back to Point C near 0.7567 where more buyers will be waiting. 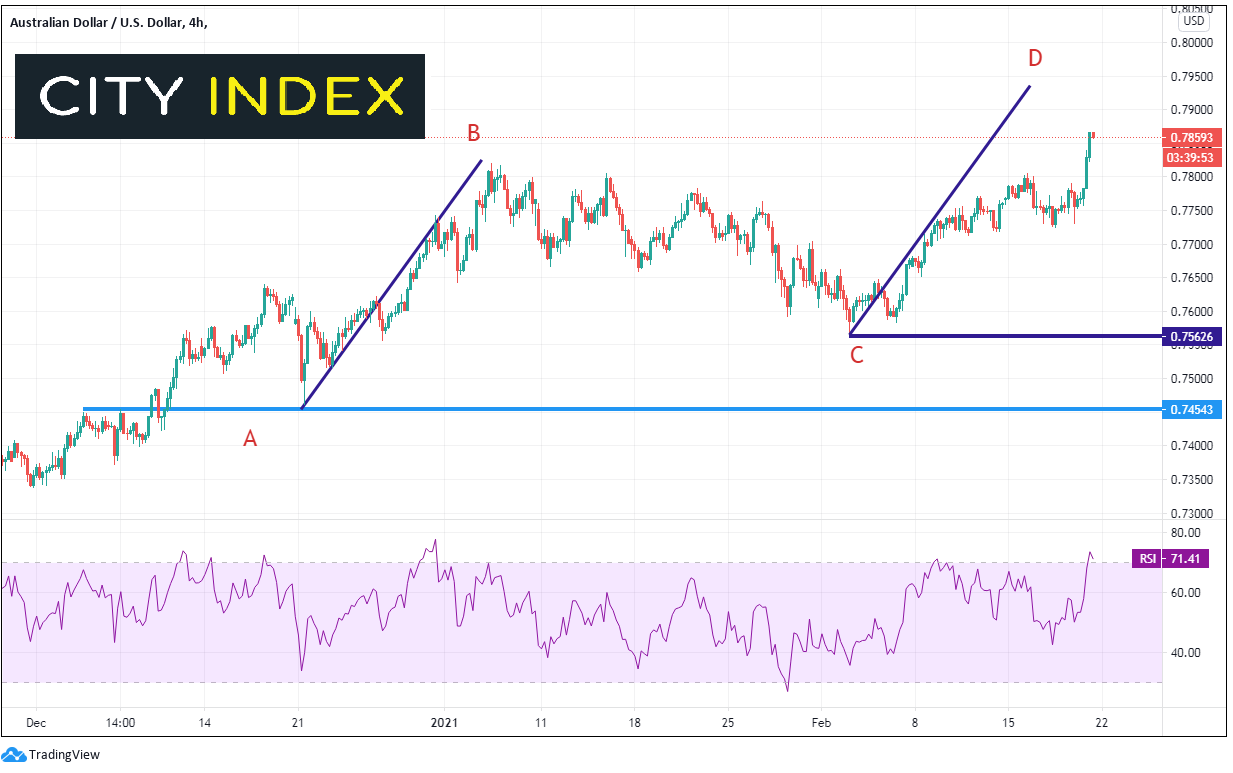 Its not often that price moves in a straight line before moving to a target.  The AUD/USD is likely going to be one of those cases.  With near term resistance just above current levels, and the RSI overbought on a 240-minute timeframe, a pullback may be imminent.  Watch for buyers to enter near support to bring AUD/USD higher.

Forex vs stocks: what are the key differences?
By:
Rebecca Cattlin