A sad day for Magellan (MFG) as co-founder Hamish Douglass left the board, after a tumultuous period. Its shares closed $4.32% lower at $15.06.

The AUDUSD is trading lower on the day at .7406 after running into a wall of selling ahead of resistance .7425/45 earlier today. The resistance comes from the trendline drawn from the February 2021 .8006 high and the early March .7441 high. 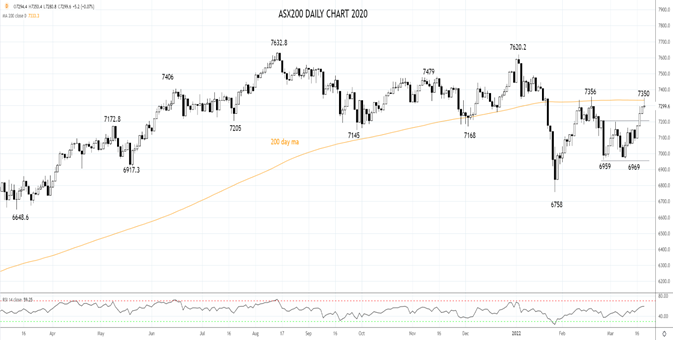