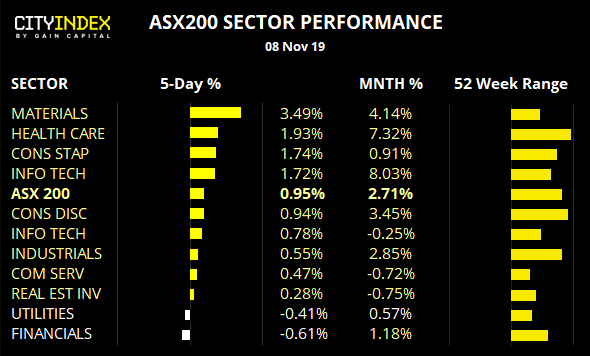 A lacklustre finish for the week puts a potential head and shoulders top in focus for ASX200. We also flag a few equities we're monitoring for breakouts.

Australia 200 CFD/DFT: The index can’t quite manage to test 6,800, let alone break above it. And this is despite global equities hitting record highs and the US-China trade deal seemingly back on again.

Price action has found support above the 50-day eMA, yet it hesitancy to retest 6775.6 resistance should concern the bull-camp. Moreover, a potential head and shoulders top could be forming which, if successful, projects a bearish target around 6,500. 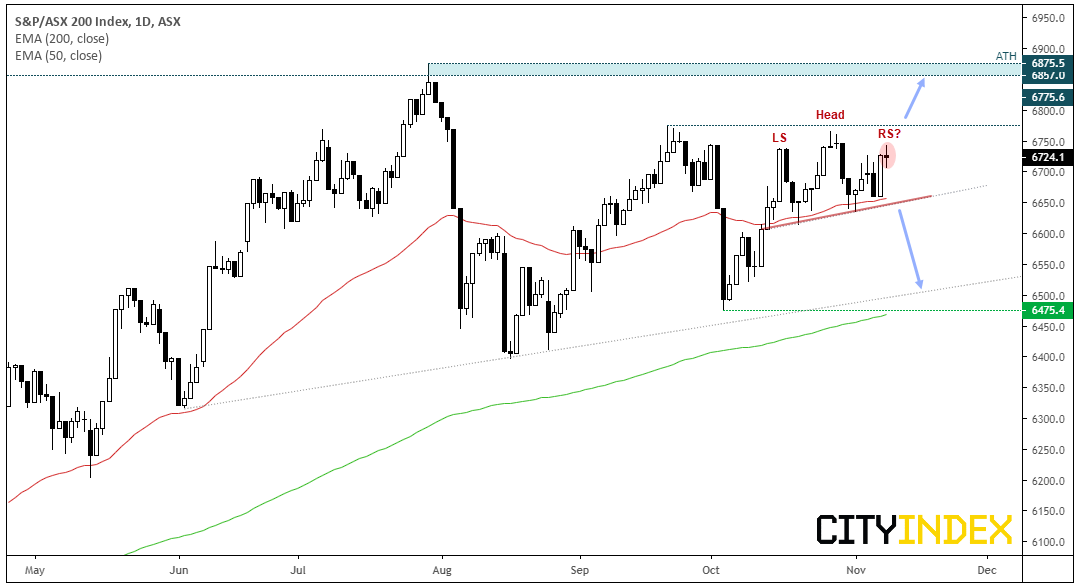 Nanosonic CFD/DFT: Up over 140% YTD and in the strongest sector YTD (health care), we’re now waiting for a bullish breakout. Price action is bobbing along the 50 and 20-day eMA’s and a series of higher highs have formed into resistance, since it gapped higher late August. Whilst its reminiscent of a cup and handle pattern, it could also transform into an ascending triangle. Newcrest Mining CFD/DFT: We flagged this last Friday and said “Newcrest is one to consider if the lust for gold fizzles out”. Well, gold failed to break key resistance and rolled over in style, taking gold miners with it.

It’s rebound didn’t quite make the resistance zone but a clear swing high son at 32.64. The 20-day eMA is beneath the 50 and both point lower, and prices have broken through key support and the 200-day eMA. 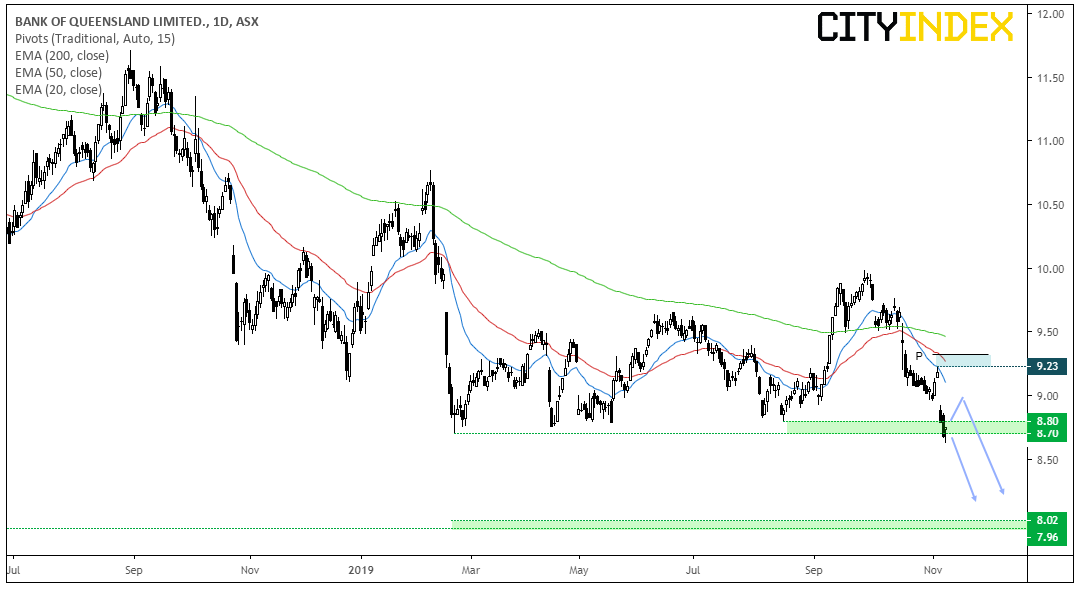 Bank of Queensland CFD: You need to really stand back to appreciate this one, as the its part of a longer-term bearish trend that began in 2017. There’s clearly a battle around the 8.70-8.80 area, although bulls do appear to be on the back foot this time around. After its 9.23 swing high, it gapped notably lower and heavy volume selling took over. Sure, its clinging on to key support now but, given the strength of bearish momentum leading prices here, at best it might achieve a minor bounce before rolling over. 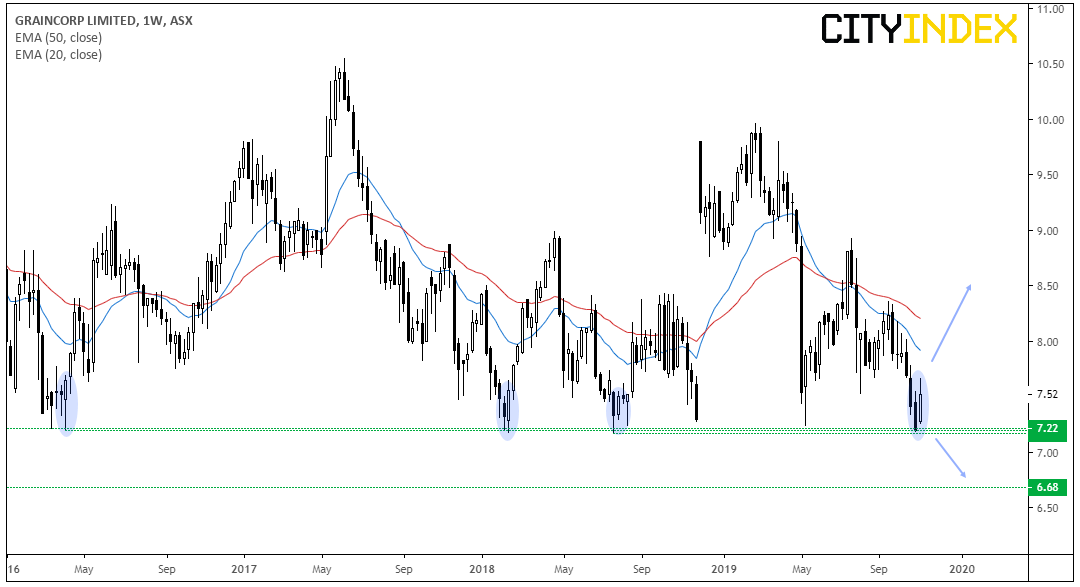 Graincorp CFD: Another chart that requires standing back to appreciate the view. Only this time, we’ve switched to the weekly chart to show how robust the 7.17-7.22 support area has been (although it has held since 2011).

Given this key support level has provided bullish rallies in excess of 35% in the past, then bears may have their work cut out. But if the level breaks, then it would be a significant event indeed.

Grindr SPAC: Everything you need to know about Grindr stock
By:
Ryan Thaxton

European Open: Bears eye the DAX after it fumbles its breakout
By:
Matt Simpson

European Open: Bears eye the DAX after it fumbles its breakout
By:
Matt Simpson