Progress to certificate:
0%
0 out of 7 lessons completed

What is forex trading?

FX trading allows you to speculate on the changes in currency strengths over time, trading currencies and buying or selling one against the other. Forex traders seek to profit from fluctuations in the exchange rates between currencies, speculating on whether one currency's value, like the Australian dollar, will go up or down in relation to another, such as the US dollar.

With over 5 trillion dollars’ worth of currencies traded globally every day, the foreign exchange market is the most traded in the world, making it a highly liquid and dynamic market. This high market liquidity means that prices can change rapidly in response to news and short-term events, creating multiple trading opportunities for retail FX traders.

Why is leveraged Forex trading popular with investors?

How does Forex trading work?

Forex is always quoted in pairs, in terms of one currency versus another. Take for example EUR/USD (Euro vs US dollar) - the fluctuations in the exchange rate between these two is where a trader looks to make their profit. The first currency, also known as the base is the one that you think will go up or down against the second currency, which is known as the quote.

When trading currencies, you can speculate on the future direction of the market, taking either a long (buy) or short (sell) position depending on whether you think the currency’s value will go up or down. Forex price movements are triggered by currencies either appreciating in value (strengthening) or depreciating in value (weakening).

Example of the Euro Dollar pair.

If the number increases, this means that the Euro is getting stronger compared to the US Dollar.

If the number decreases, this means that the US Dollar is getting stronger compared to the Euro.

So, if we think that the Euro will strengthen against the US Dollar then we would place a buy trade or go long.

For every point, or pip, the Euro rises against the Dollar, we will make a profit.

It is important to remember that should the price of the euro weaken against the US Dollar, we would make a loss for every pip it falls. 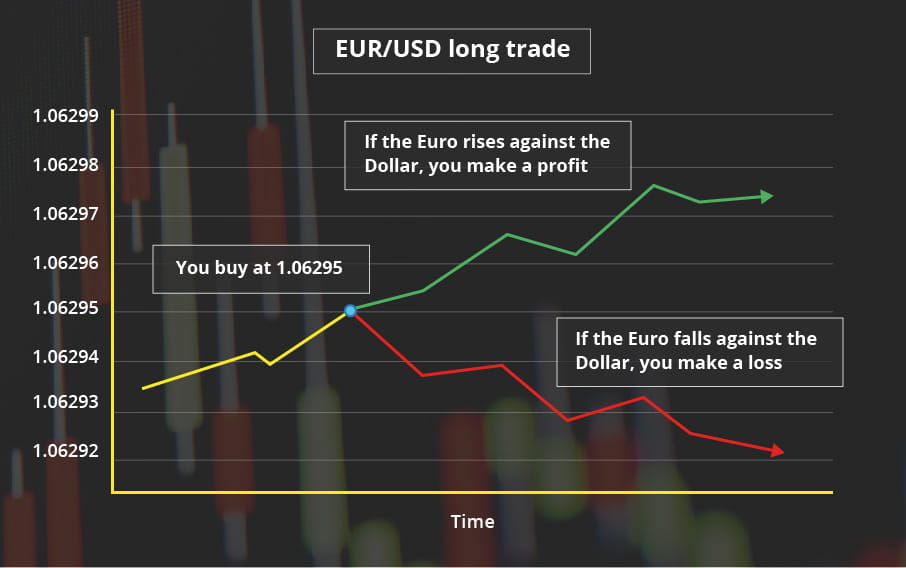 Alternatively, you would sell a currency pair if you believed that the base currency will weaken in value against the counter currency.

Should the value of the euro rise against the dollar then you will make a loss for each pip it rises. 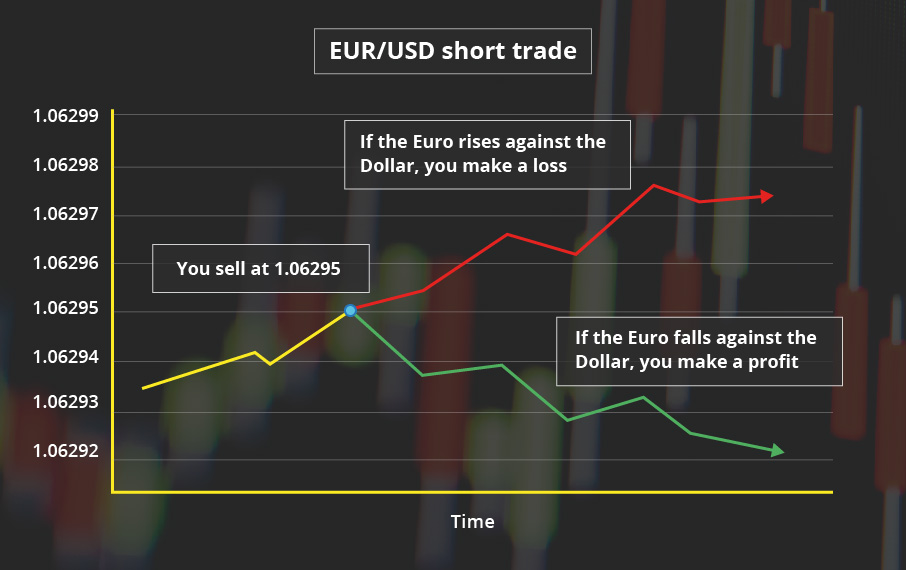 Forex is a margined product

These are the most liquid currencies (most actively traded) constituting about 85% of total trading volume in the FX markets. The spreads for these are usually tighter compared to the less traded minor currency pairs. 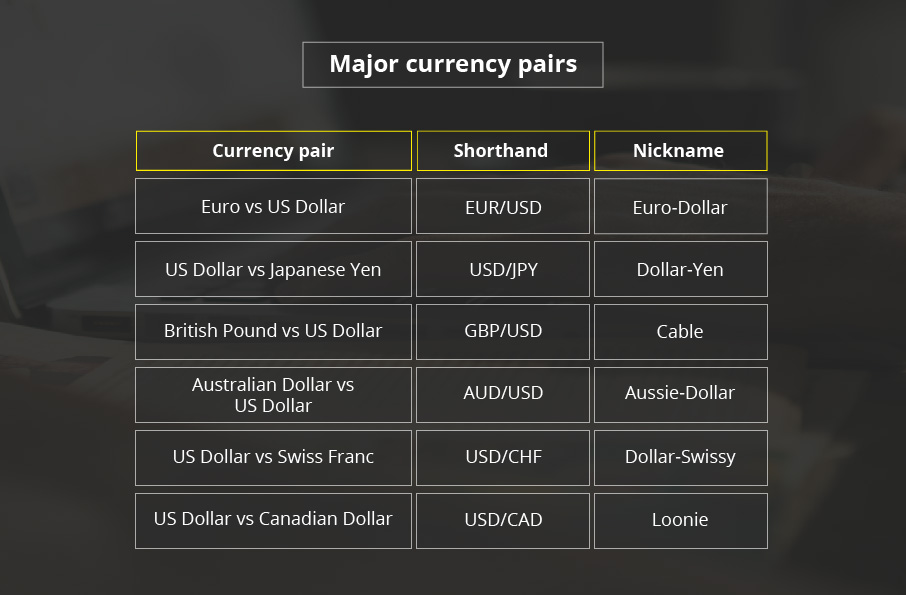 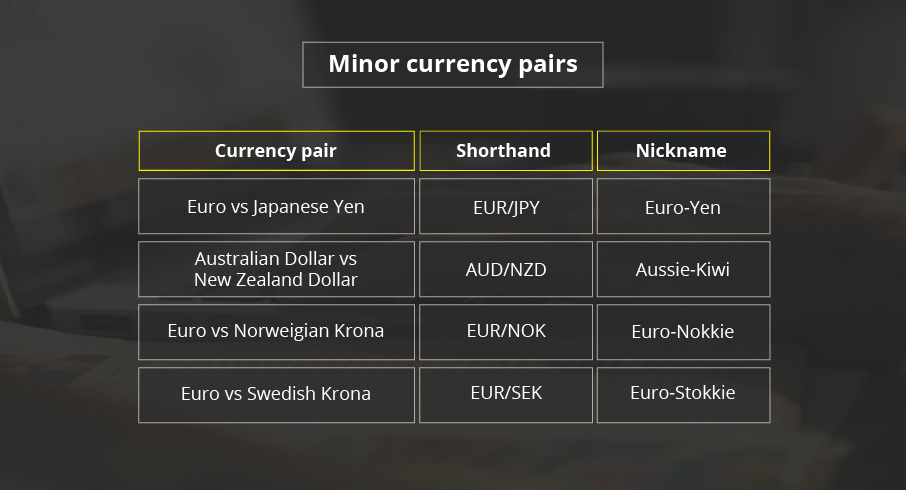 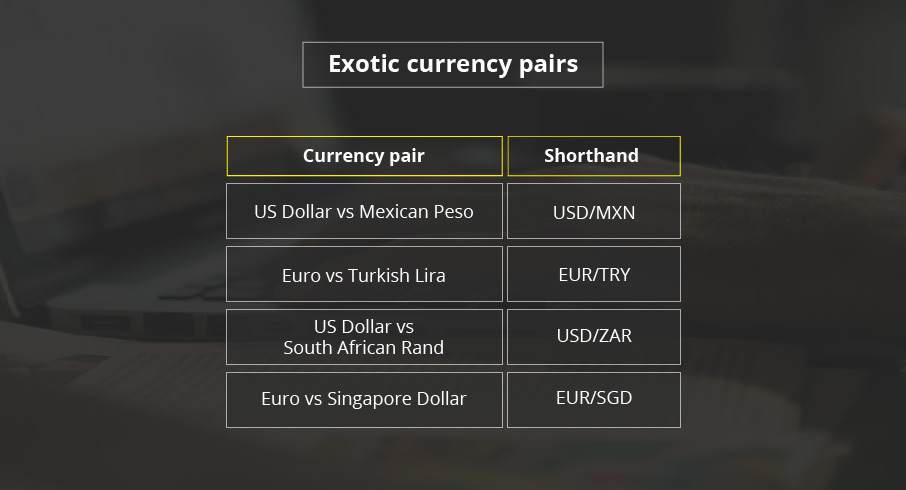 Is Forex trading right for me?

Forex trading is ideal for investors who want the opportunity to trade on a market that is open 24 hours a day, while at the same time minimizing trading costs and potentially profiting from markets that are rising or falling. However, it contains significant risks to your money and is not suitable for everyone. We strongly suggest trading on a demo account before you try it with your own money.

Forex trading is ideal for people who are:

Looking for short term opportunities.
FX prices are also influenced by economic and political conditions, such as interest rates, inflation, and political instability, such conditions usually have only a short-term impact, so FX trades are typically held open for a few days or weeks, rather than over the longer term.

Who want to make their own decisions on what to invest in.
City Index provides an execution only service. We do not advise you on what to trade on, and do not trade on your behalf.

Looking to diversify their portfolio.
City Index offers access to FX markets which are otherwise difficult or costly for the retail investor to access.

Be as active or passive as they want.
You can trade as little or as often as you want.

Mark Lesson as Read
Lesson Completed
Go to next lesson

Currency Pair of the Week: GBP/USD
Article
With economic data releases from both the UK and the US this week, GBP/USD has the potential to be volatile.

Currency Pair of the Week: GBP/USD
Article
With economic data releases from both the UK and the US this week, GBP/USD has the potential to be volatile.