US Dollar starts the new year off with a bang! 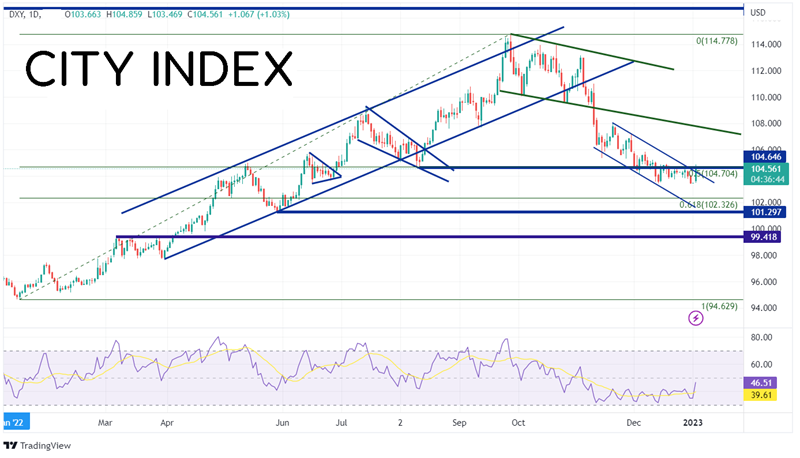 What is the Dollar Index?

The chart below is USD/CHF. Notice the correlation coefficient at the bottom of the chart.  The current correlation coefficient between the 2 assets is +0.87.  Correlations with a reading above +0.80 are considered strong positive correlations, that is, the 2 assets move in the same direction a majority of the time.  USD/CHF also made a low for 2022 on January 14th at 0.9227.  The pair made its 2022 high on October 21st, at 1.0158.  But it wasn’t until November 7th that the correlation reestablished itself above +0.80 and took it to the end of the year. 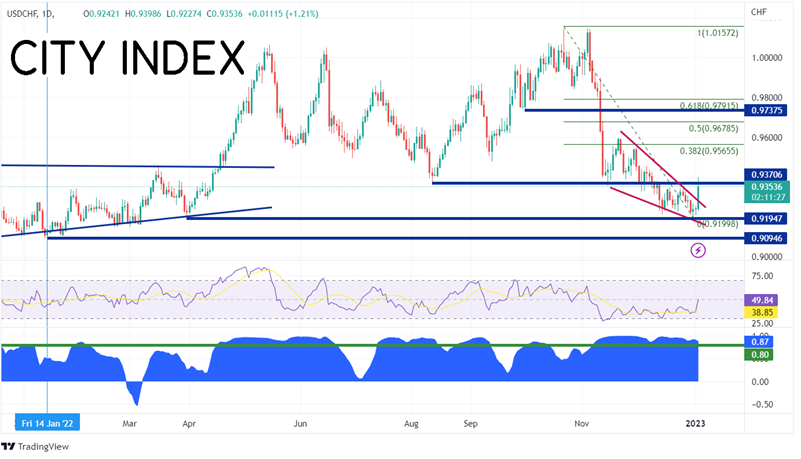 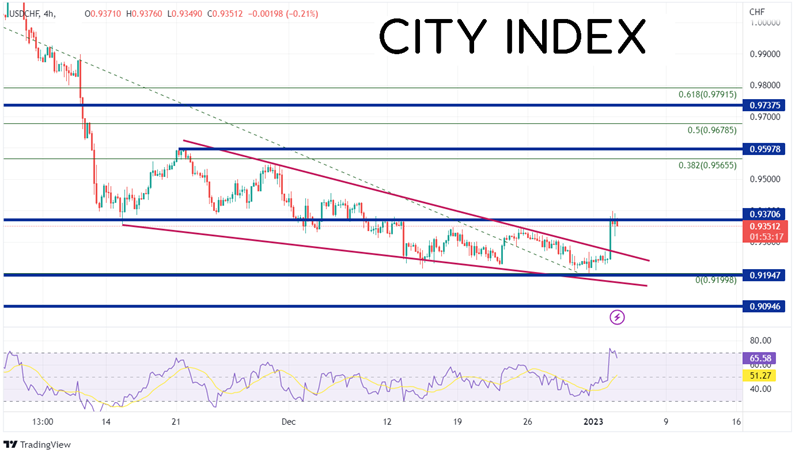 The US Dollar Index (DXY) was shot out of a cannon on the 1st trading day of 2023.  As a result of its strong correlation with USD/CHF, the DXY brought the pair higher with it. Will the DXY continue to move higher?  If it does, as long as the strong correlation holds, USD/CHF should move higher as well.