The much softer than expected inflation report for the US was exciting news indeed for central banks and traders alike. Perhaps I’ve become too accustomed to inflation beating forecasts to the upside (as opposed to missing to the downside like it did), but it was a welcome surprised none the less.

Judging from the market’s reaction, one would thin the Fed had cut rates overnight. The Nasdaq rallied over 7% during its best day since the pandemic, USD/JPY suffered its worst single-day loss in over 6-years ad yields were aggressively lower. 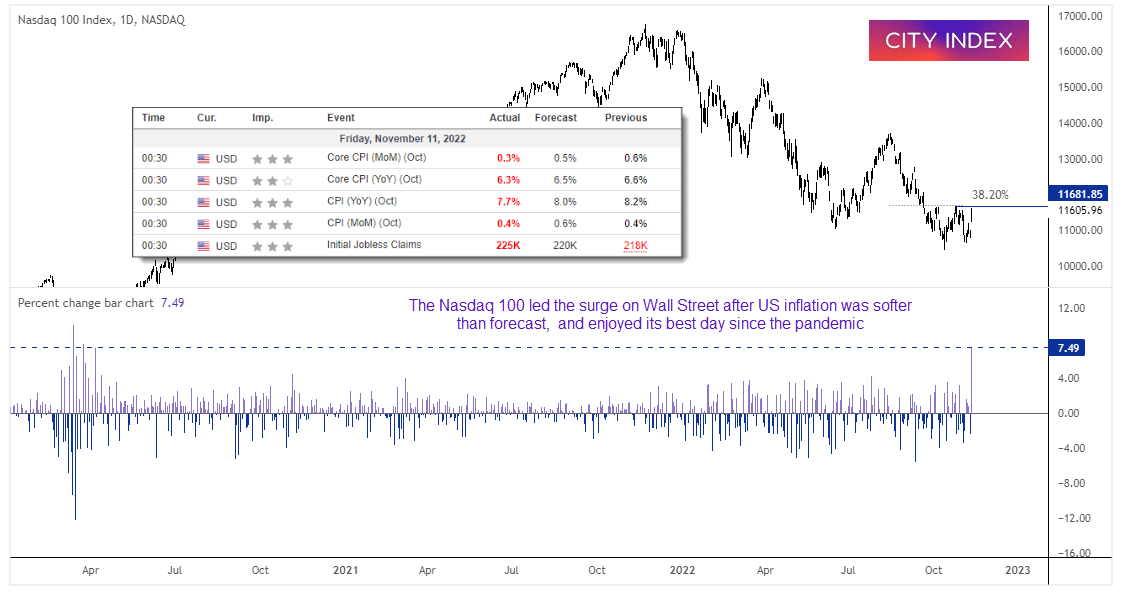 With monthly and annual measures of core and broad CPI all coming in below expectations, it’s a glowing report - I think we can all agree that a 50bp Fed hike in December is now a done deal. Fed fund futures suggest an 85.4% chance of a 50bp hike, up from 56.8% just the day prior –which will put a big smile on the Fed’s faces. And with China’s producer prices deflating, it’s only a matter of time until those disinflationary forces show up in US data, and hopefully drag US inflation down from elevated levels.

Bond traders were heavily short ahead of the CPI report 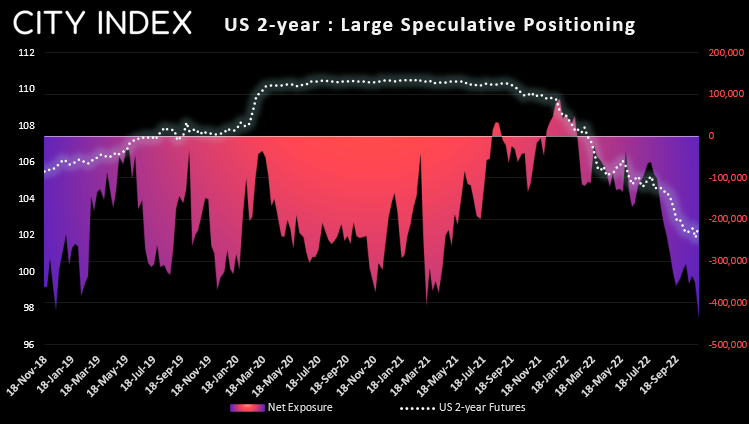 But a lot of bond traders have been caught short – literally. According to last week’s COT report (commitment of traders), large speculators were net-short the US 2-year treasury note by a record amount. So there will be a lot of bond bears with sore heads today after they were forced to liquidate, effectively throwing fuel onto a bullish fire and send yields aggressively lower. The 2-year yield fell ~30bp during its most bearish session since 2008. And I suspect yields can fall further with so many still caught short on bonds and on the wrong side of the market.

Asian currencies stand to benefit from the soft inflation report. 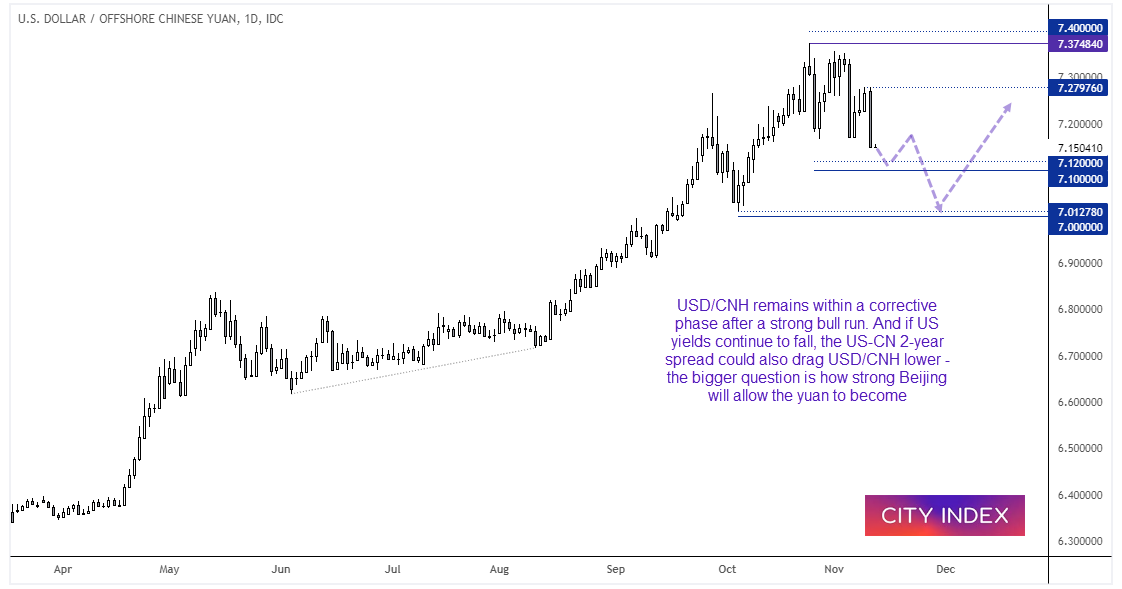 7.1000 is within easy reach for USD/CNH, which sits less than one volatile day’s trade away from it. Whether Beijing will want it to fall back to 7.000 remains debatable given competitive devaluation is at play, but there is a case for a lower US-CN 2-year spread – which USD/CNH correlates very well with.

The path of least resistance appears to be a move to 0.7100, although it may hold as support due to its round number status. Should US yields continue to fall then it could drag USD/CNH lower towards 7.000 – at which point I suspect Beijing may become a bit twitchy over letting their currency appreciate too much against the US dollar.