The BOC just dropped one of their preferred CPI measures

On Wednesday the BOC (Bank of Canada) Governor Tiff Macklem delivered a speech titled “What’s happening to inflation and why it matters”. It was a hawkish speech which explained the key drivers behind inflationary forced in Canada. But a key take-home is that they are no longer monitoring common CPI and instead will focus on the trimmed mean and median CPI indicators, to better assess whether inflation really has topped. 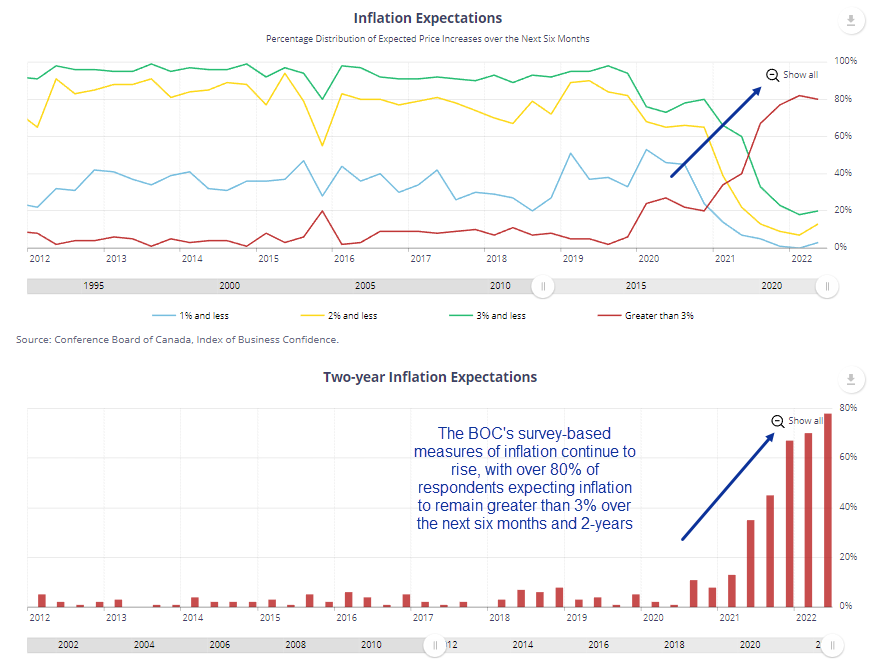 It’s encouraging to see that their preferred measures of inflation – CPI trimmed mean and median – have finally begun to top out. Yet there remains a large gap between inflation and the 5-year breakeven rate, and the BOC are concerned that if inflation does not come down quickly enough then inflation expectations will rise and keep realised inflation higher in the process. And whilst the market-based measure of inflation remains relatively low (for now), the same cannot be said for survey-based measures.

According to inflation expectation surveys, over 80% of respondents expect inflation to remains over 3% over the next 6 months and two years, and both surveys show this trend has been rapidly increasing. 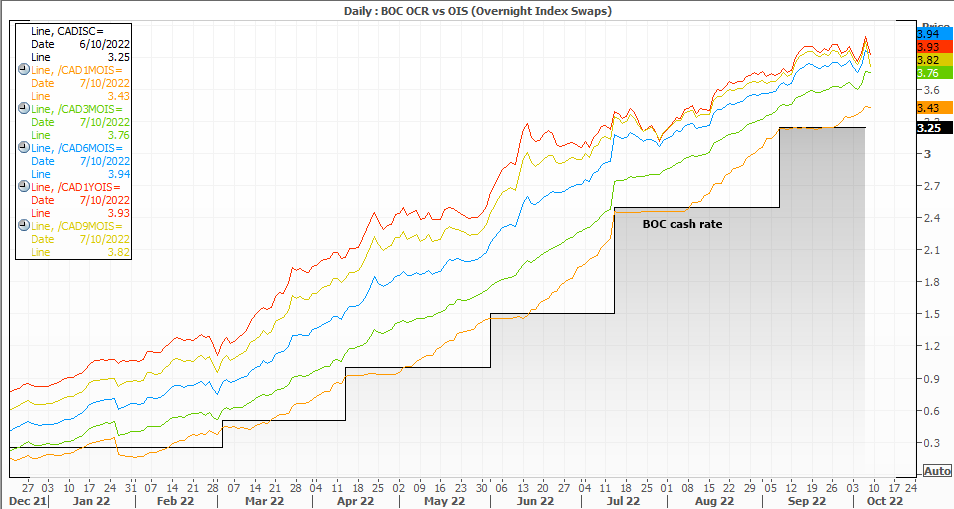 The BOC’s cash rate currently sits at 3.25% and have hiked over the past five meetings by a total of 300bp. Their final two meetings of the year are October 26th and December 7th and the 1-month OIS suggests a 72% chance of a 25bp hike. Yet, given the hawkishness of that statement I suspect a 50bp hike seems more likely – if not a 75bp hike. But at this stage a 4% cash rate by the year end seems feasible, if not more if the Fed are as hawkish as they are letting on.

Canadian employment data is in focus (alongside NFP) later today, so there’s potential for some volatility for CAD pairs should the data deviate too much from expectations. Last month headline employment fell -39k but expected to post a 20k rise today with unemployment expected to remain flat at 5.4%. Yet we doubt the employment report will change much in regards to the BOC’s policy, who have made it clear they will continue to hike to keep inflation expectations in check. 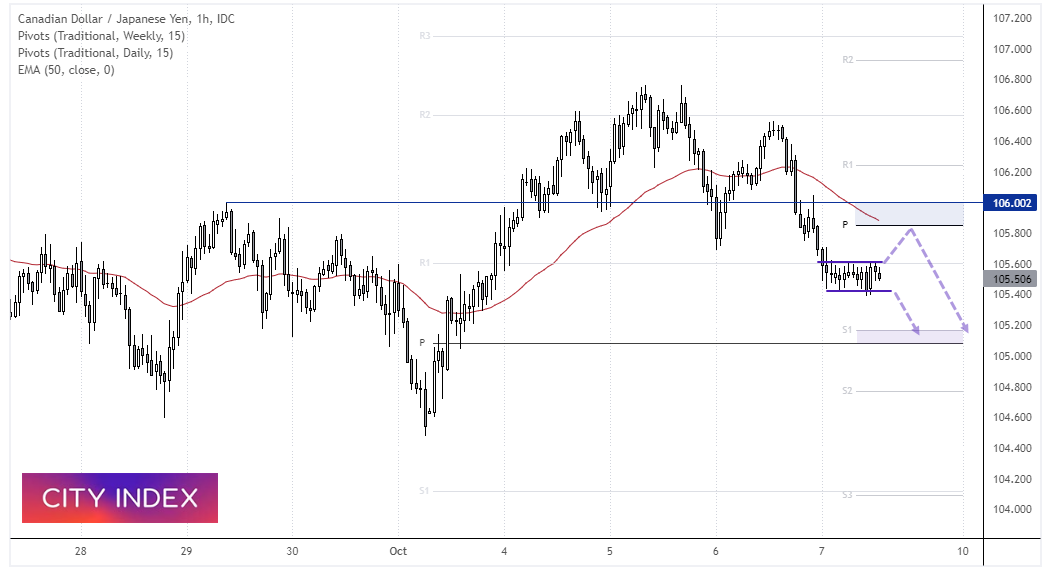 The pair topped out on Wednesday and a bearish trend has formed on the 1-hour chart. Prices are consolidating below the weekly R1 pivot in a sideways consolidation / bear flag, which favours a bearish breakout and move towards 105. Should prices instead break to the upside, bears could seek evidence of a swing high below 106, which is near the 50-bar EMA and weekly pivot point.