Singapore airlines reported a bumper profit in the first quarter, and with demand expected to continuing picking up it sets the tone for future earnings.

Singapore airlines (SIA) posted net-profit in the first quarter of S$370 million, thanks to passenger traffic increasing by fourteenfold following easing of lockdown restrictions. This makes back a decent chunk of the S$409 million erased in Q1 last year. Furthermore, its operating profit of S$556 million was its second highest on record, and its revenue tripled to S$3.9 billion in the three quarter leading up to June 30th.

SIAL expects to reach just over 80% capacity from pre-pandemic levels by the end of this year, which would be a rise from 61% capacity in the June quarter. SIA said in a statement they expect travel demand to remain robust, and sales to remain buoyant for the next three months. Operations will resume at Changi airport’s fourth terminal form the 13th of September due to rising demand. However, elevated fuel prices, inflation and slower growth across the world remain a concern. 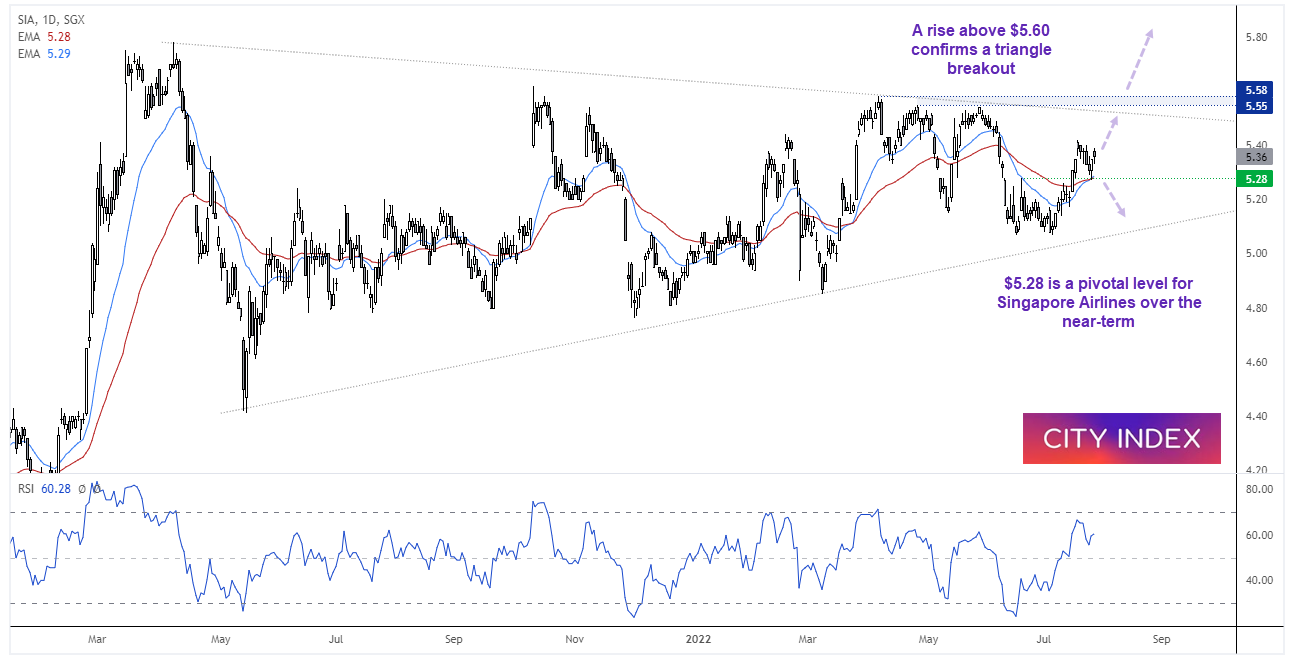 Singapore Airlines has been trading in a triangle pattern since April, which has made it difficult for investors to trade over the longer-term. However, it has provided several decent swings for short-term traders. The market found support around $5.07 at the beginning of July and has now rallied just under 7% this month so far. RSI is above 50 and tracking prices higher. A recent pullback found support at the 20 and 50-day eMA’s and momentum has now turned higher as part of a bull-flag breakout.

The upside target is around $5.50, along the upper trendline. A break above $5.60 is required to confirm a triangle breakout which opens-up the skies for a decent trend to become established. A break below $5.28 invalidates the bullish bias.

UOB are set to release their half-year 2022 earnings before market open on Friday. 13 analysts have a ‘buy’ recommendation (4 of which is a ‘strong buy’) and 4 have a ‘hold’.

Higher interest rates are expected to help Singapore’s banks report an improved second quarter, although there are some concerns that credit impairment and weaker financial markets could weigh on bank’s performance. 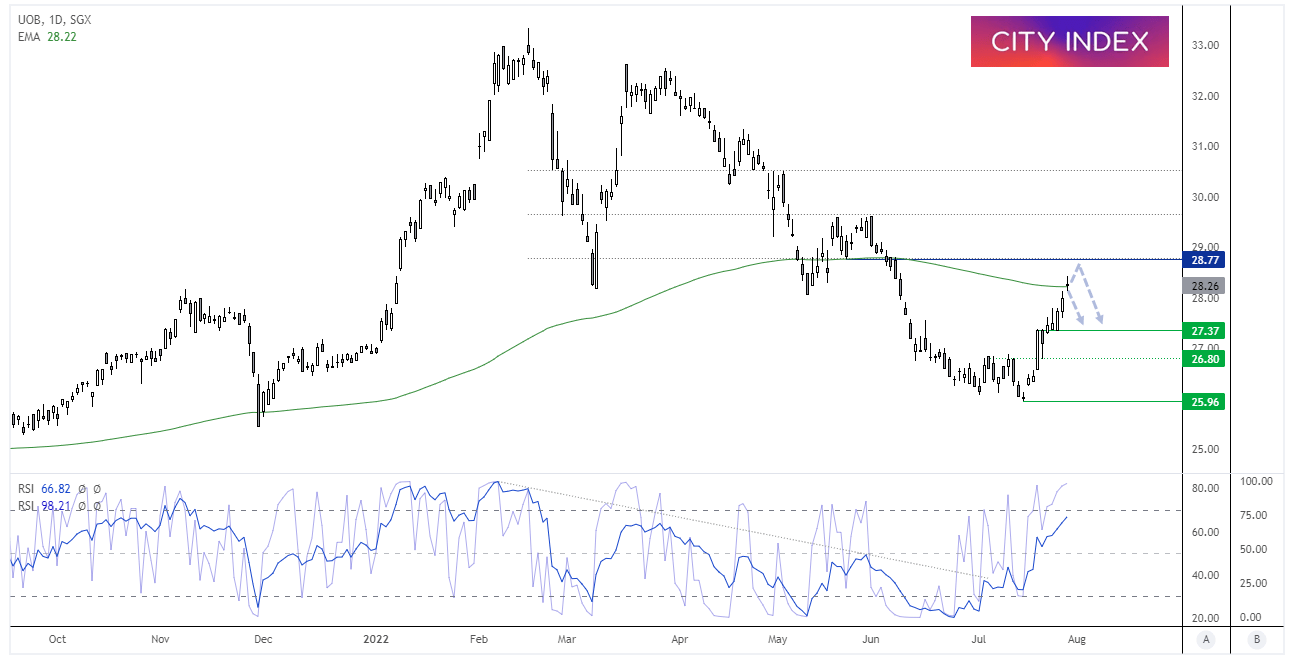 The daily chart has seen a strong bullish move from the $25.96 low, and the RSI(14) has tracked prices higher and is not yet oversold. However, with little in the way of pullbacks during the rally then we’re mindful that it may need to snap back at some point.

A spinning top Doji formed yesterday which closed on the 200-day eMA. Should earnings disappoint and prices gap lower tomorrow, it will leave an Island reversal in place which can mark significant tops. Also note that RSI(2) is very overbought which raises the potential for a retracement over the near-term.

Should prices continue higher then the next target for bulls to focus on is the $28.77 low, near the long-term 38.2% Fibonacci level. And the bias is for it to mark a top and beginning of a retracement should it rise this high.