OK Fed followers: When is a pivot, not a pivot?

Jerome Powell effectively confirmed that the Fed will slow their pace of tightening, prompting strong correlations among asset classes which sent the dollar and yields lower, equities, commodities and (of course) commodity FX higher. Strong, highly correlated reactions signify important events as investors have likely been forced out of an incorrect trade, switched positions or added to their previous convictions.

And make no mistake, Jerome’s speech was an important event; if the Fed are deemed to be slowing their tightening pace, it is then assumed they are closer to pausing and eventually reversing hikes (policy blunders out with).

In turn, this has seen headlines of the famous ‘Fed pivot’ return, alongside fierce social media debates over its very definition. 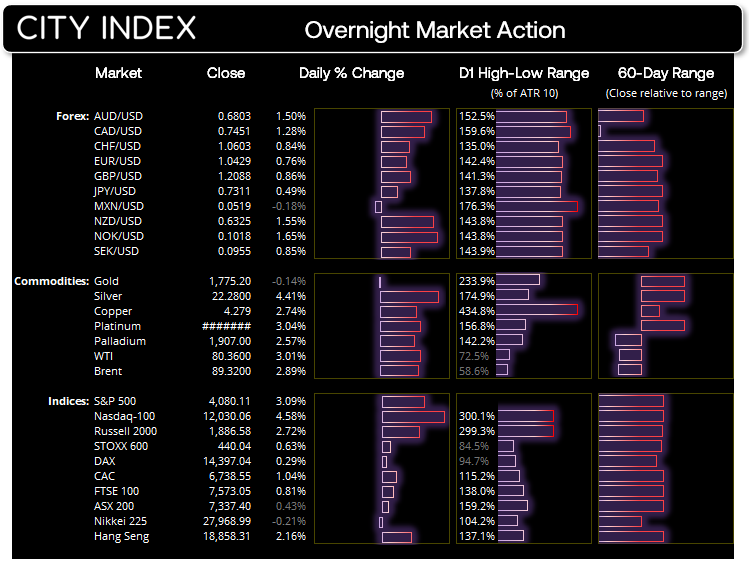 When it comes to monetary policy, the definition ‘pivot’ has become obscured. Personally, I view a pivot as the point in which a direction is reversed. If I am driving north but want to head south, a pivot is the point in which the reversal of direction occurs. Using this definition for a monetary policy pivot, it would assume a Fed pivot is when they signal they are to begin cutting rates, after a series of hikes.

Yet the media feedback loop seems to have obscured this classic definition, prompting many to call a Fed pivot – despite them also saying rates will continue to rise. Using this definition is saying a pivot is a change of momentum, not direction. To use the car analogy, a person is driving north and slows down for a bump in the road – and the point of deceleration is deemed to be the pivot.

You can argue that it doesn’t really matter, supposing one plans the trade and trades the plan. But understanding that the debate is really about whether we are measuring the change of direction verses change of momentum can quickly help you understand which ‘group’ of pivot speakers you are dealing with, and decide for yourself which is the more significant.

But the fact we saw a strong reaction in US markets which has seen little follow-through in the Asian session suggests some are already question how much of a ‘pivot’ that really was. Besides, we also have the Nonfarm payrolls report tomorrow which can also suppress volatility ahead of it.

Now and Next for the Fed

Debates aside, what most agree on is that the Fed will continue to hike rates but at a slower speed. So it will be a case of deciphering how high they will go and how long they will remain elevated. 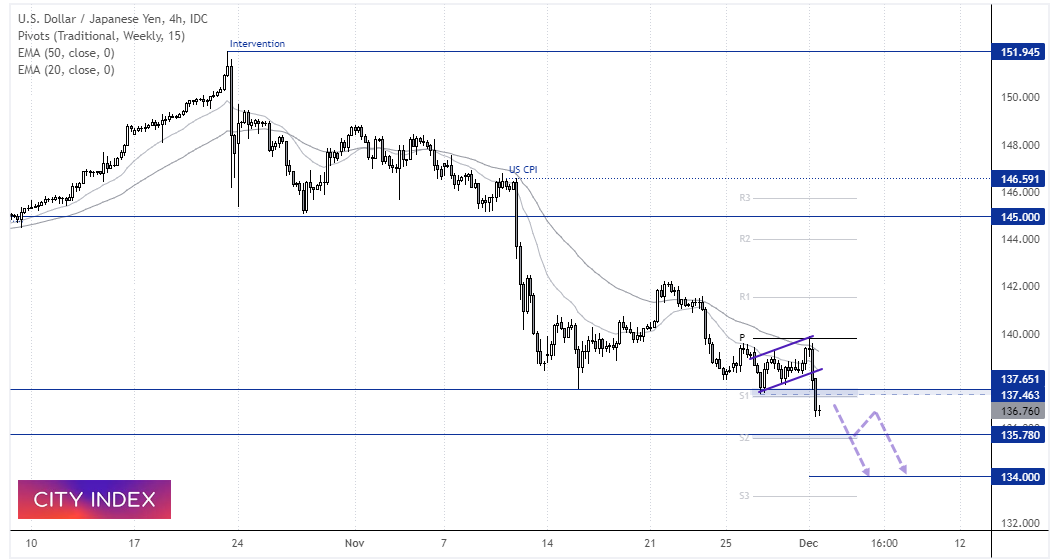 The broadly weaker US dollar sent USD/JPY below 137.46 support and invalidated the double bottom pattern. The bearish trend from the ‘intervention’ high remains very much in play, with its recent swing high finding resistance at the weekly pivot point and 50-bar EMA. The bias is for a move down to 134, although 135.78 makes a likely interim support level. The bias remains bearish below 138.15. 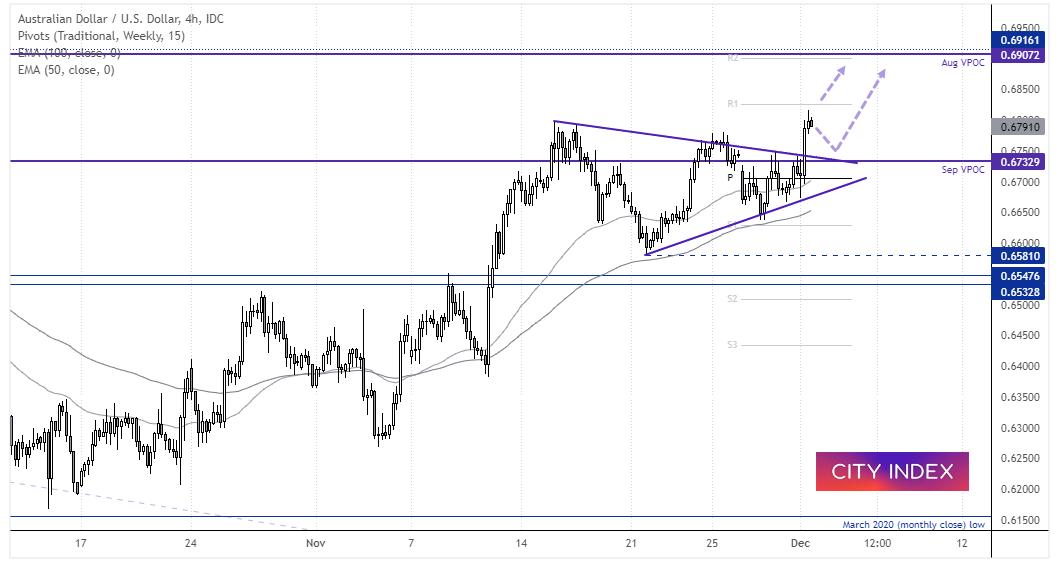 The Aussie has broken out of a symmetrical triangle to the upside, in line with its 4-hour bullish trend. The pattern projects a target around 0.6900 which is also near the August VPOC – volume point of control – which can act as a magnet for prices. As the rally has stalled just below the weekly R1 pivot, we’d like to see a period of consolidation or retracement before reconsidering longs. And would seek dips down to 0.6750 for an anticipated move towards 0.6900.