US Non-Farm Payrolls showed that economy added 428,000 jobs in April, matching March’s revised print and beating average estimates of 391,000.  In addition, the report showed that the Unemployment rate was unchanged at 3.6% vs expectations of a drop to 3.5%.  Average hourly earnings were 0.3% vs a revised print of 0.5% in March and estimates of 0.4%.  When all is said and done, the headline print was a solid beat vs expectations.  The Fed noted at its FOMC meeting earlier this week that labor markets were extremely tight and that it was essential for the Fed to bring down inflation to keep a strong labor market.  Today’s NFP data helps to confirm this view on employment.

The US Dollar Index had been moving higher since May 2021 in an orderly channel. In early April, the DXY broke above the top trendline as the channel near 99.30 as price began to move in a parabolic formation.  Price reached a 20 year high on April 28th at 103.93.  Today, the DXY traded briefly above that level to its highest level since December 2002 at 104.06.  Notice that the RSI was in overbought territory and the recent consolidation has allowed it to move back to neutral levels. 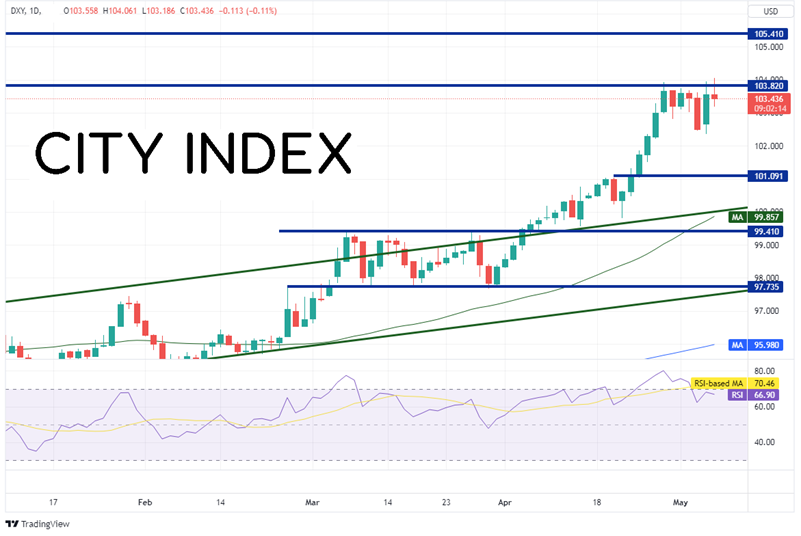 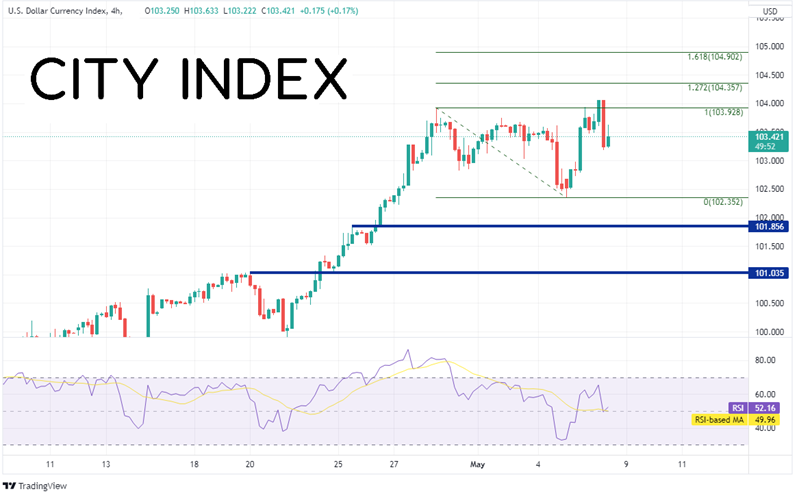 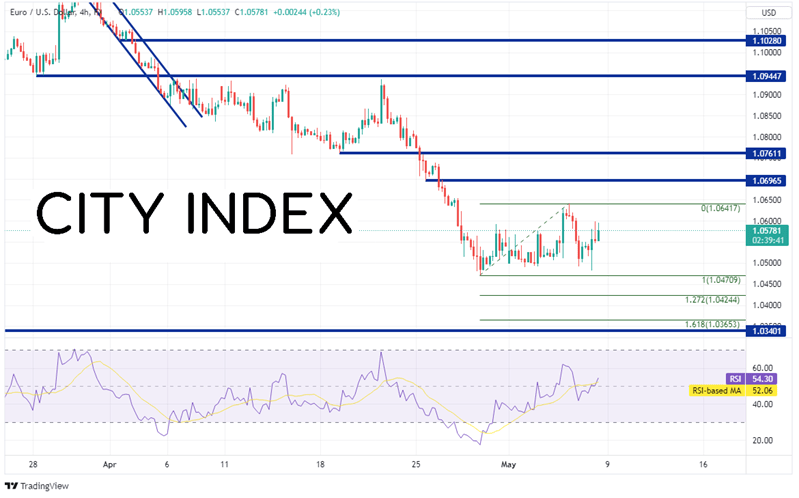 Today’s Non-Farm Payroll data confirms what the Fed said in its statement:  that labor conditions are tight. In addition, Average Hourly Earnings were in-line with estimates.  If the Fed continues to raise rates, will either of these jobs numbers begin to move lower? That will be at the forefront of the Fed’s mind over the next month ahead of June’s NFP print.