The UK’s most widely-followed index closed last week at its highest level in nearly two years, despite the lingering threat of political turmoil as a beleaguered Prime Minister Boris Johnson continues the fight of his political career.

After a widely-panned apology to the House of Commons last week for attending a party in defiance of his own COVID regulations back in May 2020, BoJo is on the proverbial ropes; according to a poll conducted Tuesday, fully two-thirds of UK voters believe that the PM should resign. Senior Conservative leaders are split on whether to continue to support Johnson, with many sitting on the fence until the results of an inquiry into the situation are announced in the coming weeks.

Despite the political turmoil, the FTSE 100 has kept chugging higher, closing Monday at its highest level since the pre-pandemic days of February 2020, though it did pull back a bit today amidst the general risk-off tone. From a technical perspective, the index is riding a 6-week bullish trend line higher and has yet to see a bearish divergence with the 14-day RSI, suggesting that the uptrend remains healthy and could well extend further: 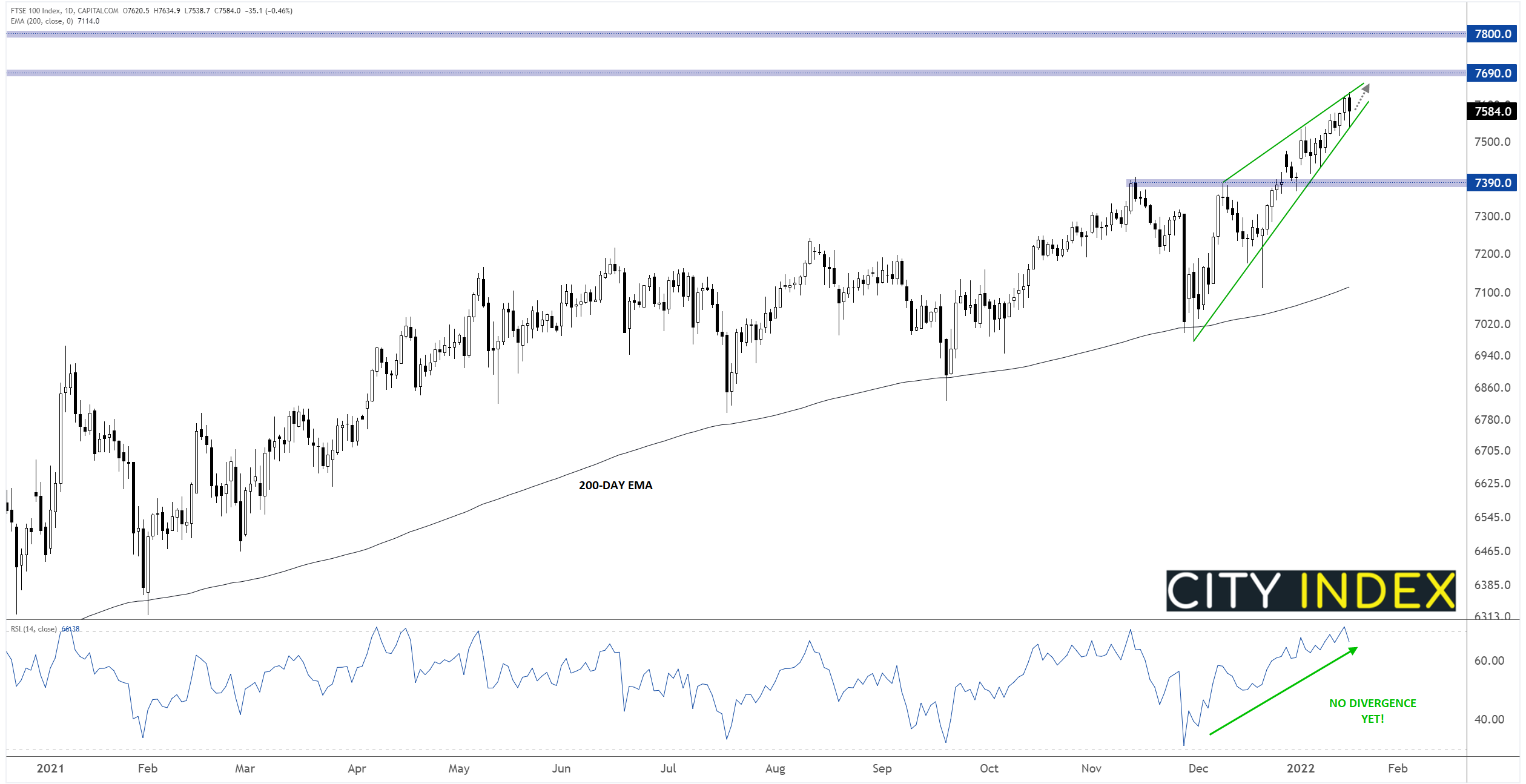 Assuming political chaos doesn’t derail the rally, the next levels of resistance to watch will be the 2020 high near 7690 and significant previous resistance at 7800, which effectively marks the record high in the index outside of a two-day false breakout back in May 2018. For this week, a break below the near-term bullish trend line would hint at a potential reversal from the rising wedge pattern and open the door for a retracement toward previous-resistance-turned-support at 7390.

View more
Stocks: No end in sight for bear trend
What is the short interest ratio?
Burberry FY preview: Where next for the Burberry share price?
US open: Stocks point to a mixed start, growth fears persist
Reddit stocks: what meme stocks are trending?
China's slowdown intensifies. We buy the dip in USDCNY