In an article earlier this week we touched on the view that the global economy bolstered by central bank and government stimulus will eventually weather the COVID-19 storm. However, raised doubts that it could withstand the twin impact of a pandemic and an increase in geopolitical tensions.

Overnight, U.S - China tensions have dominated headlines as China’s ambassador to Washington, Cui Tiankai pushed back against increased anti-China rhetoric from the Trump administration, calling for an end to the “blame game” or risk a “decoupling” between the two nations.

Cui also rejected claims that China should make amends for the economic downturn the virus has caused. Lawsuits seeking damages from China have now been filed in U.S. states including Florida, California, Nevada, Pennsylvania, and Texas.

The latest poll by the Pew Research Centre shows 66% of U.S. citizens hold an unfavourable view of China, the highest reading since Pew introduced the question 15 years ago. There is genuine concern that as U.S states reopen economies and relax distancing rules, it will lead to a resurgence in new cases and further flame anti-China sentiment.

When we look at the price of gold, it appears to be catering to this possibility. The rally from the March $1451 low appears to be missing a final leg higher above the April $1747 to complete a 5-wave rally. To this effect, gold appears to have spent the past four weeks consolidating in an “abcde” type correction.

Providing the current sell-off extends holds above term support 1675/70 area, it is viewed as a set up for gold to retest and break above the $1747high. Confirmation the uptrend has resumed would be a break/close above recent highs and trendline resistance $1725 area.

This setup is a very similar to one that unfolded between January and February this year that preceded a nice surge higher. In this light, gold is one market to keep on the radar in an environment of rising geopolitical tensions. 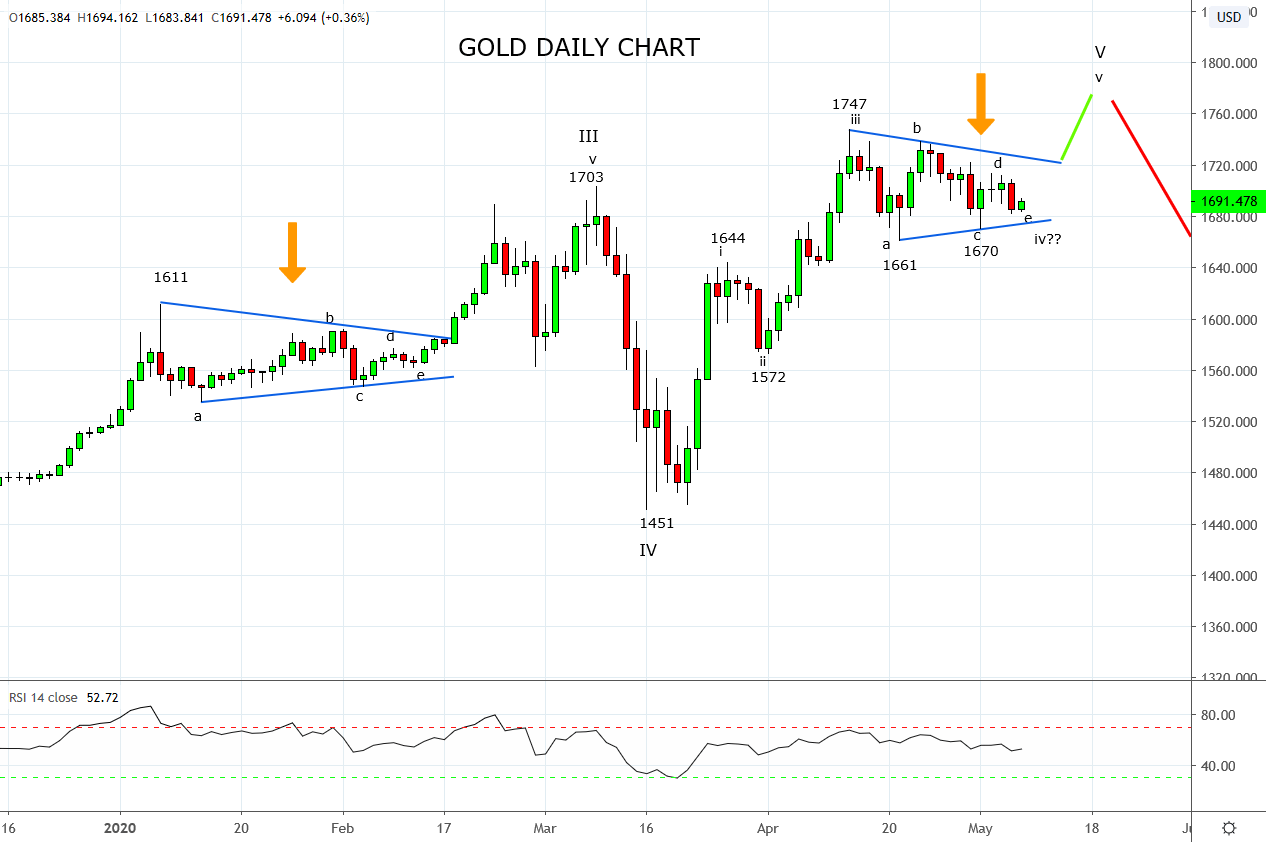 View more
What is the short interest ratio?
Burberry FY preview: Where next for the Burberry share price?
US open: Stocks point to a mixed start, growth fears persist
Reddit stocks: what meme stocks are trending?
China's slowdown intensifies. We buy the dip in USDCNY
Gold eyes bounce around $1800 as stocks remain volatile