EUR/USD recovers on Ukraine-Russia deal ahead of busy week

The EUR/USD has recovered impressively to turn flat on the session after being down more than 100 pips earlier in the day when it was hammered on the back of very weak PMI data. But the turnaround has now been completed, and more gains could be on the way as we head towards a busy next week.

Sentiment improved towards risk assets after Ukraine and Russia signed a UN-backed deal to allow the export of millions of tonnes of grain from blockaded Black Sea ports. This has the potential to not only avert the threat of a major global food crisis but reduce inflationary pressures too. The fact that Russian gas flows have re-started after maintenance works ended in Nord Stream 1 pipeline is further good news.

Part of the reason why the EUR/USD recovered had nothing to do with the euro, but everything to do with the US dollar. The greenback fell across the board as bond yields plunged on rising concerns over an economic slowdown that in the eyes of the market would bring forward rate cuts from the Fed. For indeed, the euro remained on the backfoot against most other major currencies, including the pound and yen.

I still think that the EUR/USD is due for a correction towards at least 1.0350, with the potential to retest the 1.05 handle also cannot be ruled out, given the recent bullish price action, including today’s somewhat impressive recovery. However, all bets are off if rates break below the 1.0150 support level first. In that scenario, another retest of parity would then become likely. 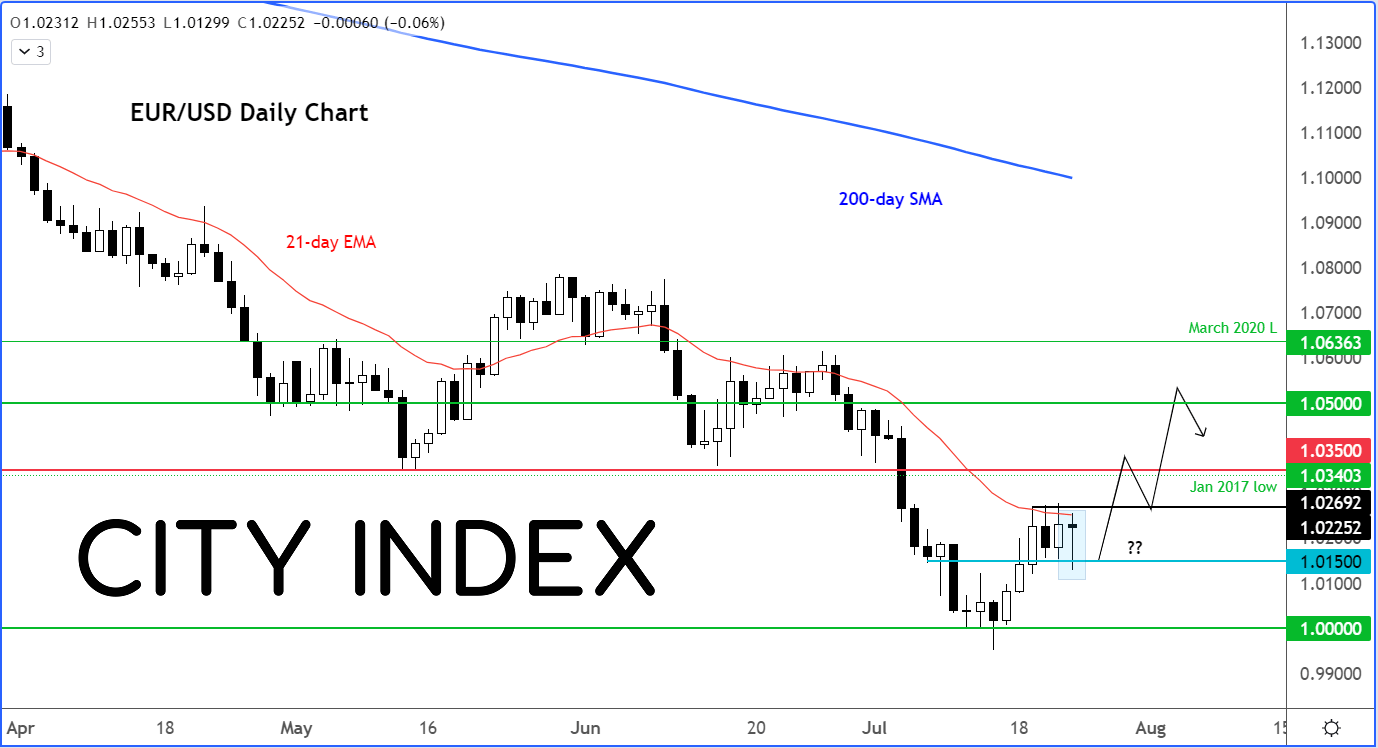 The EUR/USD will face another testing week, with macro events (and company news) to take into account from both sides of the Atlantic. The macro highlights include:


How to trade with City Index