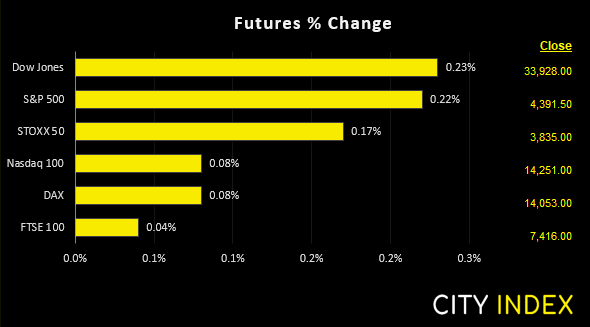 Ultimately Jerome Powell made two clear points regarding rates. He'll vote for a 25 bps hike at their upcoming meeting, and the Fed intend to continue raising rates whilst treading "carefully". If the Fed are less aggressive, it also alleviates pressure from Asian central banks to also lift their own benchmark rates. Yet the downside to knowing this is that it removes some of the fun from incoming economic data such as ADP and NDP employment reports. The KOSI and TOPC were top performers, mining shares led the ASX as they benefitted from higher commodity prices. European and US futures have opened higher.

WTI continued to rise and is now teasing the 2011 high, a break above which will take it to its most bullish level since September 2008. As nice as it is to be long oil for some at present, others are becoming increasingly concerned of its impact on supporting even higher inflation alongside headwinds for growth. $115 is its next pivotal level beyond the 2011 high of 114.83, and its first major sign of weakness against such a strong trend would be a key reversal day around such a level. Bears can only live in hope.

We have two schools of thought on GBP/AUD. On one hand, it has had an extended bearish move on the daily chart, reached (and exceeded) our downside target and produced a Doji yesterday which warns of over-extension to the downside. I which case we would take a volatile bullish candle and close (or break) above 1.8400 as a sign that a countertrend move is underway. 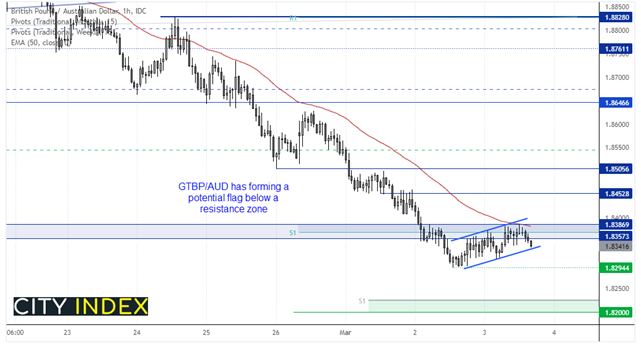 However, the hourly trend remains bearish and a potential bear flag is forming below a resistance zone. We are therefore also on the hunt for a breakout of the flag to seek an initial target of the lows. Should prices continue lower then its next decent support zone is around 1.8200. 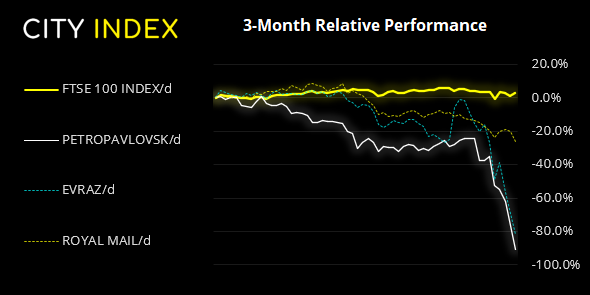 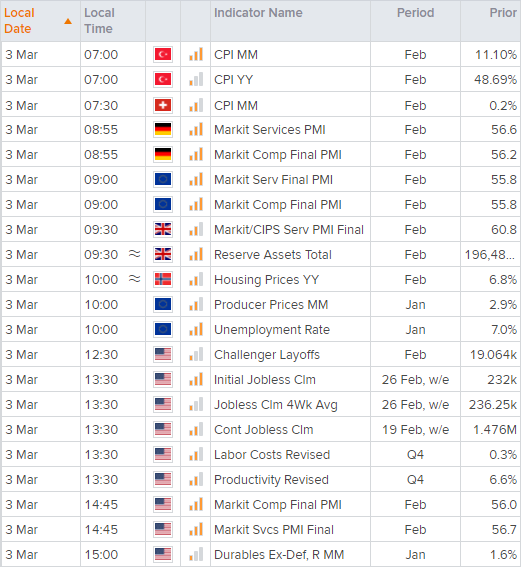