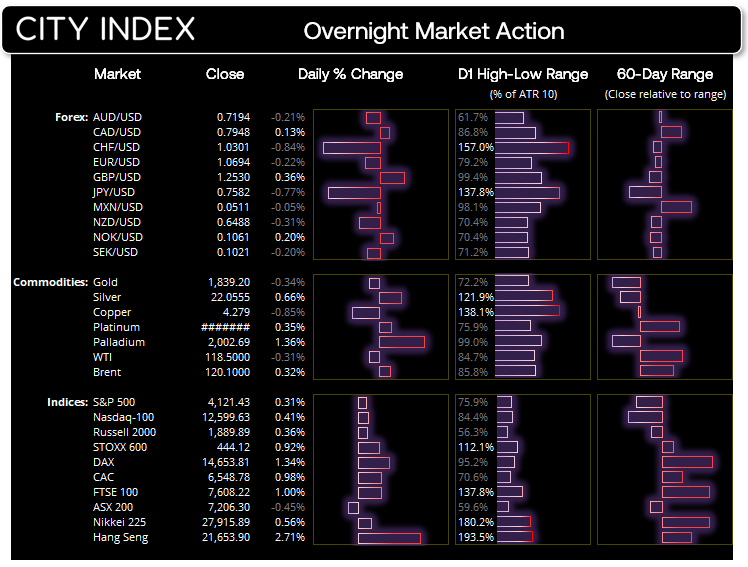 GBP initially rallied on expectations that he would win, yet most of those gains have been handed back on the realisation he won on paper, but not in principle.

With 41% of Johnson’s party voting to oust him, it’s a clear sign of the rot within the Conservative Party. But don’t expect that to deter Johnson from clinging on to power for another year - who has had numerous ‘opportunities’ to resign in the past - with his lockdown parties being just the latest logical reason. Theresa May graciously admitted defeat and ‘saw herself out’ with 64% of her party voting in her favour back in 2018. But this is Boris Johnson. He’s got this far, and he’ll go as far as he can – with or without his party or the people behind him.

Ultimately, there are no winners here and the Conservatives have arguably the worst outcome; neither enough votes to oust him, nor enough for him to govern with any confidence.

The potential head and shoulders top mentioned in yesterday’s report is confirmed with a break below 1.2456, but political events over the past 12 hours have seen it oscillate within a range. It now trades around the midway point of the 1.2500 - 1.2600 range. If the 1.2530 area hold as support then perhaps bulls could seek dips to target the 1.2590 high. However, with a lack of confidence in the UK Prime Minister, we would prefer to either seek short entries around or below the 1.2590 resistance area, or enter short in the lower half of the range. If the US dollar continues to strengthen leading into this week’s inflation report, then perhaps we will see that head and shoulders top confirmed after all. 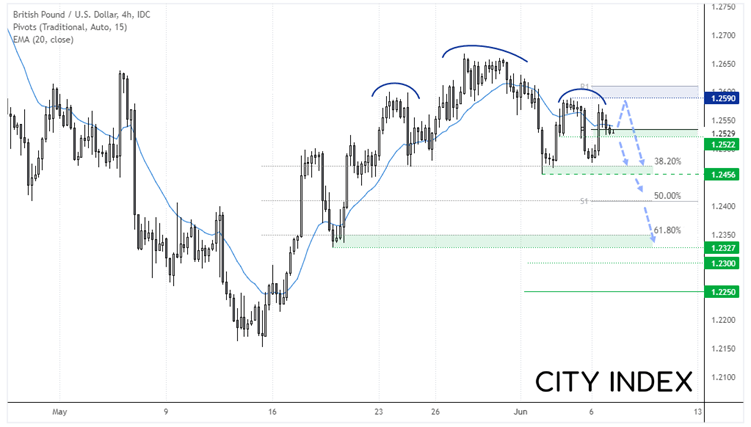