BOE recap: “As expected”, but with a surprise!

The Bank of England hikes rates by 25bps, as expected.  However, the decision was close to being a 50bps hike, as 4 of the 9 members voted for the higher rate increase. The markets took this as a surprise and the Pound spiked across the board.  Regarding the close vote, Bailey said that there was a debate in policy making about whether to take gradual steps towards easing or to do a larger move now to send a message.

Governor Bailey previously had signaled that when rates reach 0.5%, the BOE would begin unwinding its balance sheet.  Indeed, as a result of the increase on February 3rd, the central bank said they would begin to reduce the amount of bonds owned by not reinvesting the proceeds of maturing assets. (When rates reach 1%, Bailey said they would consider selling bonds outright). Committee members also said that they see inflation rising to around 7.25% in the spring but falling back to a little above the 2% target within 2 years.

Baily went on to say during the press conference that there is a tradeoff between strong inflation and weakening growth, as many households see income squeezed. He noted that there are more rate hikes to come, but not to assume that the BOE was embarking on a long series of rate hikes. He added that rates were raised not because the economy is roaring away, but because it is unlikely that inflation will return to target without it!

Although the outcome of the meeting was “as expected” with the 25bps rate hike, GBP/USD immediately went bid on the surprise results of the 5-4 vote.  The pair immediately moved from 1.3564 to 1.3627 and has since been volatile with that range. 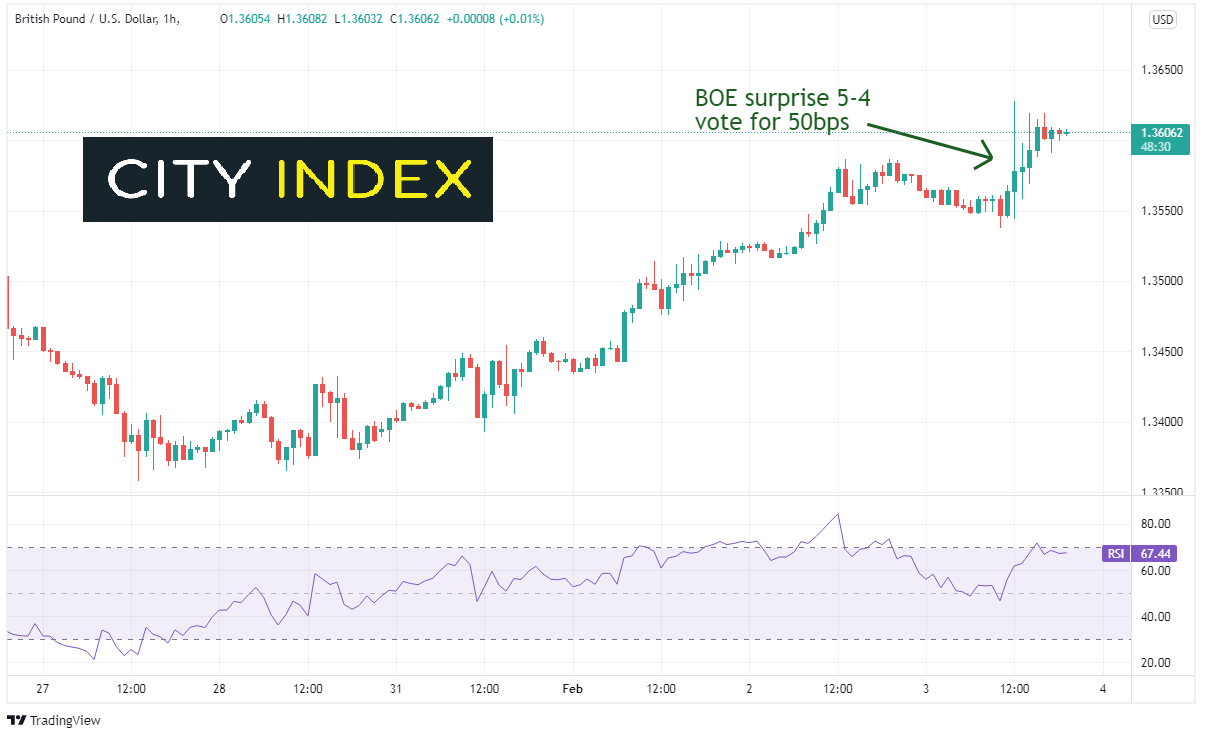 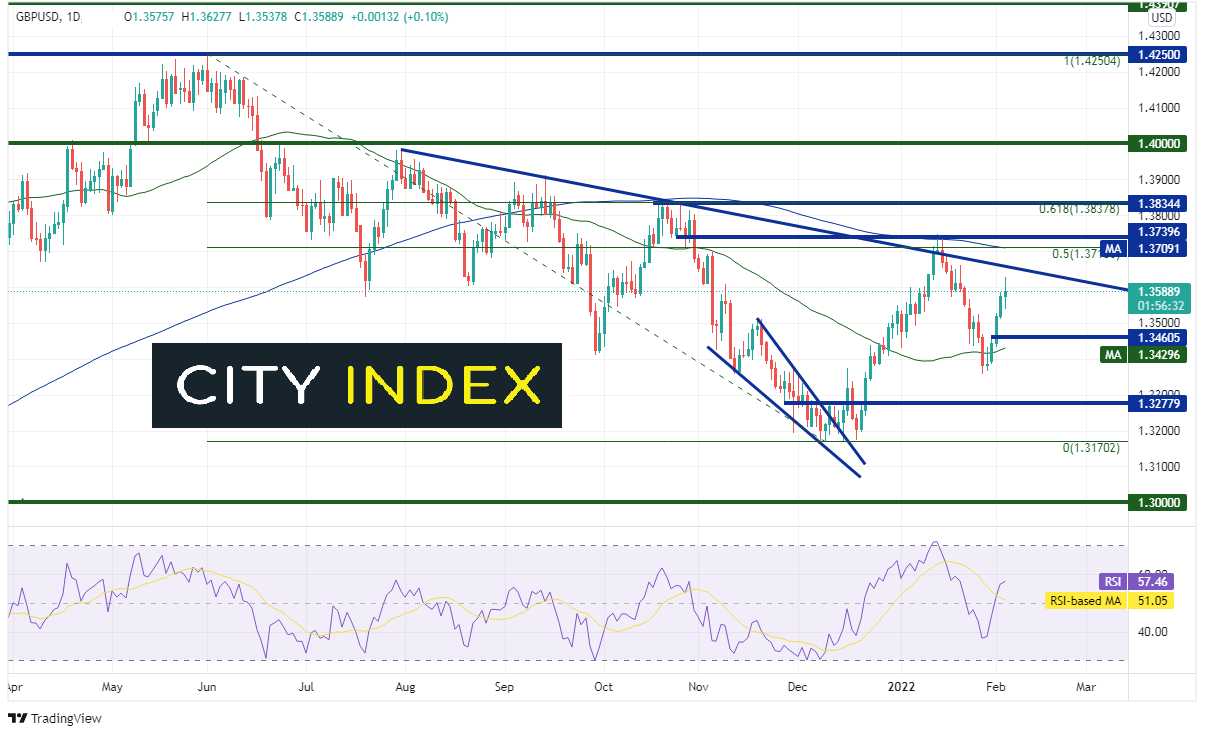 Although the BOE hiked rates by 25bps, as expected, the consensus was not clear.  Just under half of the members voted for a 50bps hike.  Bailey warned that there are more rate hikes to come. He also issued caution, noting that the rate hike was not due to the economy, but due to inflation! Watch inflation data from the UK for clues as to what the BOE may due next!