In yesterday’s article, we spoke about the unusual times we live in after the U.S. stock market rallied following Fed Chairman Powell’s testimony to U.S. the Congress and the Fed minutes that emphasised increased uncertainty had depressed the economic outlook. In this article we talk about an opposite effect as the good news that Bitcoin received in recent weeks, has had negative consequences.

Facebook announced in Mid-June that it would launch its own digital coin called Libra in partnership with a host of well-established companies including Mastercard, Visa, Paypal and eBay. Helped along by ongoing geopolitical uncertainty the Libra announcement sparked a sharp rally in Bitcoin as the market concluded the Libra announcement meant Bitcoin was one step closer to mainstream acceptance.

Facebook in a document that outlined its plans for Libra said the coin would allow its 2.4 billion users access to “better, cheaper, and open financial services”. To provide stability and to become a reliable store of value, Libra would be anchored to a mix of global assets and built on its own blockchain technology.

Perhaps not surprisingly given the Facebook/Cambridge Analytica scandal remains fresh in authorities’ minds, the Libra announcement sparked immediate concerns from U.S. lawmakers. In the last 24hours, both U.S. Federal Reserve Chairman Powell and U.S. President Donald Trump have spoken out against the coin which implies the Libra project is now effectively on hold. 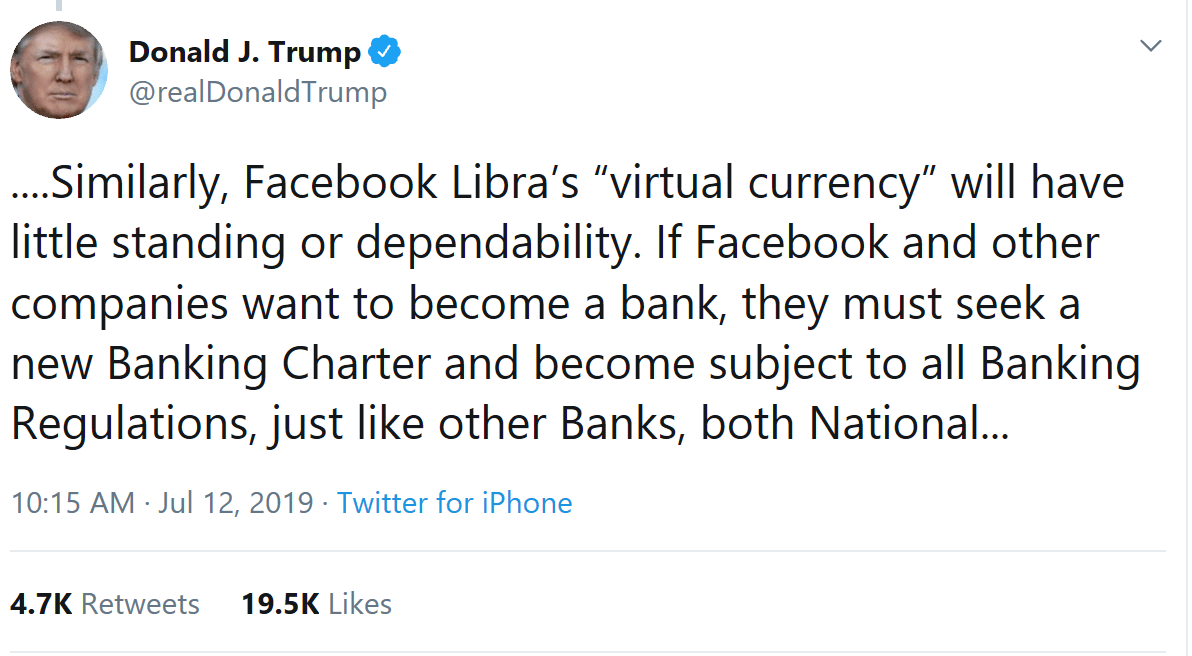 Following Powell’s comments and Trumps tweet above, Bitcoin is currently trading near to 11k after trading above 13k just 24 hours earlier.

As outlined in last week’s Bitcoin article, https://www.cityindex.com.au/market-analysis/btc-from-optimism-to-despair/ Bitcoin appears to be tracing out a Wave IV retracement after putting in place a medium term high in late June at the 13.8k high. The drop from this week’s 13.2k high counts as Wave C of Wave IV, which suggests a move to the wave equality pullback target at ~9k is likely.

Assuming Bitcoin reaches near to the 9k pullback target, I will be watching closely for a bullish daily reversal candle as the set up to reload Bitcoin longs, in expectation of rally towards 16k. 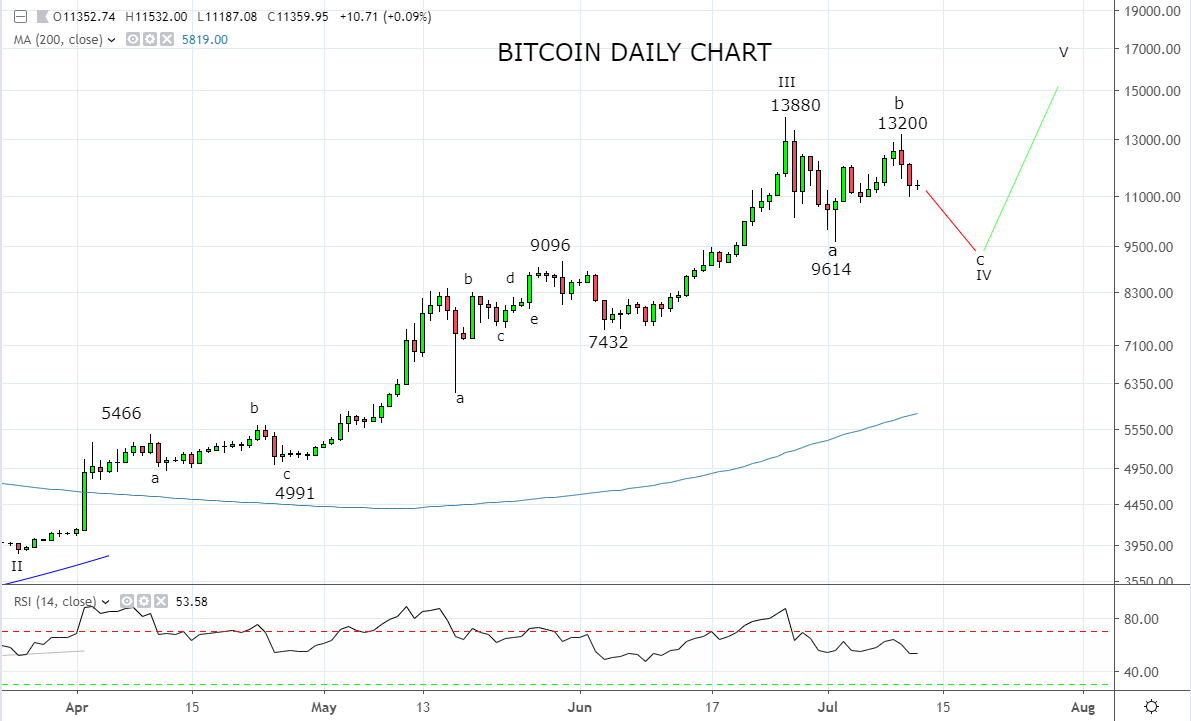 Source Tradingview. The figures stated are as of the 12th of July 2019. Past performance is not a reliable indicator of future performance.  This report does not contain and is not to be taken as containing any financial product advice or financial product recommendation

Bitcoin: Is the regulatory shoe about to drop on crypto?
By:
Matt Weller CFA, CMT

Bitcoin dives as Bitcoin 2022 kicks off
By:
Tony Sycamore

Ethereum 2.0: what is it and when is the Ethereum 2.0 release?
By:
Rebecca Cattlin