The Bank of Mexico hiked interest rates by 25bps to 5%, as expected, although some had hoped for a 50bps hike given recent inflation readings.  This follows 25bps hikes at their last 3 interest rate decision meetings.  Inflation data released on Tuesday showed that the October YoY CPI was 6.24% vs an expectation of 6.18% and 6% in September.  This was the highest reading since December 2017. For the most part, the committee repeated its September 30th statement which said that despite shocks, increased inflation is expected to be transitory. However, they also said that these shocks may pose a risk to the price formation process and inflation expectations.  Therefore, the rate hike was necessary to adjust the trajectory of inflation to converge at its target of 3%.

Clearly some traders were expecting Banxico to hike rates 50 bps, as USD/MXN screamed higher after the announcement. Price moved from 20.4895 up to 20.6691 within moments of the release, taking back all the intra-day selloff. 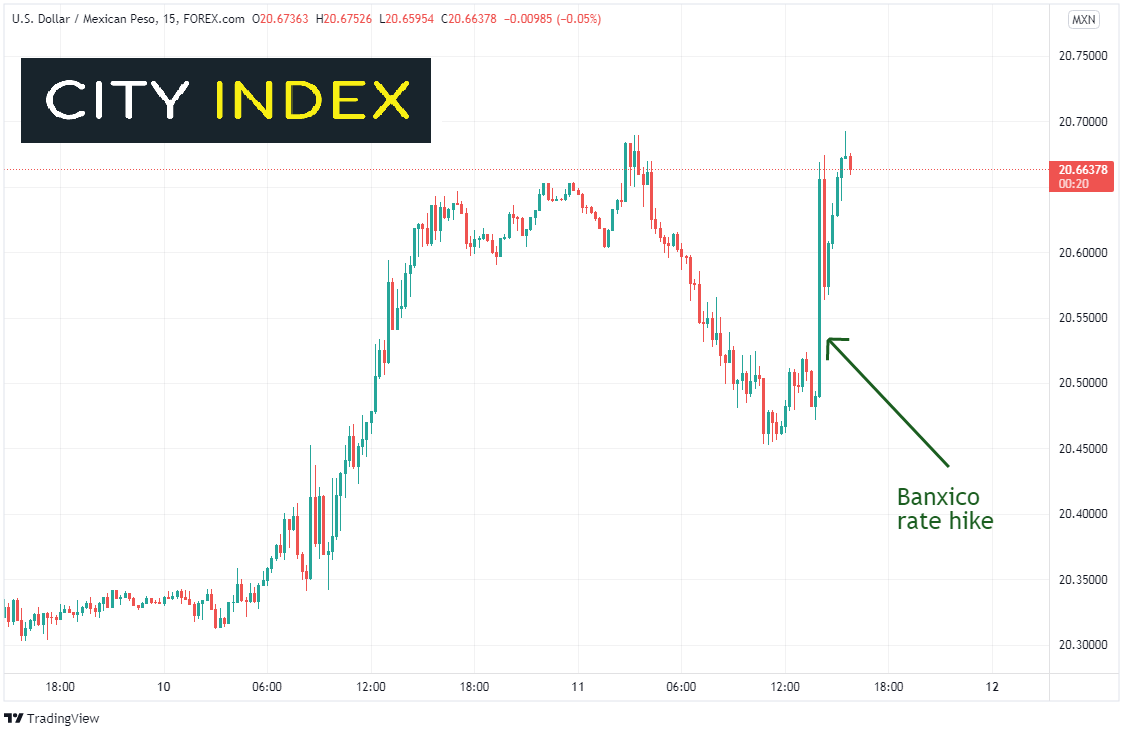 On a daily timeframe, USD/MXN held horizontal support on Tuesday with a hammer candlestick at the 50- Day Moving Average to close at 20.3162. The pair spiked higher on Wednesday as the US Dollar screamed higher after the US inflation data.  Before the Bank of Mexico announcement today though, USD/MXN was moving lower, an indication that 50bps may have been expected.  However, price bounced, and the pair closed slightly higher on the day near 29.6660, up 0.15%.  The roller coaster ride continues; however, the range has been set between 20.1194 and 20.9812.  A break above and USD/MXN could be on its way to 21.6355, the high on March 8th.  If price breaks below the range, it could be headed back towards the support zone, which begins at 19.7653. 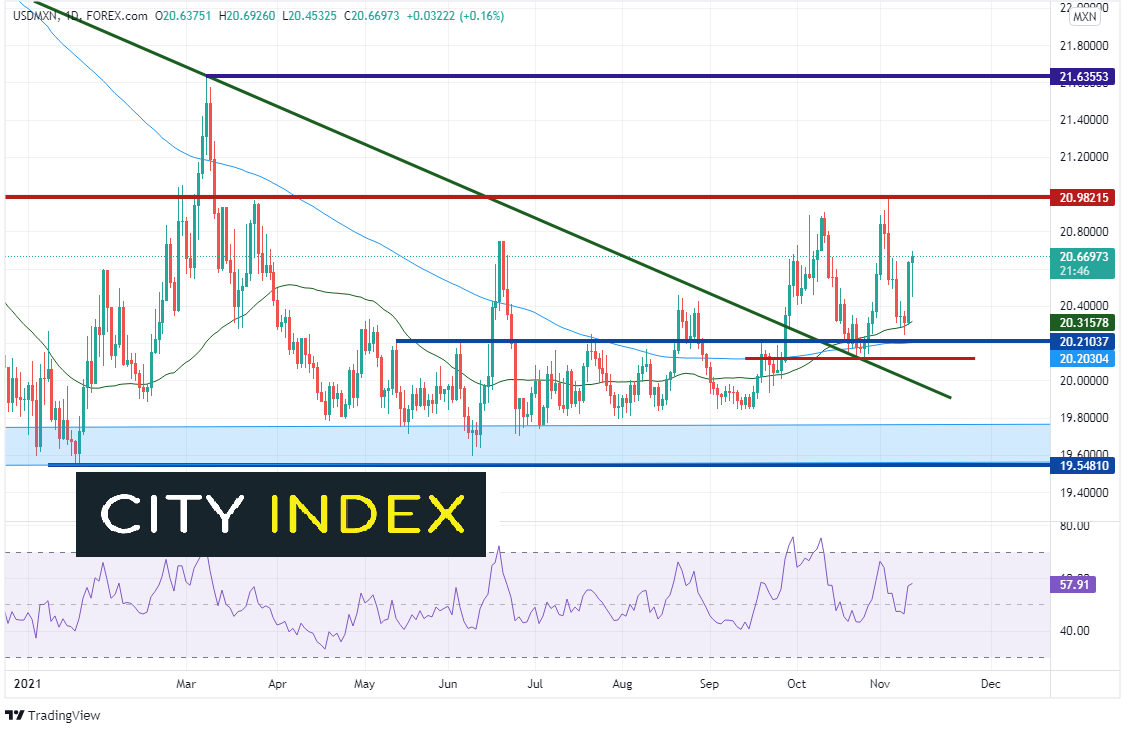 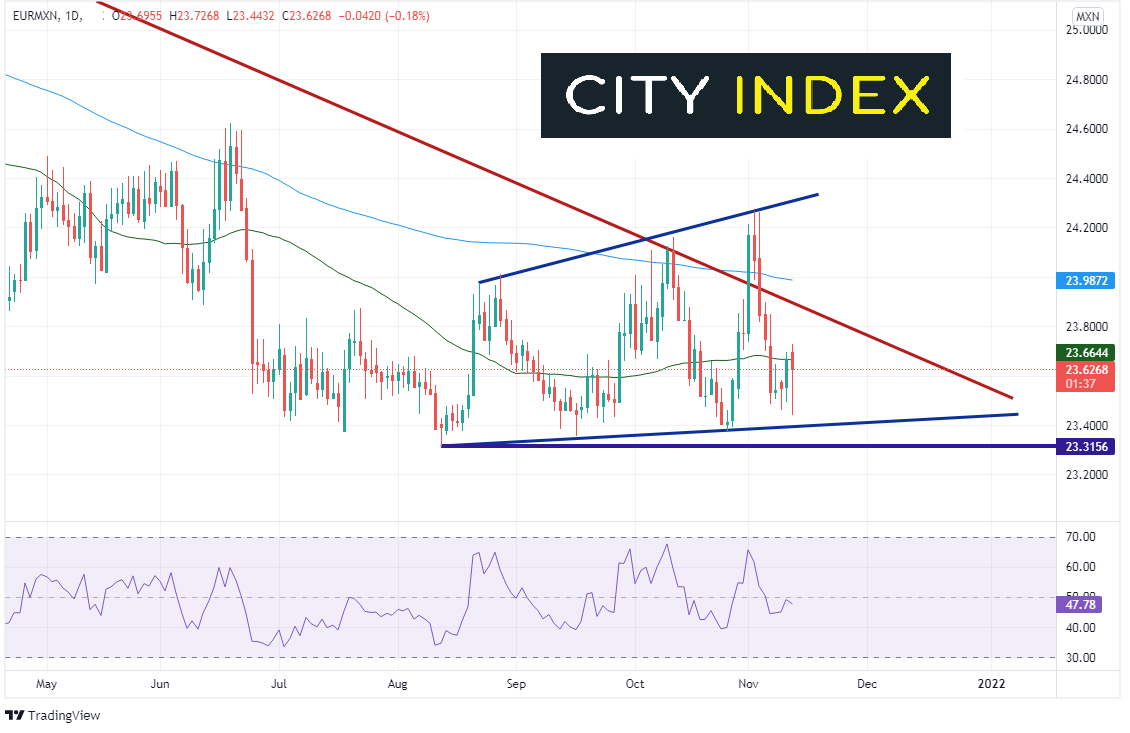 With the Bank of Mexico only hiking rates 25 bps, hawks were upset and sold the peso, after buying it earlier in the day.  Both USD/MXN and EUR/MXN went bid after the Banxico announcement to close the day near unchanged.  However, the peso may now be at the mercy of its counter pairs for the next couple of weeks until the next CPI release on December 9th!