It is no secret that the RBA were late to respond to inflationary forces seen across the globe – based on the premise that ‘it was different in Australia’. Alas, inflation is here and it is indeed rising. And the RBA expect it to rise further, and estimate 2022 inflation to land at 7.75% before pulling back to around 3% over 2024. 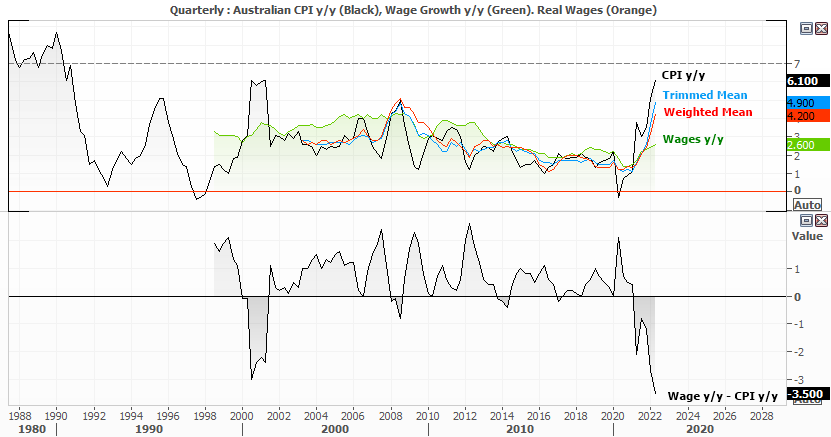 Yet the RBA surprised markets with a mere 25bp hike at their last meeting, and interest rates are just 2.6% which is well below current rates of inflation. Yet during a testimony to the House of Representatives, RBA Governor Lowe pointed out that inflation expectations remain anchored – and it makes more sense to base policy decision on expectations of future inflation over current levels of inflation. For reference, the 5-year breakeven rate is around 2.4% and as the RBS said in their October statement, “Medium-term inflation expectations remain well anchored, and it is important that this remains the case”.

In a nutshell, whilst inflation expectations continue to behave then the RBA are in no rush to hike rates aggressively. Cash rate futures currently imply a 68% chance of a 25bp hike, and have fully priced in a 3% cash rate by their December meeting (although two meetings of 25bp would take rates to 3.1%).

So from a policy perspective, tomorrow’s inflation report is unlikely to change the course of the RBA’s direction. Although if prices come in hotter than expected (like we saw with New Zealand last week) it could send the Aussie higher as it places pressure on the RBA to hike more aggressively. Not that they want to, or likely will anyway - especially as wage growth remains relatively tame compared to inflation. 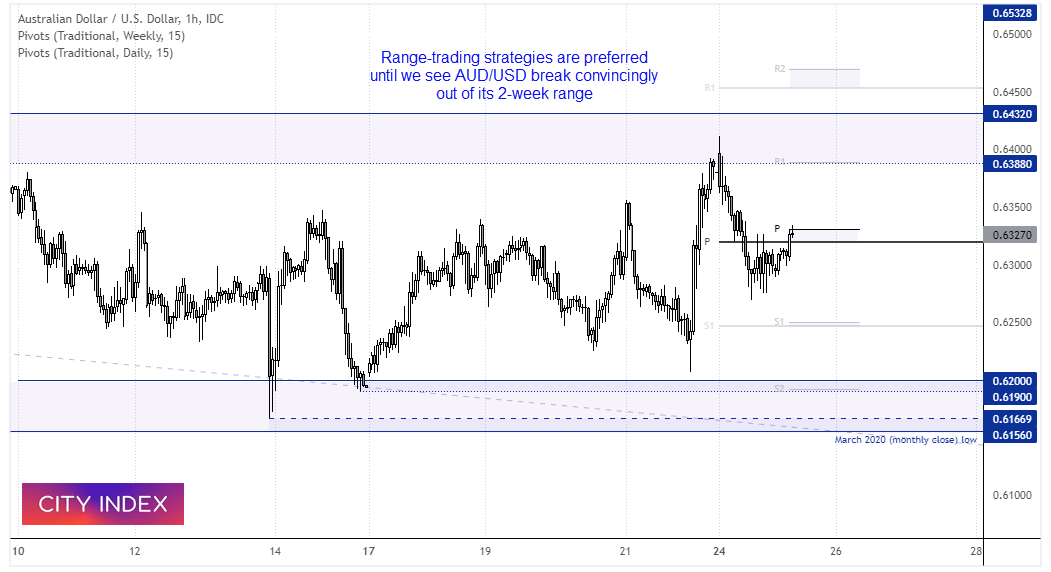 The Aussie has been confined to a range over the past two weeks. This has made it frustrating for breakout trader, but a delight for range traders. It does not come as a huge surprise that prices have held above the 2020 (close) low, due to the significance of the level. And the longer it holds as support, the higher the odds favour a break higher (in theory). But until we see a decent break of its current range, bears will likely be tempted to fade into rallies into resistance and bulls seek to buy dips around support.